Why Americans disagree on foreign policy, in two charts

The Pew Research Center just published its latest, major attempt to assess American public opinion. Its findings on foreign policy tell us that while liberals love the idea of engaging with the world, conservatives love the tool we usually use to do it, the military. This helps explain, in a very fundamental way, why the parties disagree where they do on foreign policy — and why Democrats often seem more united on foreign policy than Republicans.

Pew divided the American electorate into seven active parts (plus an eighth, largely apathetic group). The groups were determined by answers to a set of questions about policies and values: whether people thought environmental regulations did more harm than good, for instance, or how they felt about homosexuality. The liberal-leaning groups, which are marked in blue on the charts, tend to vote Democratic, and the conservative-leaning groups, in red, tend to vote Republican.

Americans seem to be different kinds of internationalists 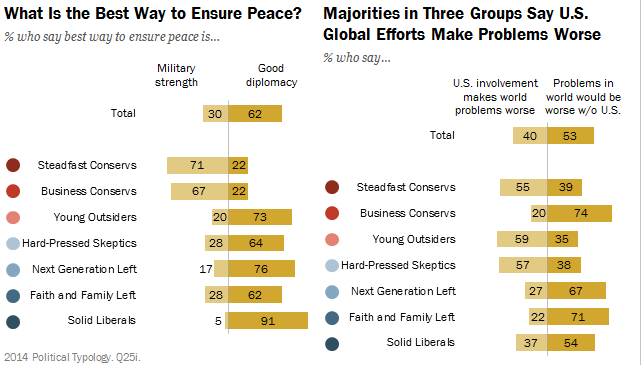 The only two groups that don't fit the trend, "Young Outsiders" and "Hard-Pressed Skeptics," are the ones who report the weakest involvement in party politics. So it's unlikely that their views would have the same level of influence on elected officials as the views that their bases would.

Pew's findings challenge foreign policy analysts' standard ideological categories, which usually link internationalism with support for the military. If you believe America's involvement in global politics makes the world a better place, you probably also believe that US military strength is an important reason why that's true. The American spectrum is divided between internationalists and isolationists — or so the stereotype goes. 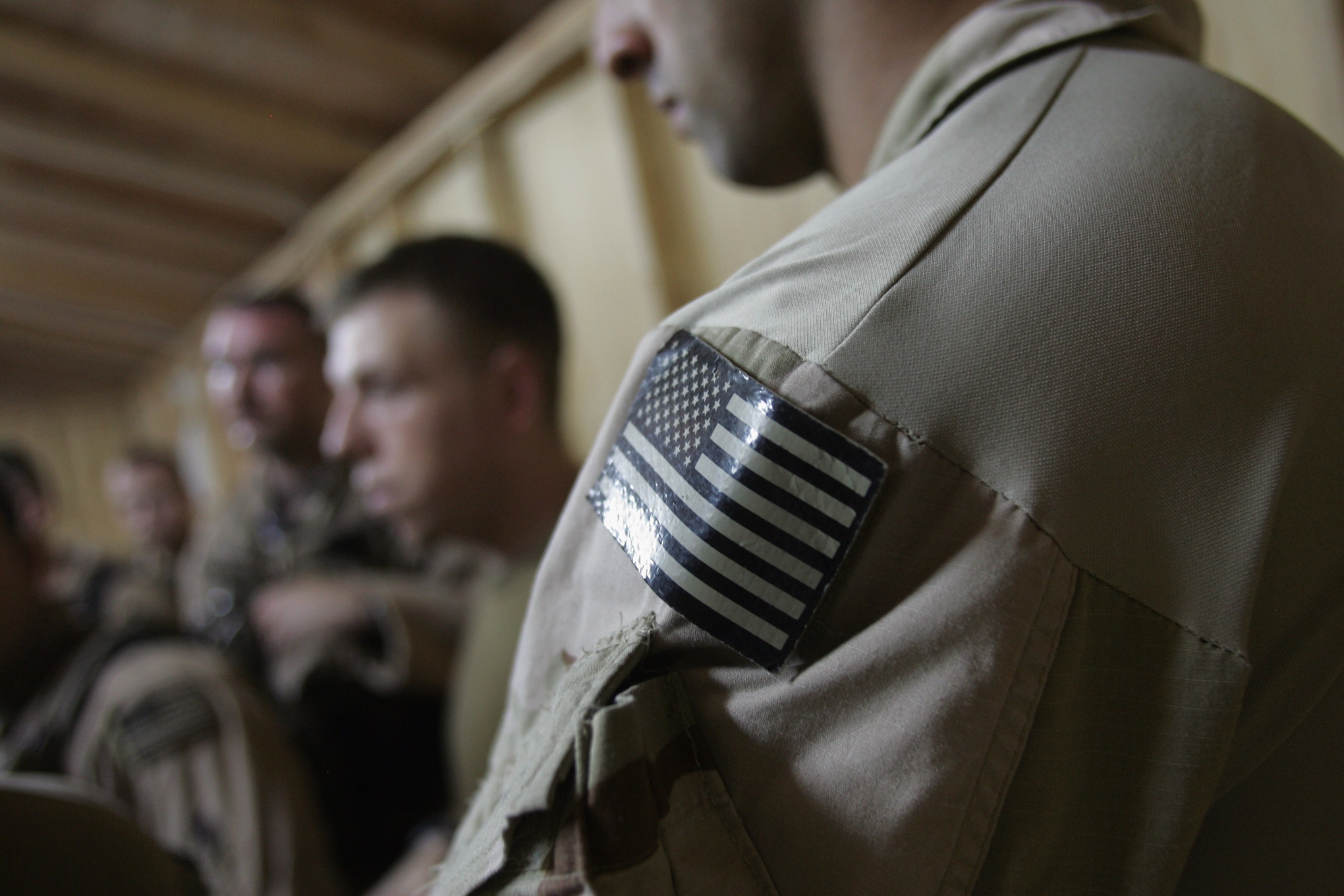 These divides explain some of the more obvious differences between the parties on foreign policy. Democrats tend to support the United Nations and foreign aid more than Republicans because they think these diplomatic initiatives make the world a better place. Republicans support a more aggressive stance on China and more militaristic responses to terrorism because they see the US' dominant military as a more effective means of keeping the peace than Democrats do.

There's also a more subtle point here. If you look at the chart, you'll notice that the two heavily conservative groups — "Business Conservatives" and "Staunch Conservatives" — disagree about whether the problems in world politics would be worse without American involvement. Meanwhile, the three strongly liberal groups all agree on this question.

That helps explain why the foreign policy debate often feels like Democrats are sandwiched between two different kinds of Republicans. Different clumps of Republican voters elect Rand Paul-style skeptics and John McCain-style interventionists, while the band of acceptable Democratic opinion on foreign policy is limited to a much narrower, moderately interventionist spectrum.

Other factors besides voters' beliefs shape American foreign policy, of course. But the Pew findings suggest that many of the divisions between the parties reflect actual disagreements in the electorate.