USA vs Germany — which country is better? These 9 statistical comparisons will tell you.

Share All sharing options for: USA vs Germany — which country is better? These 9 statistical comparisons will tell you.

The United States will play Germany tomorrow in World Cup soccer in Brazil. The stakes in the match are high. With a win or a draw, the USA will advance to the knockout round while a loss will leave the Americans hoping for a draw in the simultaneous Portugal-Ghana match.

So which country is best? Here are the rankings in nine key categories: 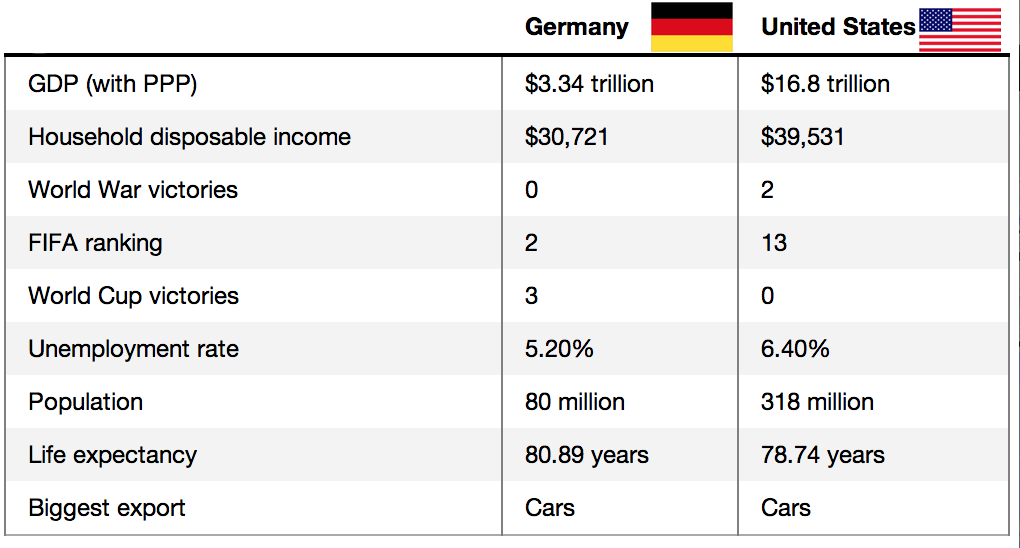 You'll see that the United States tends to dominate in categories that reward sheer scale or military prowess, while Germany tends to outperform in terms of social welfare and, um, soccer.

In other words, Germany will probably win, though for a more precise forecast you'll have to ignore this table and read Nate Silver who says Germany has a 64 percent chance of winning.