Share All sharing options for: What it would look like if the Syria war were happening in America

The entire city of Syracuse killed. The entire population of New York City displaced. That's what it would be like if Syria's war was happening in the United States, according to non-profit group If We Were Syrian.

In attempt to hammer home the horrific human cost of the Syrian civil war, If We Were Syrian calculated what it would be like if 160,000 people were killed and 9.3 million people evicted from their homes in the United States and the other six G7 countries. The results are horrifying: 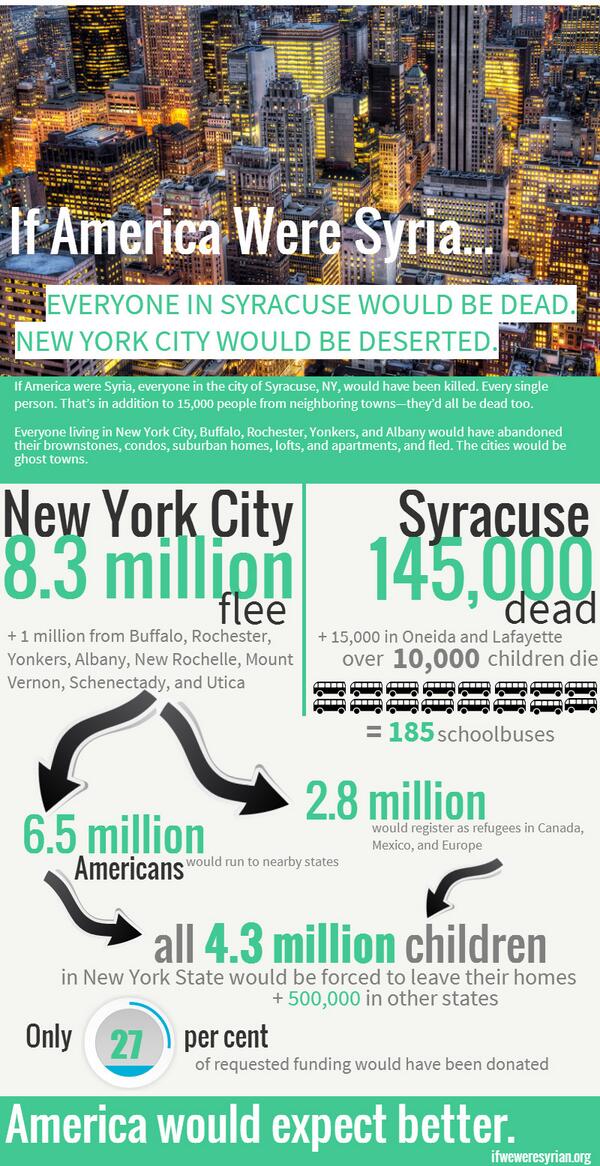 If you wanted to make it proportional to the size of America's population, the figure would be even more staggering. Syria had a pre-war population of roughly 22 million; the equivalent to 160,000 dead Syrians percentage-wise would be 2.3 million dead Americans. That's about twice the number of Americans who died in the Civil War, World War I, World War II, Korea, and Vietnam combined.

There's no end in sight in Syria. Meanwhile, the conflict in Iraq is merging with the war in Syria, as the Islamic State in Iraq and the Levant (ISIS) wages war on both nations' governments.