Surprise: the Supreme Court does know a lot about mobile phones

Share All sharing options for: Surprise: the Supreme Court does know a lot about mobile phones

A little over a month ago, there was a worry that the nine justices of the Supreme Court, were not the people we wanted to trust with an important cell phone decision. They had shown their cards during oral arguments: Justice Roberts said out loud that he thought the only reason someone would have two cell phones was if they were dealing drugs, Justice Scalia didn't seem to grasp the concept of HBO and Justice Sotomayor referred to Netflix as "Netflick."

The unavoidable question at the time was: Are these luddites really equipped to decide on whether or not the police need a warrant to search your cell phone? Do they even understand how we use phones today?

Then something funny happened on Wednesday when the decision of Riley v. California was delivered. The Court decided unanimously that (absent special situations and circumstances) police need a warrant to search your mobile phone — a sharp contrast to how the Department of Justice sees your phone. And Justice Roberts, the same guy who wondered if two cell phones meant you were dealing drugs, wrote one of the more definitive, literate, and important cultural observations of how we use our mobile phones today.

Your phone isn't like the trunk of your car, it's like the "shame box" in your closet

"Modern cell phones are not just another technological convenience," Roberts writes in his opinion. "With all they contain and all they may reveal, they hold for many Americans, 'the privacies of life.'"

That's a pretty literate take. Roberts makes the point that the Court knows that cell phones aren't just tiny phonebooks with all of your friends' numbers anymore  — they keep your bank account, health information (my doctor e-mails me), private photos, and Flappy Bird scores, all of which deserve the privacy afforded to you.

Your phone is also your crappy doctor

One of the cruel realities of the 21st Century is the ability to use the internet to self-diagnose your medical ailments: 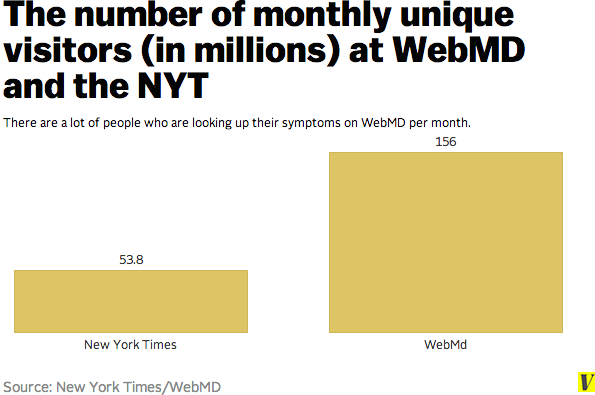 Roberts knows that we all are guilty of playing that game, and is attuned to the privacy problems that causes:

An Internet search and browsing history, for example,  can be found on an Internet-enabled phone and could reveal an individual's private interests or concerns —perhaps a search for certain symptoms of disease, coupled with frequent visits to WebMD.

The Supreme Court knows you're on Tinder

"There are apps … for every conceivable hobby or pastime; apps for for improving your romantic life," Roberts writes.

Your phone is also a tracking device

One of Roberts's more astute observations is that cell phones/smartphones, through GPS, create a new set of locational data that is immensely revealing about your life.

"Historic location information is a standard feature on many smart phones, and can reconstruct someone's specific movements down to the minute, not only around town, but also within a particular building," Roberts wrote.

Back in the day, people apparently carried pictures of their children and significant others in their wallets. Phones have replaced that and a lot of us are carrying around a small lifetime of photos. Roberts writes:

So why are we still calling it a phone?

The Supreme Court's good and well-rounded understanding of how integral smart phones are to our lives brings us to this final question: Why are we still calling this device, this gateway to our digital lives that is afforded the same 4th Amendment protection that our homes get, a phone?

If the dinosaurs on the Supreme Court, the ones we were mocking just a short time ago, have figured out that a cell/mobile/smart phone is so much more than a phone, maybe it's time we change too.