MAP: California houses are overpriced, the midwest is dirt cheap

Share All sharing options for: MAP: California houses are overpriced, the midwest is dirt cheap

The real estate site Trulia has a couple of new tables out about what they call the most overvalued and most undervalued housing markets in the country. The geography here is interesting, so I turned their findings into a map — red pins are on the undervalued markets and blue squares are on the overvalued ones. 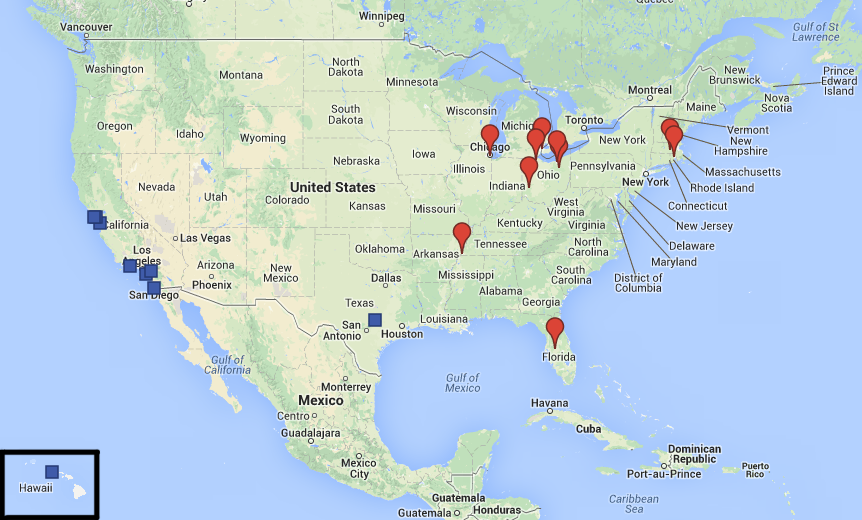 What overvalued and undervalued mean in this context is value relative to what Trulia considers to be the "fundamentals" of the local housing market. Those fundaments are, in essence, a combination of local incomes and local rents. So in the San Jose area (which includes most of Silicon Valley) incomes and rents are both high, so we would expect home prices to be. What Trulia finds is that home prices are even higher than we would expect based on those factors in San Jose and a range of other California markets.

Conversely, houses are cheap in two small New England markets (Providence and Worcester) and a whole bunch of Midwestern ones. Indeed four of the ten most undervalued markets are in Ohio.

Based on Trulia's language, this basically means that you should go buy a house in Ohio and get a great deal while homeowners in Coastal California may be in for a price crash. Another interpretation is that this is a market forecast that the Ohio economy is going to collapse, while California, Austin, and Hawaii will grow fast enough to justify their valuations.

The White House knew January 6 would be “real, real bad”