The skeptic's case for bombing Iraq

Share All sharing options for: The skeptic's case for bombing Iraq

The Obama administration's decision to deploy 300 elite ground troops in Iraq really looks like a prelude to a possible US bombing campaign there. For those skeptical of a military intervention in Iraq, including myself, this might seem crazy: most of the arguments for some kind of US involvement have been pretty terrible. Obama's opposition to the Iraq War was prescient; how could he possibly think going back into Iraq is a good idea?

So I was surprised when I spoke to Douglas Ollivant, the former national security adviser for Iraq under both Bush and Obama and current managing partner at Mantid International, and he offered a clearer rationale for limited airstrikes in Iraq. Strikes, Ollivant argued, could significantly limit the Islamic State in Iraq and the Levant (ISIS)'s ability to threaten the Iraqi government and civilians. He thinks that this would be helpful enough to merit the risks.

"they come out of their hole, the US air force can destroy them in detail"

Ollivant's plan isn't without downsides, foremost among them that "limited" strikes don't typically stay limited. But if nothing else it's a good window into the kind of thinking that might actually be animating the administration's possibly in-the-works strikes plan.

We have two different problems in Iraq

Ollivant is no one's idea of a hawk. He's one of the leading critics of the so-called "Surge Narrative" — the idea that the Bush administration's decision to send 30,000 extra troops into Iraq in 2007 and adopt a counter-insurgency strategy turned the tide against al-Qaeda in Iraq. "The crisis of violence in Iraq in 2006-2008 was fundamentally a political problem," Ollivant writes, "that the U.S. lacked the capability to resolve."

He thinks the same thing about Iraq today. To hear Ollivant tell it, the current problem is fundamentally political, a deep conflict between Iraq's three main ethno-religious factions over who controlls the instruments of the state.

Nevertheless, when asked about the administration's hypothetical airstrikes — which he thinks are "likely coming" — he said "I'm a fan."

In Ollivant's view, ISIS and the Iraqi civil war are two fundamentally distinct problems: intertwined, to be sure, but ones that may need to be addressed separately at times. "Even in a world where we can imagine that Iraq transformed into Sweden, and had a well-trained Swiss guard-like force that makes all of Iraq impenetrable to ISIS," Ollivant told me, "ISIS is still a thing." Solving Iraq's internal problems, in other words, does not necessarily solve ISIS.

"If they can't get into Iraq, they'll go to Jordan, Lebanon, [or] Israel" from their base in Syria, he said. ISIS territory is "international jihadist central — it's not a safe haven in a weak state, it's a weak state that serves as a safe haven. That needs to be dealt with."

ISIS' offensive in Iraq, in that sense, presents something of an opportunity. "With ISIS massing for some kind of fight in and around Baghdad, that makes them uniquely vulnerable to airstrikes in the coming weeks," Ollivant said. ISIS militants hiding in cities or remote Syrian training camps are much harder to find, but "they come out of their hole, the US air force can destroy them in detail." Killing lots of ISIS operatives would, in the short term, severely degrade their ability to threaten the Iraqi government or other states in the region.

"You kill a couple of convoys, and all of a sudden it's a different game"

Even if they didn't mass together for a push on Baghdad, Ollivant says, US airstrikes could hurt them. "Even if they don't mass, they're very stretched out," he said. "From Raqqah [Syria] through Fallujah and Mosul to Kirkuk, they've got to be using convoys to move back and forth. You kill a couple of convoys, and all of a sudden it's a different game. They're isolated in these cities [and] that turns them into a different kind of target that maybe the Iraqi army would be able to handle."

Ollivant doesn't think this alone would come close to fixing the ISIS problem. The only real solution, in his mind, is political: "the broken internal politics of Iraq make it deeply vulnerable to ISIS and that needs to be fixed," he said.

But strikes can't wait on political reform, he says. ISIS attacked while Iraq was forming a new government, which Ollivant compared to "attacking the United States the day or two after a presidential inauguration." In his estimation, the fastest conceivable time the Iraqi government could be up and on its feet is two months, and that's if everything goes right. Meanwhile, the immediate ISIS crisis "is going to present itself in the next three to ten days; maybe one to 12 days." (We spoke on June 20th.)

How plausible is Ollivant's argument? I asked Robert Farley, a political scientist at the University of Kentucky who studies airpower, for a second opinion. Farley has been deeply skeptical of various plans for the US to bomb ISIS, but he seemed more open to Ollivant's proposal.

"I think that's an argument that comports with my understanding of what airpower could accomplish at an operational or tactical level. It's what we saw airpower do in the Libya conflict, similar to what we did in the Afghanistan operation," he said. "In terms of your best case scenario for being able to use airpower, disrupting a conventional offensive is what makes the most sense." 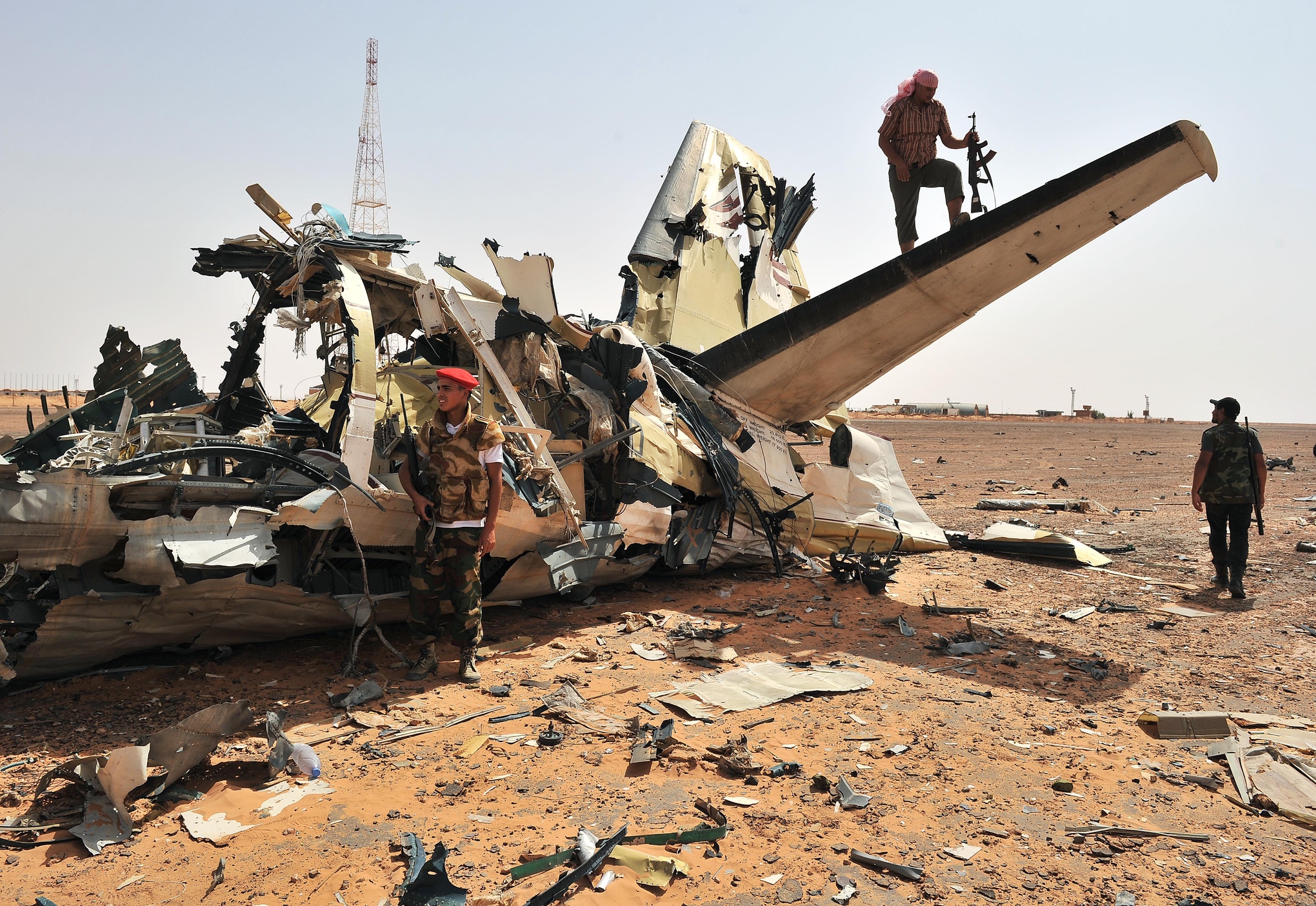 But Farley cautioned that it might be hard to keep the bombing limited to simply disrupting ISIS' current offensive progress. If the broader strategic goals is to dislodge ISIS from the territory it currently holds, that could imply a much more ambitious airpower campaign than the one Ollivant proposes. "This is what happened in Libya," Farley warns. "We went from disrupting a Qaddafi offensive to close air support of a rebel offensive against the Qaddafi government."

Moreover, any campaign risks civilian casualties — and the more it expands, the riskier it becomes. Even the Obama administration admits that US intelligence in Iraq is too weak to support a bombing campaign at present; the president said publicly that the 300 troop deployment is designed to fix that. Bad US intelligence would mean the wrong people get bombed, a risk that becomes greater as the campaign becomes more ambitious.

"this is what happened in libya," farley warns

If the Obama administration does begin bombing Iraq, the question will then become how good they are at keeping it limited. "Do they want to curtail this as just stopping the ISIS offensive?", Farley asks, "Or do they see this as a door opener to rolling back ISIS?"

It's impossible to say for sure, but Ollivant is surprisingly optimistic about the Obama team's plan for Iraq. "The conversations that are now going on in the administration are pretty sophisticated," he said. "I'm very, very critical of the administration's neglect of Iraq for the last six years. That said, once this crisis has started, I think they've done almost everything right."

If they keep doing what Ollivant thinks is right, we could expect airstrikes any day now.