Share All sharing options for: You can go to more countries with a Swedish passport than an American one

The US passport allows Americans to enter 172 countries without any sort of visa. But passport wielders from Finland, Sweden, and the UK can visit 173 countries — one more than the US — without a visa. 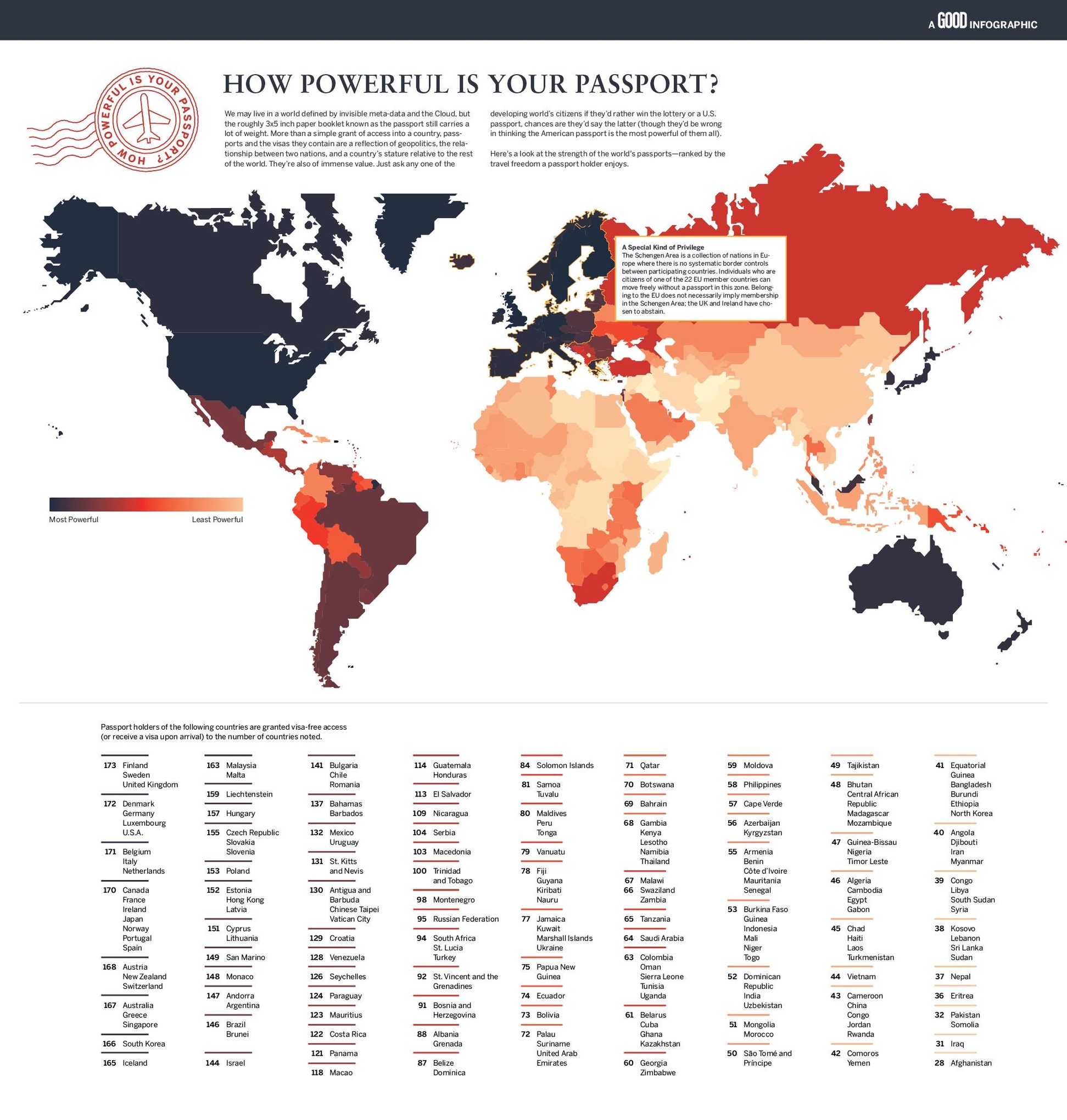 The map above, from Good Infographics, ranks the strength of each country's passport. Toward the top are the wealthy, stable Finland, Sweden, UK, Denmark, Germany, Luxembourg, and US. Toward the bottom are conflict-ridden Afghanistan, Iraq, Somalia, and Pakistan.

So what's that one country that requires a visa from a US citizen but not a British, Finnish, or Swedish citizen? Bad news, World Cup fans: it's Brazil.

As Good Infographics explains, the places passports unlock are often a reflection of geopolitics, the relationships between nations, and the country's stature relative to the rest of the world. So it's little surprise that some of the world's most powerful, wealthy countries have so much sway, while some of the least stable nations lag behind.

There are a few surprises, though. China, for instance, is now the world's second largest economy, yet its passport only unlocks visa-free access to 43 countries. That suggests China's huge economic worth hasn't turned into much international influence just yet.

Update: Specified that Brazil is the country that requires a visa from US citizens but not British, Finnish, or Swedish citizens.