Share All sharing options for: 9 reasons there's about to be a huge political fight over the Export-Import Bank

The Export-Import Bank, an obscure government agency that normal people don't have strong feelings about is poised to become the white hot center of the political universe later this summer as a result of Eric Cantor's shocking defeat in a primary election earlier this month. The connection between the Bank and Cantor isn't obvious, and the Bank is sufficiently obscure that it's an unlikely candidate for a major partisan fight. And yet a major fight is likely. These nine points will help you understand why.

1. On the big issues, Eric Cantor's replacement is just like Eric Cantor 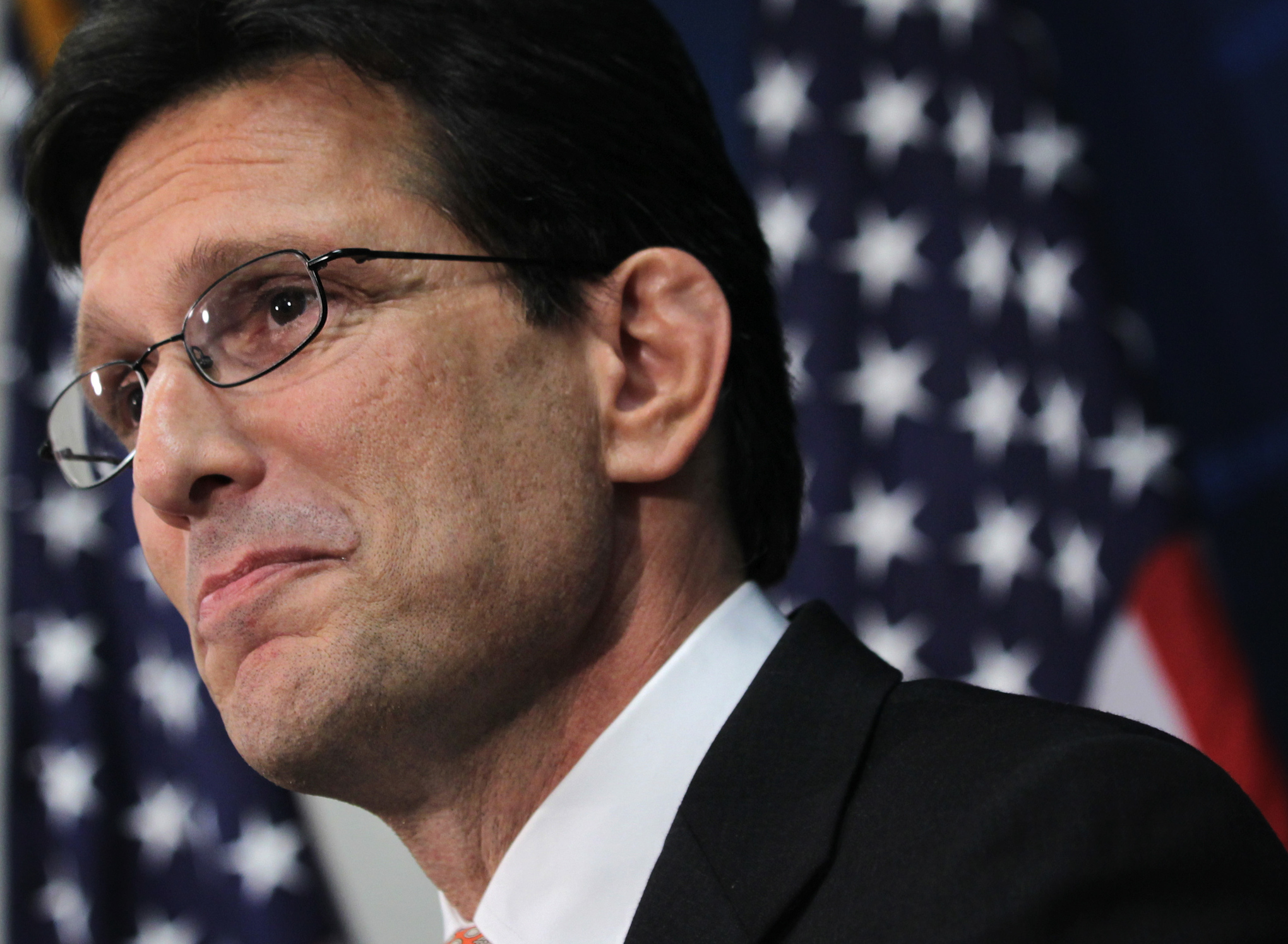 We have covered this terrain before, but it's worth emphasizing that on the major issues of the day new House Majority Leader Kevin McCarthy has all the same opinions as former House Majority Leader Eric Cantor. Both want to ban abortion, repeal Obamacare, slash taxes on high-income households, and block a path to citizenship for unauthorized migrants living in the United States.

Cantor's defeat at the hands of challenger Dave Brat was genuinely surprising in a political world where there aren't a ton of surprises. But in terms of big picture politics, it's not a huge deal.

2. But there are a lot of not-so-big issues

This is an actual government program at work (Dairy Management Inc.)

The United States of America is a big place, and its government does a lot of stuff. For example, did you know the US Department of Agriculture runs a Dairy Checkoff Programin which it partners with major fast food companies to design innovative cheese-intensive products such as Taco Bell's double steak quesadillas and Pizza Hut's 3-cheese stuffed pizza crust?

You probably did not. But that's just one small example of the wild world of random stuff happening in the federal government. Because these kind of programs are small, they are not necessarily well-incorporated into big picture ideological politics and even a Republican Party that's highly unified can be full of disagreements about small stuff.

One not particularly important issue where Republicans do disagree is the Export-Import Bank.

Back in 2012, conservatives made a push to eliminate the Export-Import Bank but the GOP leadership — including Cantor — ultimately cut a deal that kept the bank running.

3. Kevin McCarthy is altering the deal 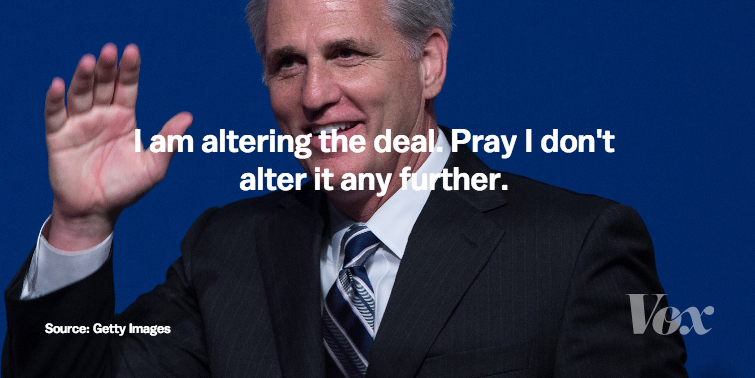 The Cantor-brokered deal expires in September, and even though McCarthy voted for the deal he says he's against renewing it and will now hold out for total elimination of the Export-Import Bank.

This does not so much reflect a deep-seated philosophical difference between Cantor and McCarthy as a pragmatic acknowledgment by McCarthy that he has to shift right on something, to show he "gets" discontent with Cantor.

4. The Export-Import Bank is a great example of libertarian populism 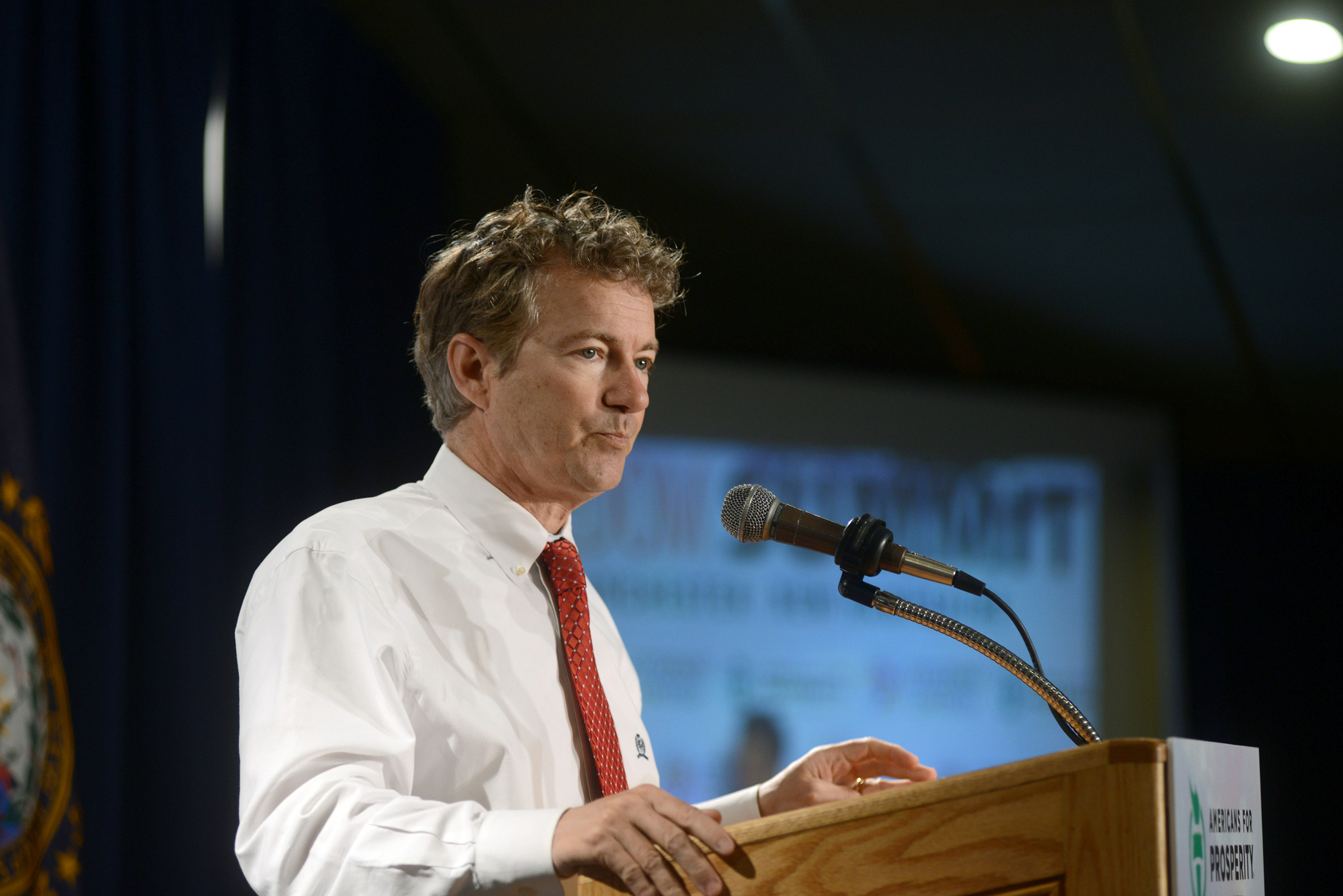 There is an influential current of thought in right-of-center America flying under the banner of libertarian populism, which holds that a free market agenda can be framed as a fight for the interests of the little guy.

The Export-Import Bank is a great example of the kind of thing a libertarian populist might oppose. That's because the bank is a pretty textbook example of the government stepping in to arbitrarily help certain business owners. The way it works is that the Ex-Im Bank guarantees loans extended by private financial firms to foreign companies that want to buy certain US-made products. The main beneficiaries of this scheme are a handful of large American manufacturing companies — Boeing, GE, and Caterpillar prominent among them — who are in effect receiving a subsidy.

Secondary beneficiaries include the private financial firms whose loans are guaranteed and the foreign customers who get access to discount loans via the Ex-Im Bank.

If you want an example of big government stepping in to help out some favored businesses, you're not going to find a much better example.

5. The drive against the Ex-Im Bank was heavily influenced by Delta's lobbyists 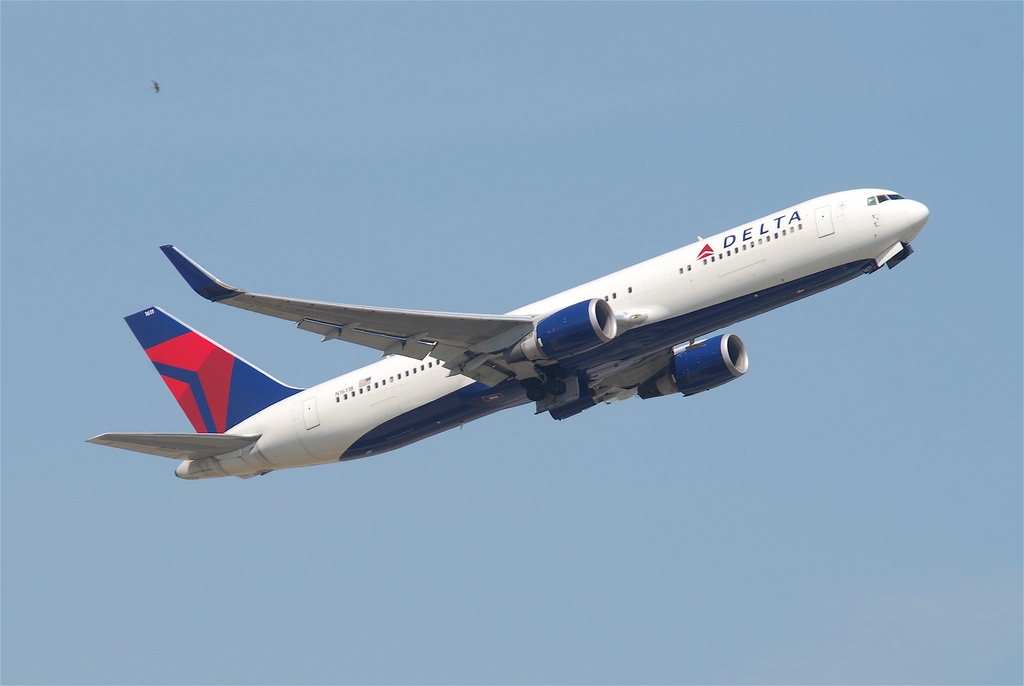 Given the Ex-Im Bank's iconic role among libertarian populists as an example of crony capitalism, it is mildly amusing that the drive to kill it was largely undertaken at the behest of lobbyists for Delta.

You see Ex-Im Bank loans are available for the export of manufactured goods (such as airplanes) but not of services (such as airline tickets). So foreign airlines were receiving subsidized loans to buy Boeing planes that would then compete with Delta, which did not get subsidies to buy its airplanes or subsidies to sell airline tickets to foreigners. Delta, understandably, was not happy about this situation and pushed to kill the bank.

The deal that was eventually struck to keep it open addressed some of Delta's specific concerns, forcing the bank to reduce the share of its portfolio that went to Boeing and directing the Treasury Department to initiate international negotiations to reach a global end to aircraft subsidies.

One great thing about federal loan guarantee programs is that when properly structured they are free to the taxpayer. The federal government is considered extremely creditworthy by international investors. Consequently, it can borrow money extremely cheaply. It can take advantage of that by offering cheap loans (or loan guarantees) to private entities, while still charging a higher interest rate than it pays.

Of course, those profits are somewhat undercut by defaults and non-performing loans.

But on net, the fees and interest the Bank charge easily cover the cost of the guarantees. Consequently, in 2013 the Ex-Im Bank made about $1 billion for the Treasury Department. Over the past five years, it's made about $2 billion in total.

7. Critics want to use a different accounting rule that makes it look expensive 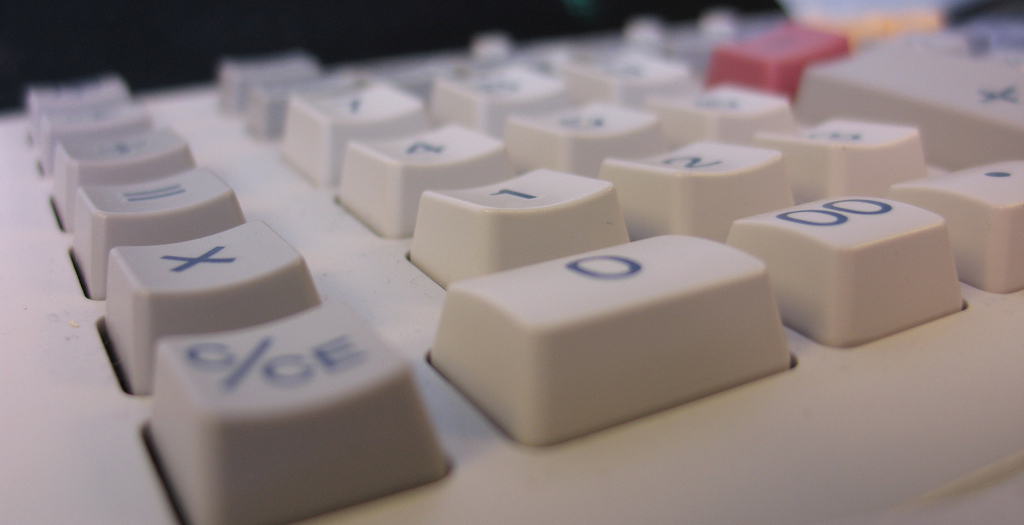 The fact that the Export-Import Bank is a profit center for the government is somewhat embarrassing for opponents, who would prefer to castigate it as a costly boondoggle. Consequently critics generally prefer to use a different account methodology that makes it look costly.

This methodology is called fair-value accounting. The idea of FVA is that rather than look at the actual costs incurred by the government, federal credit programs ought to be scored as if the government had to pay private sector interest rates. The good thing about FVA is that it gives a fuller picture of the actual value of the subsidy that borrowers are receiving. One might infer from the surface profitability of the Ex-Im Bank that there is no subsidy at all, but this is mistaken. As FVA methodology makes clear, firms that receive Ex-Im Bank loans are obtaining credit on considerably more favorable terms than the private market would provide. This creates a real (albeit modest) distortion in the overall shape of economic activity.

The problem with FVA, as the Center on Budget and Policy Priorities points out, is that it captures the true value of the subsidies by misstating their cost. 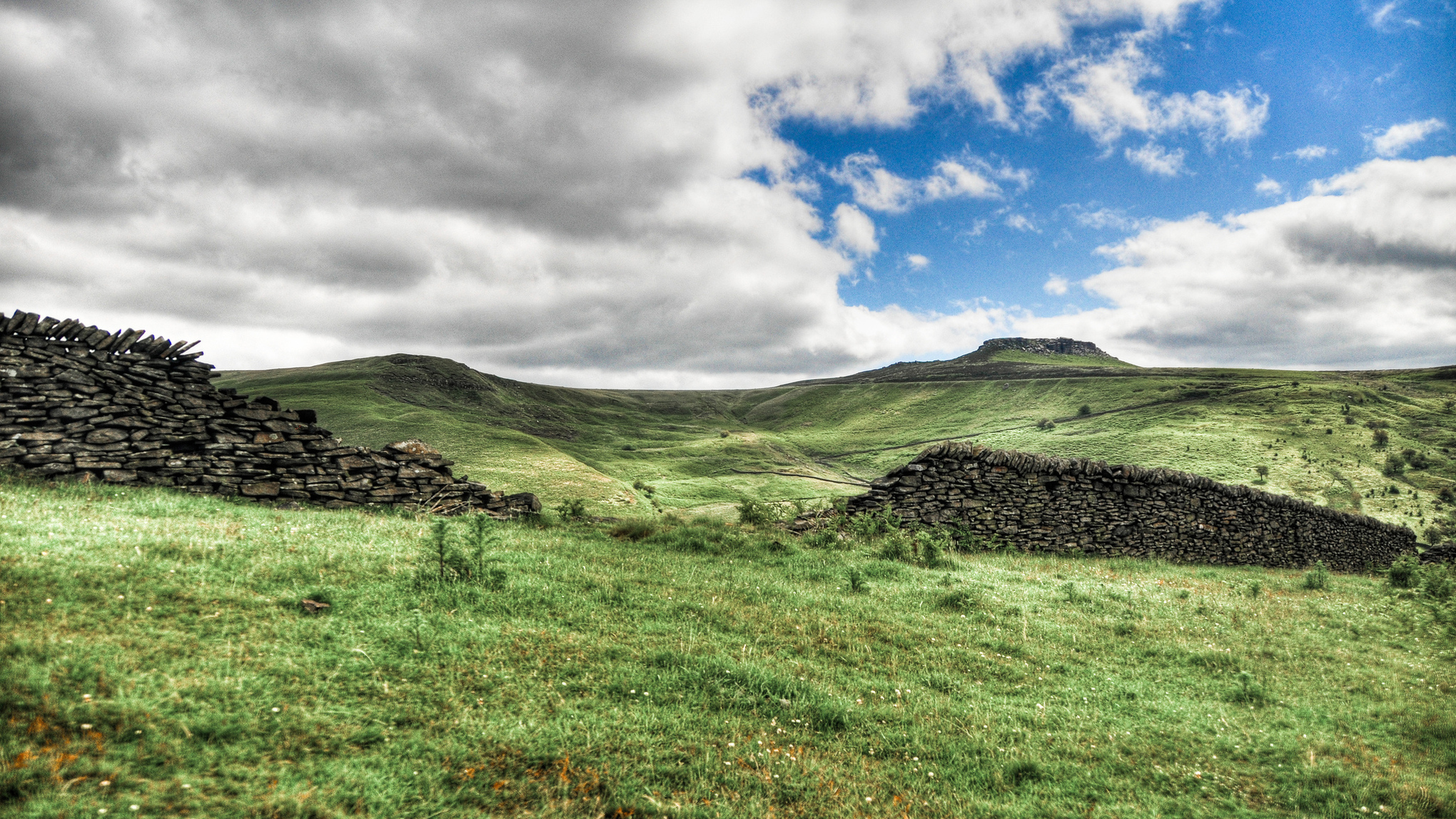 "The Ex-Im Bank is critical to leveling the playing field in a fiercely competitive global economy where many foreign export credit agencies offer generous terms to our competitors," said Jay Timmons, President and CEO of the National Association of Manufacturers in one of his various canned statements on the matter.

This has become a key affirmative argument for Export-Import Bank fans — it may be crony capitalist subsidies for favored businesses, but it's necessary because foreign governments are handing similar subsidies to their businesses.

The level playing field argument is accurate, though it's not clear that it's compelling. If the government of South Korea chose to buy a top-end Samsung smartphone for every person in the United States that would unquestionably be sad for Apple and perhaps even in some sense unfair. But it would also be nice to have a free smartphone, and it's certainly not obvious that it would be good public policy to counter by having American taxpayers give free iPhones to South Koreans. Maybe we should just take the free phones?

9. The Ex-Im Bank has a lot of powerful friends 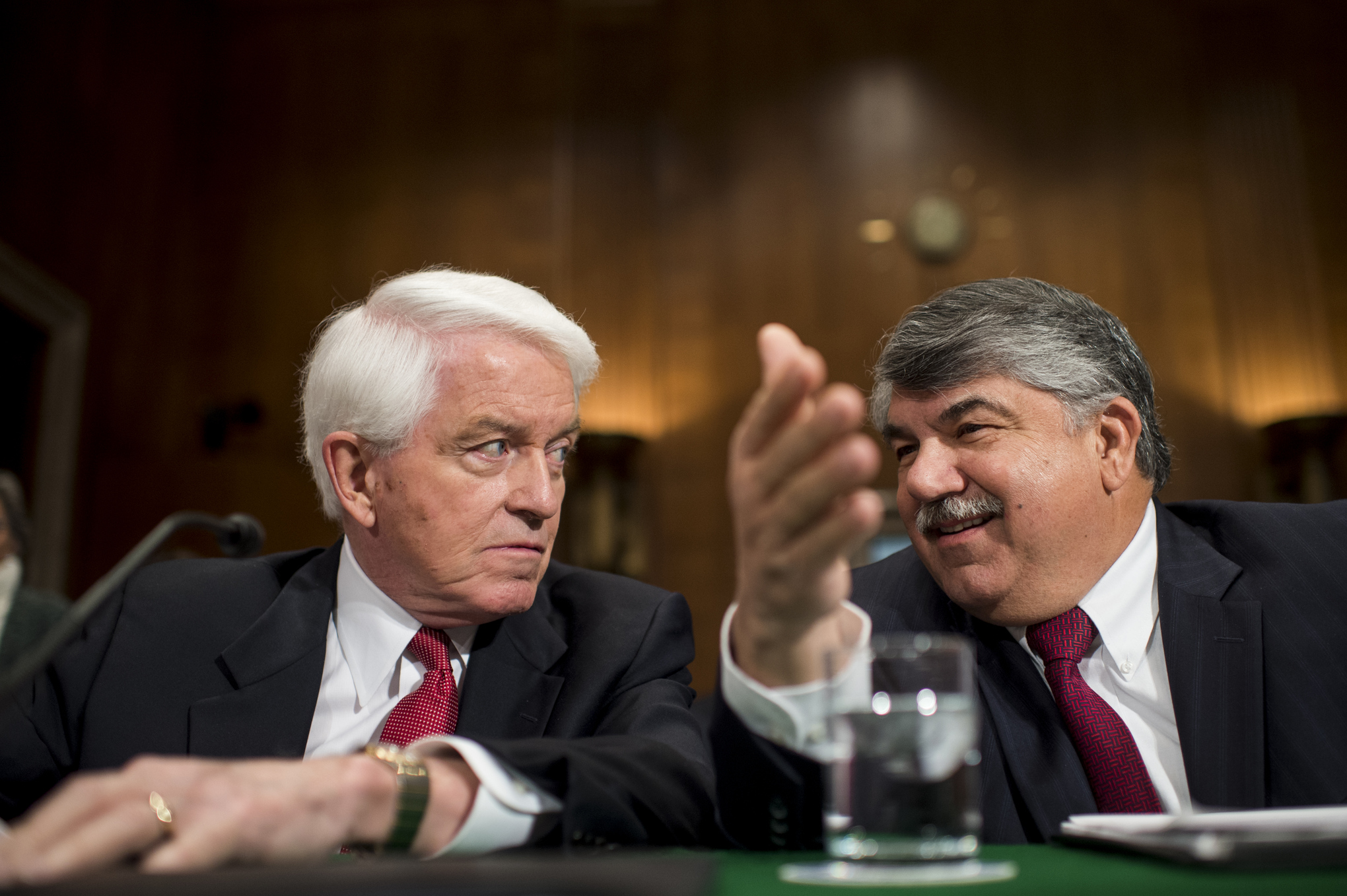 The fact that it's the National Association of Manufacturers — normally a right-wing business group — that's out there pushing back against tea party criticism of the Export-Import Bank should help you understand why this program has long enjoyed bipartisan support. The US Chamber of Commerce, which has invested millions in electing Republican members of congress and trying to defeat Barack Obama, is also part of the coalition in favor of Export-Import Bank reauthorization.

Because many of the firms who receive Export-Import Bank assistance are unionized, the AFL-CIO is supportive of its mission crating a relatively rare point of unity between America's main labor group and its main corporate lobbying organizations.