One in 20 Americans report being newly insured in 2014, and more than half of the newly insured say they obtained health insurance through Obamacare's exchanges, according to new data from Gallup.

Gallup previously found the nation's uninsured rate remains at 13.4 percent after a peak of 18 percent last year. That finding, along with the new data, suggests that Obamacare helped millions of Americans gain health insurance after open enrollment began last October.

The bad news is that newly insured exchange enrollees reported worse health to Gallup than the national adult population. 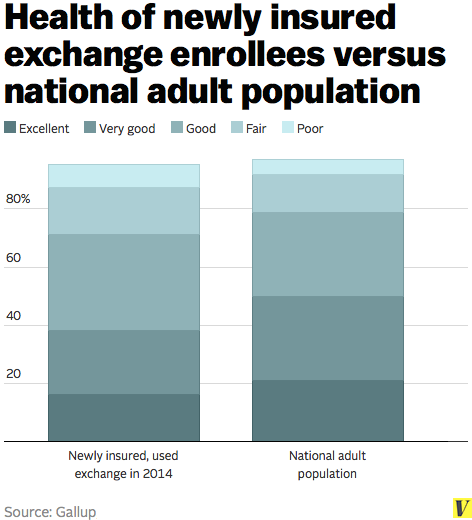 The data is based on self-reports, so it could be off. But if it holds true, it could suggest that the newly insured population will use more health services and, therefore, drive up health-care costs for the rest of the country.