Where the world’s 10 billion people will live, in one GIF

Share All sharing options for: Where the world’s 10 billion people will live, in one GIF

Demographers say more than 80 percent of the global population will live in Asia and Africa by 2100:

The chart above comes from GeoHive's analysis of various international data sets. It shows how the world's human population shifted over the past few centuries and is projected to do so over the next century. 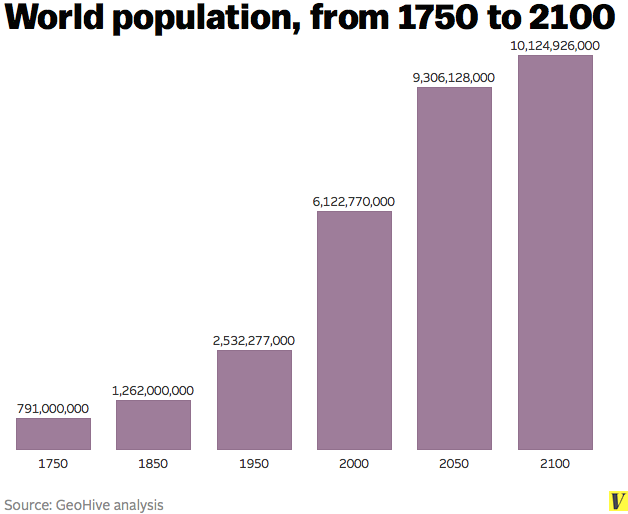 It's worth taking the projections with some skepticism. Just like people in the 1600s had a difficult time predicting the population boom caused by the Industrial Revolution, humans today have a hard time seeing what's going to cause the population to grow or decline in the coming decades. Runaway global warming or nuclear war, for instance, could significantly hinder humanity after 2050. Or maybe there will be some sort of development in genetically modified foods or nuclear fusion that will make much more human life sustainable. It's hard to say.