Share All sharing options for: Pesticide exposure during pregnancy may be linked with autism — but it's still uncertain

Autism rates have skyrocketed in recent years: currently, about 1 in 68 children born in the US are diagnosed with autism spectrum disorder.

Though there are some genes involved in causing autism, this increase suggests some sort of environmental factors are also involved — and in recent years, researchers have been been trying to identify them with increasing urgency. A new study published in the journal Environmental Health Perspectives suggests a possible culprit: pesticides.

The study, conducted in California, showed that pregnant mothers who lived within three quarters of a mile of agricultural fields where certain types of pesticides were sprayed had a 60 percent higher chance of having a baby who'd be diagnosed with autism.

Now, this isn't proof that these pesticides cause autism: it shows the chemicals are correlated with it, but doesn't rule out the possibility that both pesticide exposure and autism are caused by a third, unrelated factor. It's also important to note that it involves airborne pesticides near farms, not residue on store-bought produce.

Still, given what we know about pesticides, it's compelling enough to merit further research — and means, the researchers say, that women should avoid airborne pesticide exposure during pregnancy in the meantime.

How the study was conducted 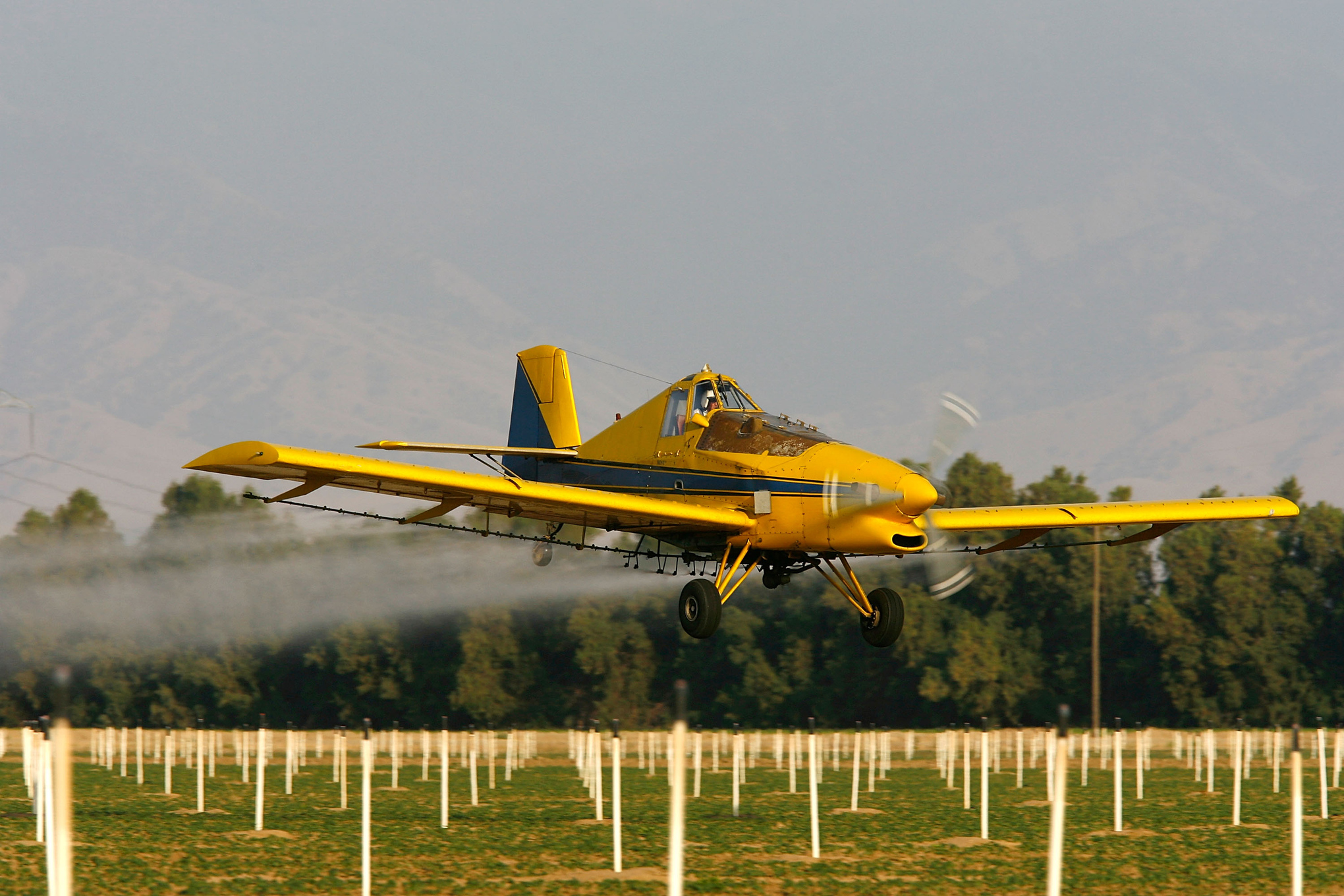 The researchers, from UC Davis and elsewhere, analyzed data from the ongoing CHARGE Study. As part of it, surveys are sent out to thousands of California children — both those diagnosed with autism and others — in order to asses the role of environmental factors in causing the condition.

the researchers mapped data from california's pesticide use report

In this case, the researchers considered survey responses from 970 parents of children currently between the ages of two and five across the state. Using the address history the parents had reported, they mapped where they'd been living while they were pregnant.

Then, they mapped data from California's Pesticide Use Report — a database of every pesticide application in the state on an annual basis. Because California requires all farmers to report on their pesticide use, it allowed the researchers to compare the two sets of geographic data and look for a correlation.

What the study showed

For pregnant mothers, there was a strong correlation between proximity to agricultural fields where certain pesticides were being sprayed and the likelihood that their children would eventually be diagnosed with autism.

if the sprayings occurred during the third trimester, there was a 107 percent increased risk of autism

In total, about one third of the addresses were within 1.5 km (.93 miles) of an agricultural field where one of four different types of pesticides were sprayed during pregnancy. One class of pesticides called organophosphates seemed to be especially important: mothers who lived within 1.5 km of fields where they were sprayed had a 54 percent increased chance of having a child diagnosed with autism.

Additionally, there was a link between the total amount of pesticides sprayed and the risk of autism. For every additional 100 pounds of chloropryifos — a type of organophosphate pesticide most often applied to fields of cotton, corn, nuts, and fruit trees — sprayed within a mile of the parents' homes during the course of a pregnancy, there was a 14 percent higher chance of having a child diagnosed with autism.

So does this mean pesticides cause autism? 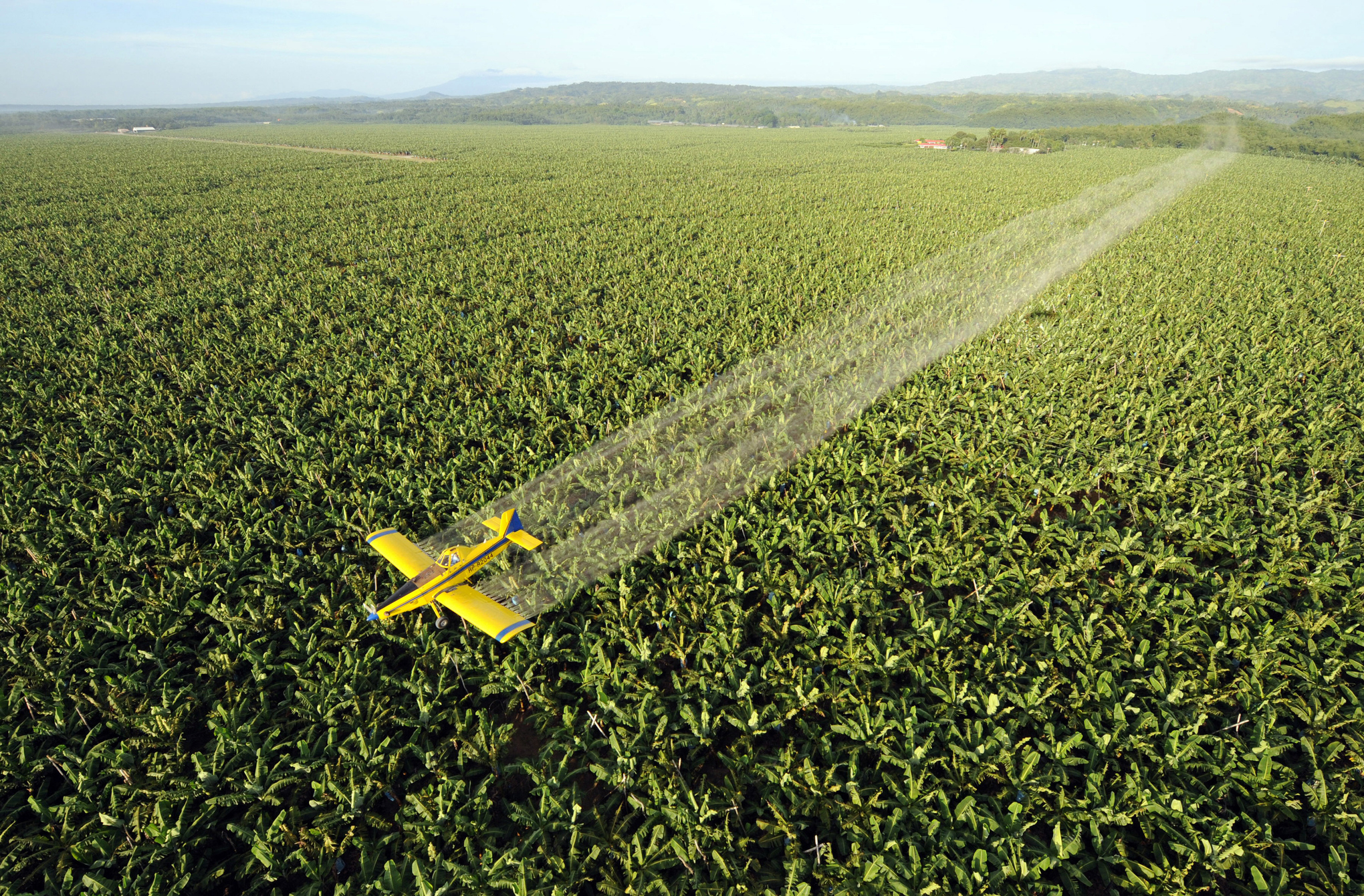 Not quite. The only real way to prove that pesticides cause autism would be a randomized controlled trial — in which, theoretically, some mothers would be assigned to live near fields where pesticides are sprayed, and others aren't, and autism rates are assessed afterwards. Obviously, this wouldn't be practical nor ethical.

This observational study shows there's a correlation between the two factors. This correlation could potentially be caused by a third, unrelated factor — say, parents with the genes that make autism more likely tending to move to agricultural areas — but there are a few reasons to think this isn't the case.

The most basic one is that the researchers adjusted their analysis for several socioeconomic factors (such as parental education and home ownership), as well as other sorts of factors, like vitamin intake during pregnancy. This means that even when they compared sets of parents with similar levels of education and vitamin intake, living near fields where pesticides are sprayed made autism more likely. Of course, they could have theoretically overlooked another important factor that's at the root of the correlation, but other researchers not involved with the study have confirmed that its design is sound and didn't ignore any obvious factors.

Most importantly, we already know that the pesticides in question are neurotoxins. They're used on crops because they kill insects, but in high enough doses they also kill humans and other animals, chiefly by interfering with the proper functioning of the nervous system. Previous studies on rats have suggested exposure to these pesticides during pregnancy disrupts nervous system development, leading to behavioral changes later on.

We certainly don't know that pesticides cause autism, but all this makes the idea look more like a genuine link, rather than a bogus correlation.

This new study further suggests that, in humans, airborne pesticide exposure during pregnancy could potentially lead to autism.

But it doesn't prove it. What it will do is fuel more research into the link between pesticides and autism, both with animal subjects and using human epidemiological data.

One thing to note is that even if it were proven, this hypothesis wouldn't account for the entire recent increase in autism diagnoses — it'd just be one of many contributing factors. Other research has suggested that air pollution and heavy metals may also play a role. And this concerns airborne pesticides near agricultural fields, not necessarily residue on fruits and vegetables you buy at the store.

In the meantime, though, the study authors recommend that women who are pregnant (or planning to become pregnant) avoid airborne exposure to these and other pesticides. That's partly because there's definitely no benefit to exposure (unlike, say, for vaccines, which have been blamed for causing autism despite a total lack of evidence).

Unfortunately, many women aren't able to make this choice for a few different reasons. One is that the vast majority of states, unlike California, don't collect detailed data on pesticide spraying. Another is that many families living nearby these fields in California lack the socioeconomic mobility to simply uproot and move because of a potential risk.