Wall Street is talking about inflation, but betting against it

Share All sharing options for: Wall Street is talking about inflation, but betting against it

Joe Weisenthal at Business Insider has an entertaining piece up about yet another surge in Wall Street chatter about inflation versus Janet Yellen's confidence that inflation is under control.

He frames this as a big battle between the Street and the Fed, but when it comes to Wall Street it's always crucial to distinguish between what people say and what people do. Wall Street guys, like people in general, enjoy bullshitting about politics and reenforcing their own prejudices. But unlike most people they also have millions or billions of dollars on the line in these matters. So are they putting their money where their mouth is? 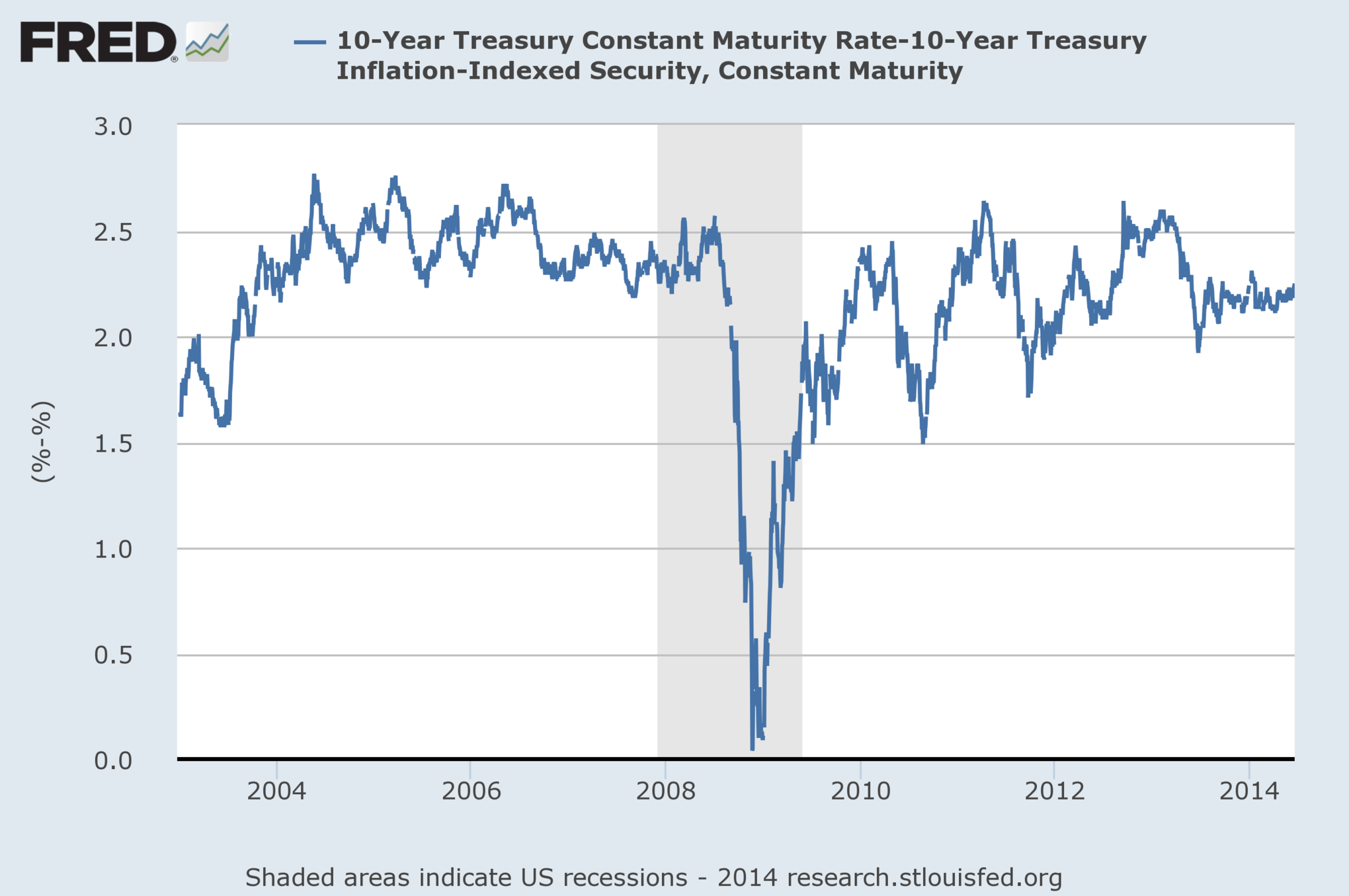 This chart from the St Louis Fed shows the market interest rate paid on a normal 10-year Treasury bond minus the market interest rate paid on an inflation-adjusted 10-year Treasury bond. The gap between the two is the implicit market price of inflation protection. We can see that the market expectation of inflation has been higher several times during the post-crisis years and was consistently higher for years at a time before the financial crisis.

In other words, there's no actual money being placed on this contention that inflation is back.

Another useful measure of expectations comes from the Cleveland Fed. The downside of this measure is it's based on a very complicated formula that makes it hard to describe in plain language. The upside is that it lets you calculate implicit expectations across all time horizons:

By this measure at least, concern about inflation is slightly down from where it was a month ago.

It's also worth recalling that this is hardly the first time we've heard these warnings. Core inflation has been persistently depressed since late 2008. Every time it begins to approach a normal level, some people start freaking out and it starts getting coverage. But it's always been the case that a quick check of the markets shows that there's no real expectation of inflation. And it's always been the case that the boomlet of worry peters out soon enough. This time shows no sign of being any different.