Share All sharing options for: Get ready to pay more for whiskey soon thanks to this merger

International mergers and acquisitions may not be your thing, but if you drink whiskey (and especially if you drink whisky) Diageo's successful bid on June 18 to purchase a majority share in the Indian company United Spirits is a huge deal. Not so much because you are likely to start drinking Indian spirits in the near future, as because your favorite brands may be getting more expensive as they are introduced to the gigantic Indian market.

The key to understanding this deal is that as Roberto Ferdman pointed out in January, India is about half the world's whiskey market by volume: 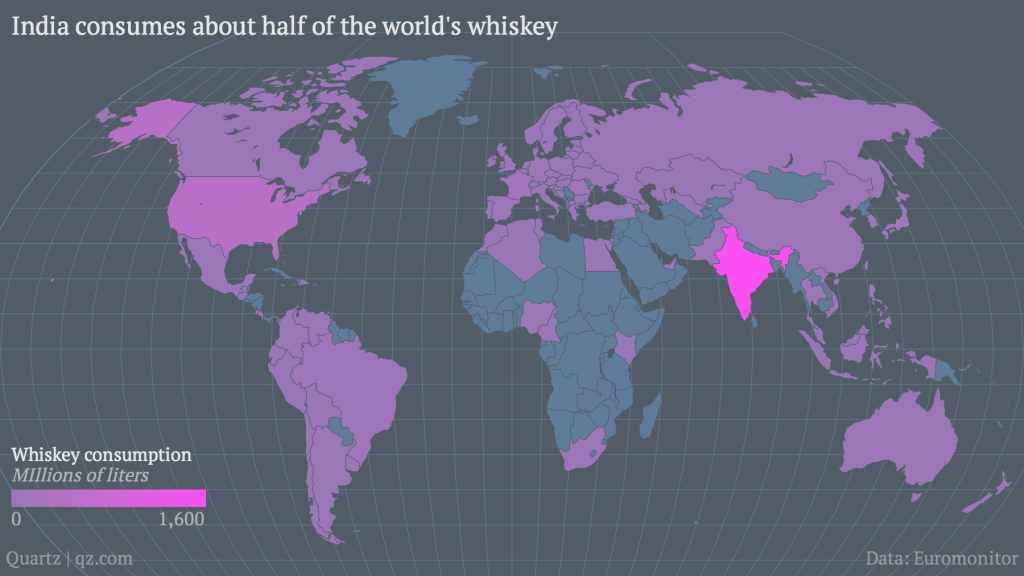 But even though Indians are drinking all this whiskey, they aren't a big factor in the whiskey market outside the United States. That's because Indian whiskey consumption is overwhelmingly derived from domestic brands — with United Spirits brands leading the way — that are not popular internationally.

One reason Indian whiskeys aren't a big deal in the global marketplace is that by American or European standards they're not even whiskey at all. Typical Indian whiskies are produced with methods that involve molasses, neutral alcohol, and limited aging. Which is to say they're more like what we would call rum, even though the brands are often given Scotland-themed names like the popular McDowell's No. 1 Reserve.

The big advantage of this rum-esque production process is that it's a lot cheaper, and as India is a lot poorer than the United States or Scotland a cheaper beverage is more suited to the market than a proper bourbon or Scotch. But as India gets richer, it seems very likely that its growing middle class that's already accustomed to drinking something called "whiskey" will have a growing interest in higher-quality global whiskies. And yet many international firms find it challenging to distribute products in the Indian market.

This is where buying United Spirits comes in. 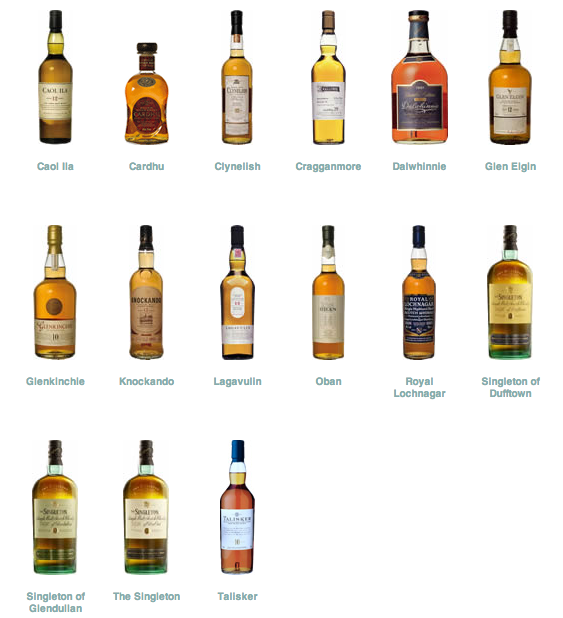 Diageo has a large portfolio of Scotch whiskies plus Bulleit, Bushmills, and Crown Royal. Meanwhile, United Spirits has enormous expertise in distributing bottles of liquor to Indian people. A combined entity will be extremely well-positioned to start marketing more upscale brands to the growing Indian market — a classic case of business synergies. It's much easier for Diageo to buy an existing company that build a brand new distribution network, and much easier for United Spirits to team up with a high-end distillery than to develop expertise in making whole new product categories.

The problem for those of us who aren't Indian, is that the nature of the aged whiskey market is that supply is rather inelastic. Diageo can't travel back in time and increase the volume of alcohol they started aging in the past. So when distillers find new markets to exploit, the impact is felt almost exclusively through higher prices (and profit margins) rather than large quantities.