Hillary Clinton's legal career is coming back to haunt her

Share All sharing options for: Hillary Clinton's legal career is coming back to haunt her

Before the 2016 presidential race even begins, a criminal defense case from Hillary Clinton's past as a lawyer is becoming a political liability.

In the case, Clinton defended an accused child rapist. Clinton was appointed to the case, and it was her job at the time to provide legal representation to the accused. But a newly uncovered audio clip, in which Clinton is heard making remarks that many consider insensitive, and a new interview with the alleged rape victim have added new fuel to the controversy.

Clinton addressed the controversy in an interview with Mumsnet published on July 4. "I asked to be relieved of that responsibility, but I was not," she said. "And I had a professional duty to represent my client to the best of my ability, which I did."

For Clinton, the case and its details could provide the first major hurdle in her potential presidential campaign. Here is what we know about the case and the controversy surrounding it so far.

In 1975, the Circuit Court of Washington County in Arkansas appointed Clinton to defend 41-year-old Thomas Alfred Taylor against accusations that he raped a 12-year-old girl. 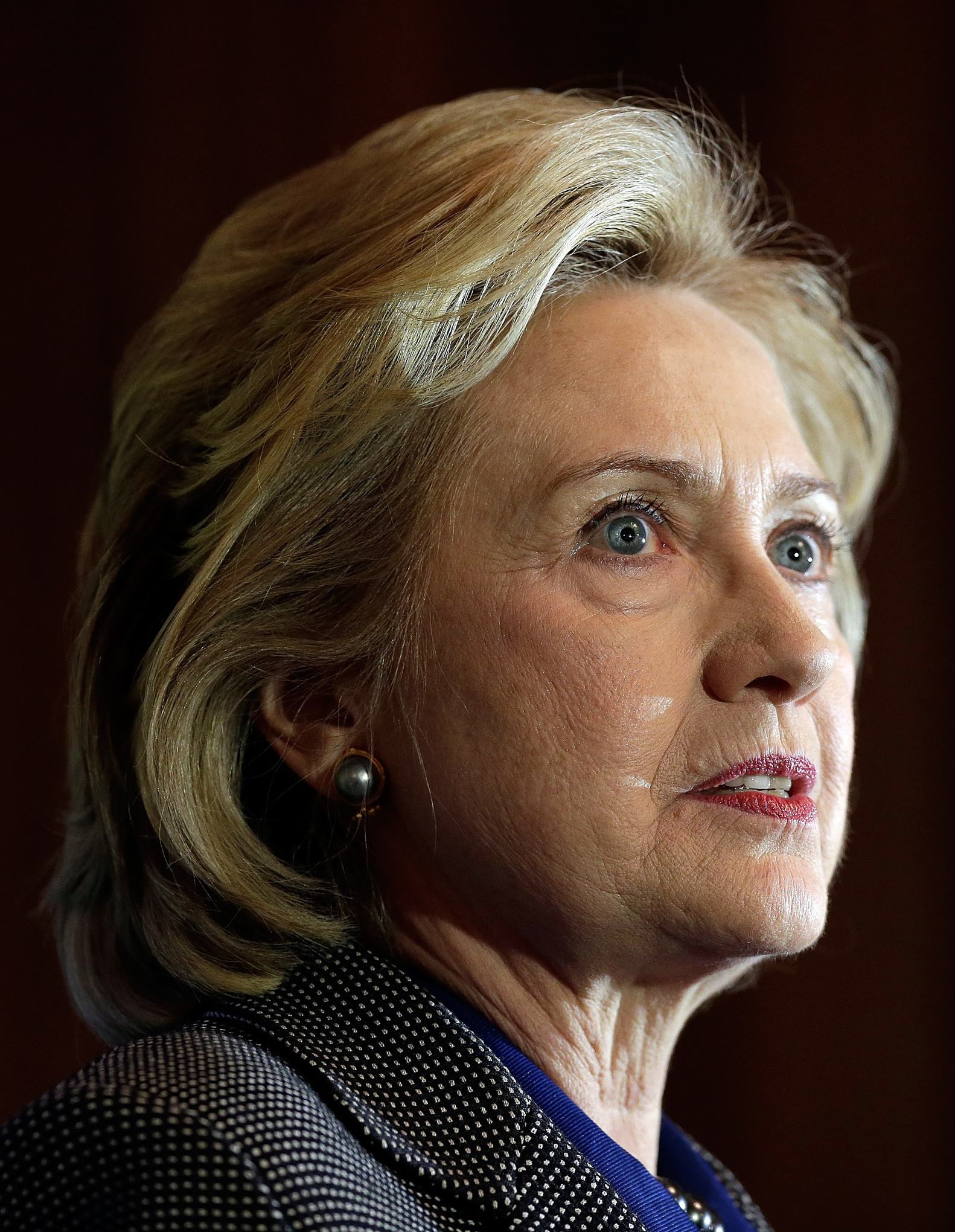 Clinton had just moved to Fayetteville, Arkansas, with her new husband, Bill Clinton, and was running the University of Arkansas’ newly formed legal aid clinic. Clinton reportedly strove, according to a 2008 story from Newsday, to make a big impression with the Taylor case, perhaps as a result of her friends' warnings that she had thrown away a big-city career by moving to Arkansas to help launch her husband's congressional campaign.

The Newsday report, Clinton's 2003 book Living History, Clinton's retelling in a newly uncovered audio clip, and available court documents explore what happened the night of the alleged rape and the case that followed.

According to the Newsday report, the alleged rape victim was spending the night at a friend's house when Taylor and his 20-year-old cousin walked into the house and asked if anyone wanted to go for a ride. The girl, who said she was bored and wanted a soda at the time, agreed and went along for the drive.

Soon after, the group picked up a 15-year-old boy, who the girl was supposedly infatuated with at the time, and drove to a liquor store. Taylor ended up mixing whiskey with some soda for the girl, according to an account from the 15-year-old boy reported by Newsday.

After some drinking and bowling, the group ended up at a weedy ravine. There, Taylor allegedly raped the girl.

After Clinton was assigned to the case in 1975, she took on a defense that, in the Newday article, legal experts characterized as quite aggressive. Clinton tried to discredit the girl by painting her as dishonest and prone to false accusations. At one point, Clinton signed an affidavit that claimed the girl often fantasized and sought out older men.

What really undid the prosecution, however, was apparently lost evidence

What really undid the prosecution, however, was apparently lost evidence. According to Clinton's retelling in the 1980s to Arkansas reporter Roy Reed, the prosecution sent Taylor's pants to a lab to have them checked for blood and any other bodily fluids. But the lab cut out the piece of the pants that they intended to inspect, and eventually threw that piece away. So when the pants were returned to the prosecution, they didn't have the actual physical evidence with the bodily fluids that their case against Taylor so heavily relied on.

There were other issues, too. Newsday reported that lab test results from the state medical examiner and those ordered by Clinton, along with other documents from the prosecution, were lost in a flood. A retired detective involved in the case also told Newsday that the alleged victim gave inconsistent statements, largely because, the detective claimed, she tried to hide that she was infatuated with the 15-year-old boy.

The case against Taylor, in other words, appears to have fallen apart in part due to Clinton's defense and in part due to the prosecution's incompetence, lost evidence, and contradicting statements. As a result, Clinton managed to obtain a plea bargain for Taylor. He served just one year in county jail and four years of probation.

Earlier this summer, the Washington Free Beacon uncovered and published an audio clip of an interview between Clinton and Arkansas reporter Roy Reed from the 1980s. In the clip, Clinton suggested she knew Taylor was guilty and only got Taylor off on a legal technicality that involved missing evidence.

Taylor "took a lie detector test," Clinton said. "I had him take a polygraph, which he passed, which forever destroyed my faith in polygraphs."

Throughout the interview, Clinton laughed after describing the polygraph results, the prosecution's lost evidence, and other aspects of the case. The repeated laughter is a particular point of contention for critics, because they say it suggests an insensitivity toward a truly terrible case.

Clinton, for her part, acknowledged the case was both terrible and fascinating in the audio clip. In Living History, Clinton wrote that she initially hesitated to take the case, and the troubling details inspired her to help establish Arkansas's first rape hotline.

The alleged rape victim is now speaking out

Since the case, the woman who was allegedly raped by Taylor has rarely spoken to press.

In a 2008 interview with Newsday, she denied the accusations in Clinton's affidavit but reportedly showed no animosity toward Clinton. But in a new interview with The Daily Beast, the woman said that "Clinton took me through Hell."

"you are supposed to be for women? You call that [being] for women, what you done to me?"

In the new interview, the woman reportedly accused Clinton of "intentionally lying about her in court documents" and "going to extraordinary lengths to discredit evidence of the rape."

"I would say [to Clinton], 'You took a case of mine in '75, you lied on me," the woman told The Daily Beast. "I realize the truth now, the heart of what you’ve done to me. And you are supposed to be for women? You call that [being] for women, what you done to me? And I hear you on tape laughing."

For the woman, the statements could indicate a change in perspective since her 2008 interview with Newsday. Back then, Newsday reported that the woman "bears Hillary Rodham Clinton no ill will and was eager to read Living History — at least pages 72 and 73, which contain her case."

"I have to understand that she was representing Taylor," the woman said in her 2008 interview with Newsday. "I'm sure Hillary was just doing her job."

The woman told The Daily Beast, however, that she was misquoted. She said she did not have the information she has today — the audio clip, Clinton's affidavit — to make a proper judgment about Clinton's involvement in the case.

It was Clinton's job to defend Taylor 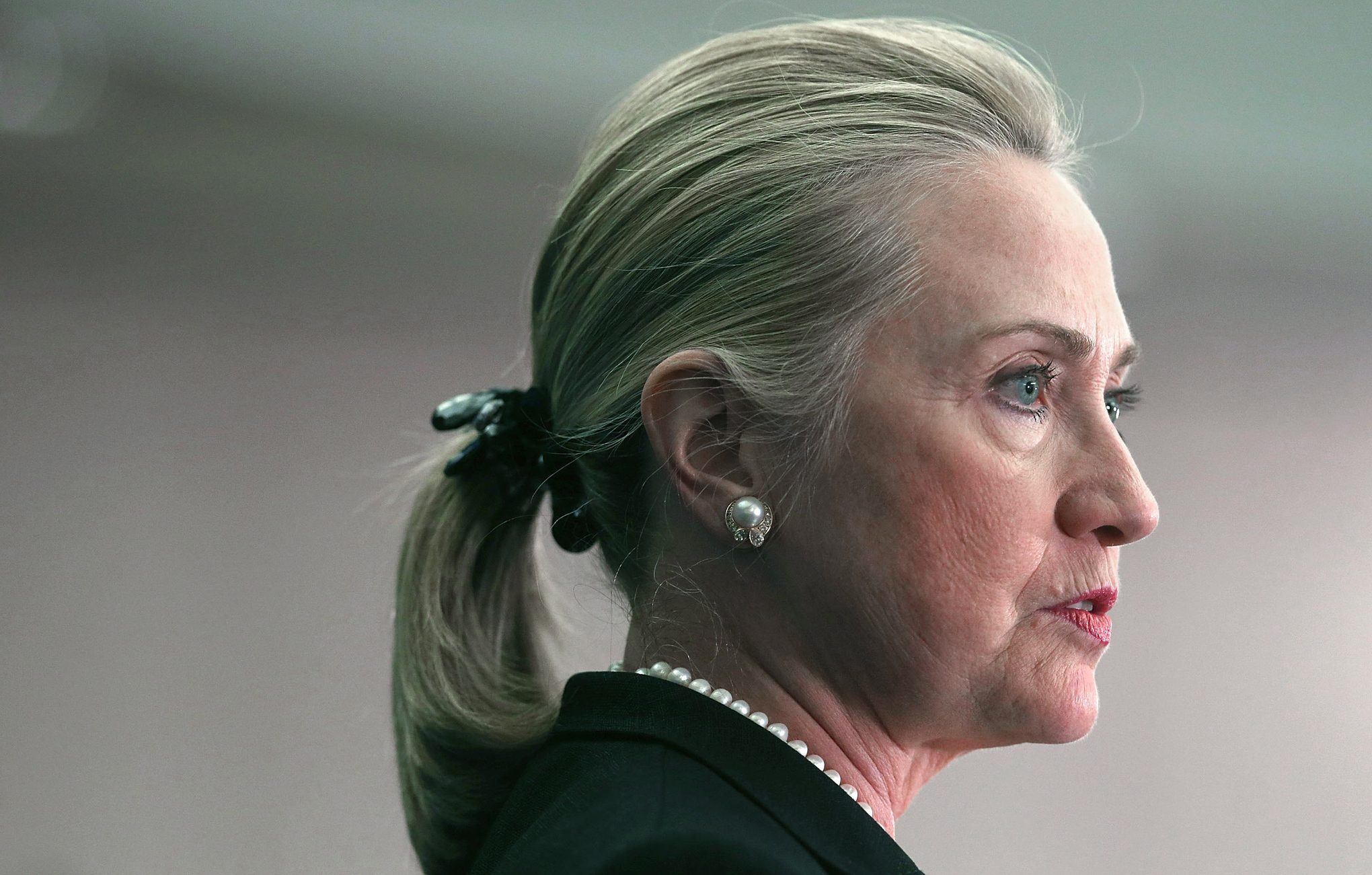 In her interview with Mumsnet, Clinton pointed out that lawyers don't always take clients they agree with. "When you're a lawyer, you often don't have the choice as to who you will represent," she said. "By the very nature of criminal law, there will be those you represent that you don't approve of."

Ronald Rotunda, a professor of legal ethics at Chapman University, made a similar point to The Washington Free Beacon. "We're hired guns," he said. "We don't have to believe the client is innocent…our job is to represent the client in the best way we can within the bounds of the law."

In 2008, Clinton's spokesperson made a similar argument to Newsday. "As she wrote in her book, Living History, Senator Clinton was appointed by the Circuit Court of Washington County, Arkansas, to represent Mr. Taylor in this matter," Clinton's spokesperson said. "As an attorney and an officer of the court, she had an ethical and legal obligation to defend him to the fullest extent of the law. To act otherwise would have constituted a breach of her professional responsibilities."