Share All sharing options for: 7 ways Mike Lee's push to get the GOP to stop obsessing over tax cuts for the rich matters

Specifically, it's about the merits of an idea endorsed in broad terms by Senator Mike Lee of Utah and spelled out in more detail and with more mathematical rigor by former Bush administration official Robert Stein in the new book Room to Grow: Conservative Reforms for a Limited Government and a Thriving Middle Class. If you want to know who's going to win next week's primary campaign in Mississippi, understanding this debate sure won't help you. But if you want to understand where a politically savvy GOP might go on its signature issue of taxes, you really ought to delve in. 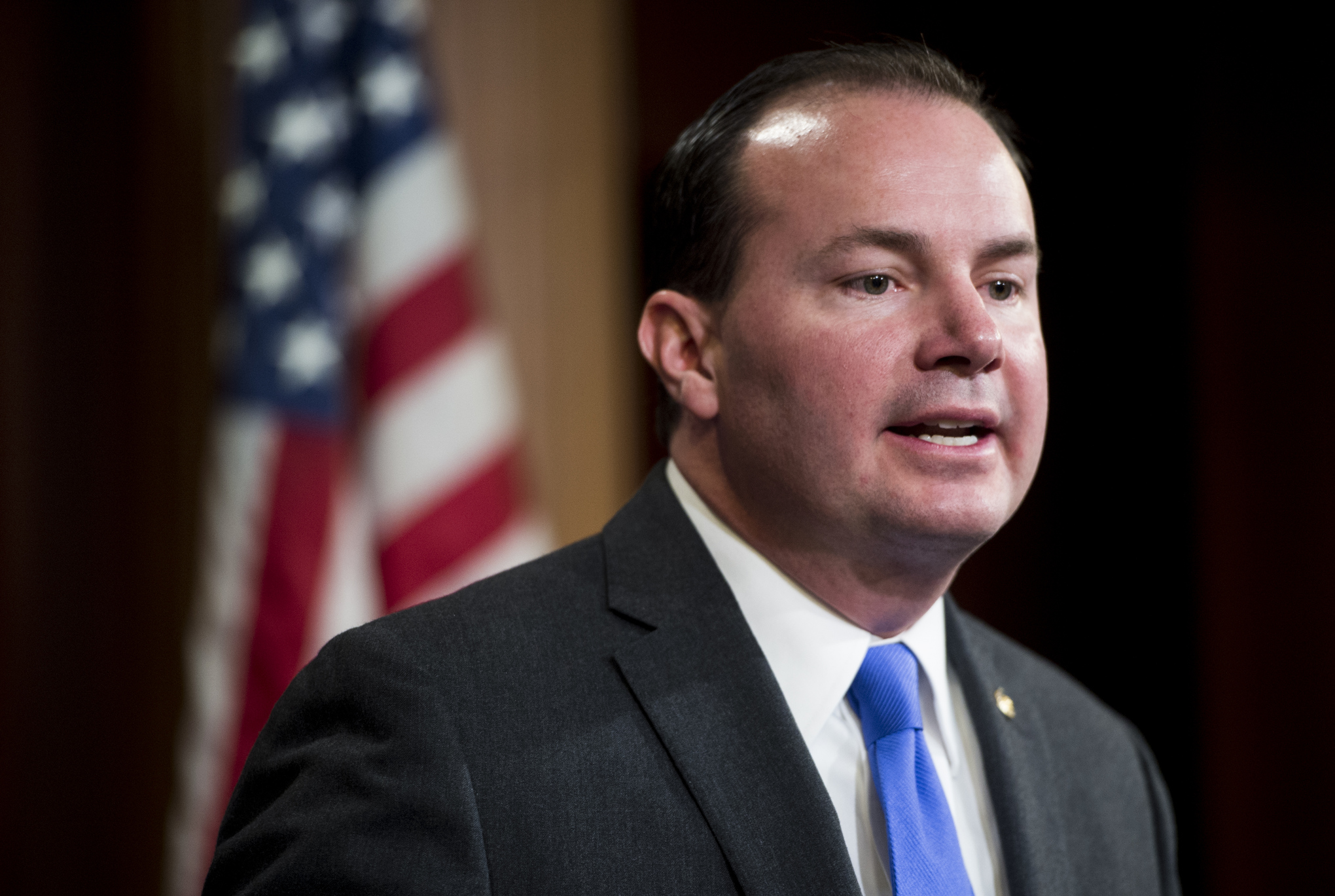 The signature idea of the conservative movement on taxes for the past 40 years has been a relentless focus on the allegedly massive economic gains to be reaped by improving the incentives in the tax code. That means not just reducing the amount of money people owe the government in taxes (which, of course, everyone likes) but specifically changing the rate at which the marginal dollar of additional income is taxed.

Right now if I were to write a freelance piece, a certain share of the money I earn would go to the federal government. The smaller you make that share, the more financial incentive I have to write the piece. But not every tax cut would change my incentives. Right now the first $18,150 of a married couple's taxable income is taxed at a 10 percent rate. If you cut that to a 5 percent rate, my wife and I would have an extra $907.50 a year in take home pay. But since we earn more than $18,150 a year, our incentives wouldn't change at all. I'd still be paying the same rate on my freelance piece, and wouldn't be more or less inclined to write it than before.

Conversely, if you took away our home mortgage interest deduction, our taxes would go up but my incentive to freelance wouldn't be reduced.

To change incentives you have to look at tax rates, and especially at tax rates on the higher brackets. That's what Ronald Reagan did, that's what George W. Bush did, and that's what Stein and Lee want to not do.

2. The new idea is a tax break for middle class families 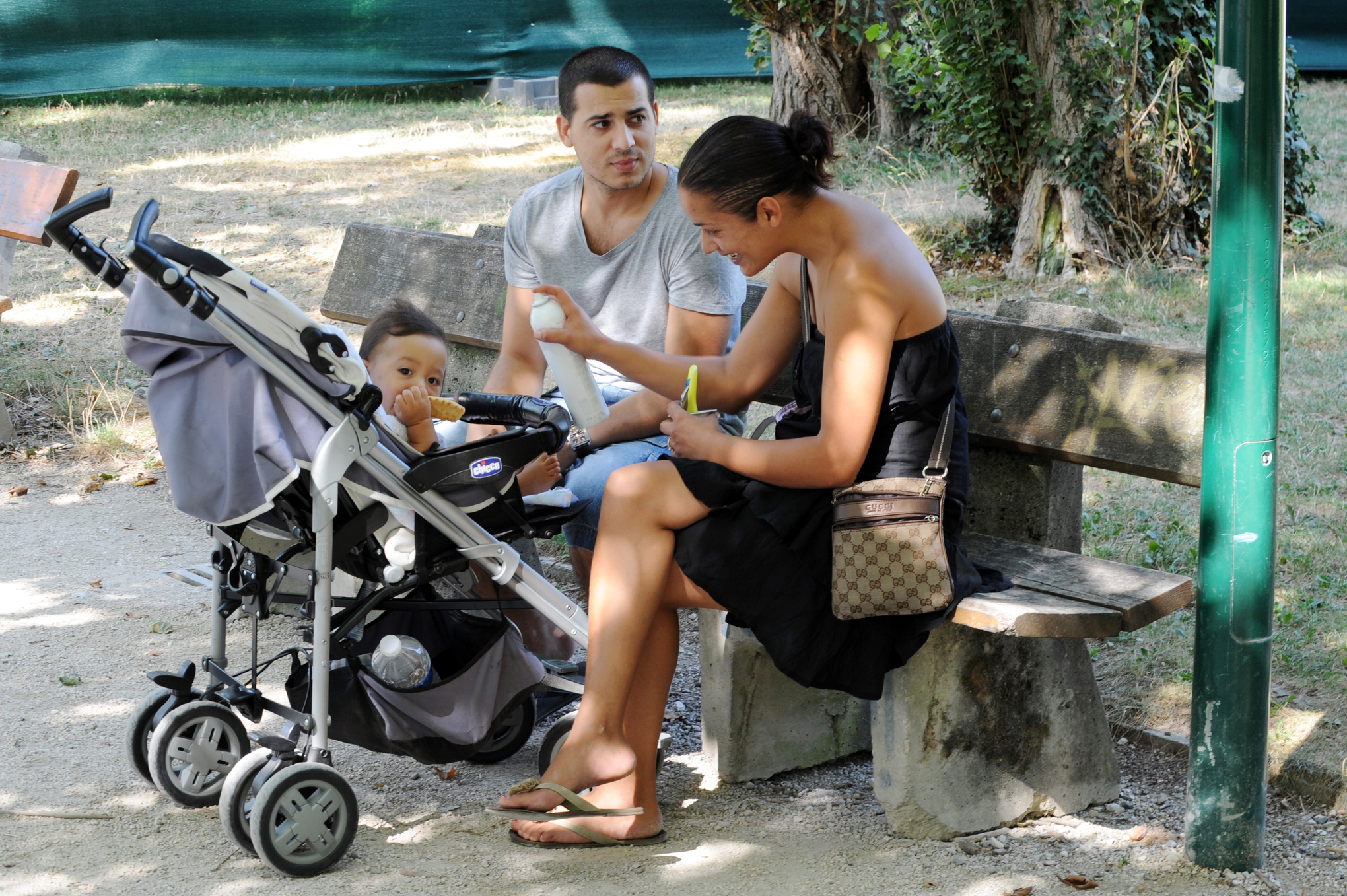 What do they want to do instead? Lee's proposal is to take the current $1,000 per child tax credit and add another $2,500 per child credit on top of it.

The idea is twofold. On its most basic level, this would put a few thousand extra dollars per year into the pockets of middle class families with children.

On a more advanced level, it would change the incentives facing families. In the modern world, almost everyone faces a pretty strong financial incentive to have fewer children rather than more. An extra $2,500 off on your taxes wouldn't change that reality, but it would reduce the disincentive.

What Lee's plan wouldn't do, however, is what supply-side tax cuts have been promising for the past generation-and-a-half — increase incentives to work and earn.

3. This is the opposite of current GOP tax policy 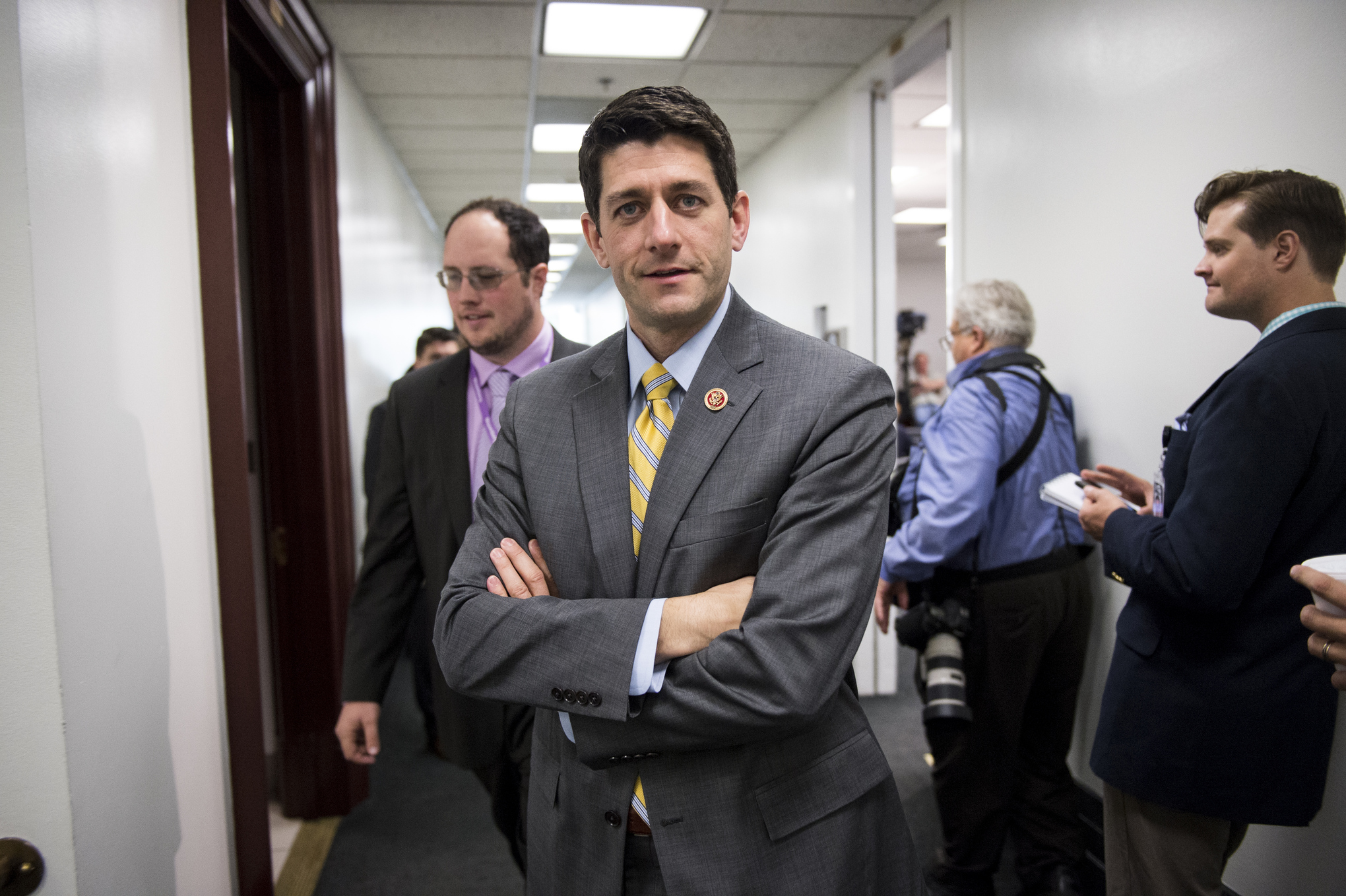 What about the incentives? (Bill Clark/CQ-Roll Call)

The radicalism of this idea can be missed if you're not attuned to the current contours of debate. But even though the Stein proposal is a tax cut and conservatives are always talking about tax cuts, this tax cut is basically the opposite of recent GOP tax policy.

Mitt Romney ran on a program of eliminating tax deductions and using the revenue to cut tax rates. The budget Paul Ryan wrote and the House GOP passed earlier this year does the same thing. That's a recipe for higher taxes on middle class families in order to finance large tax cuts for the rich. The hope is that the impact on incentives will spark so much growth as to make everyone better off.

Stein's proposal, by contrast, would raise taxes on the high-income childless and some affluent families in order to cut taxes on middle class parents with kids. That's a huge change.

4. The plan is plausibly conservative 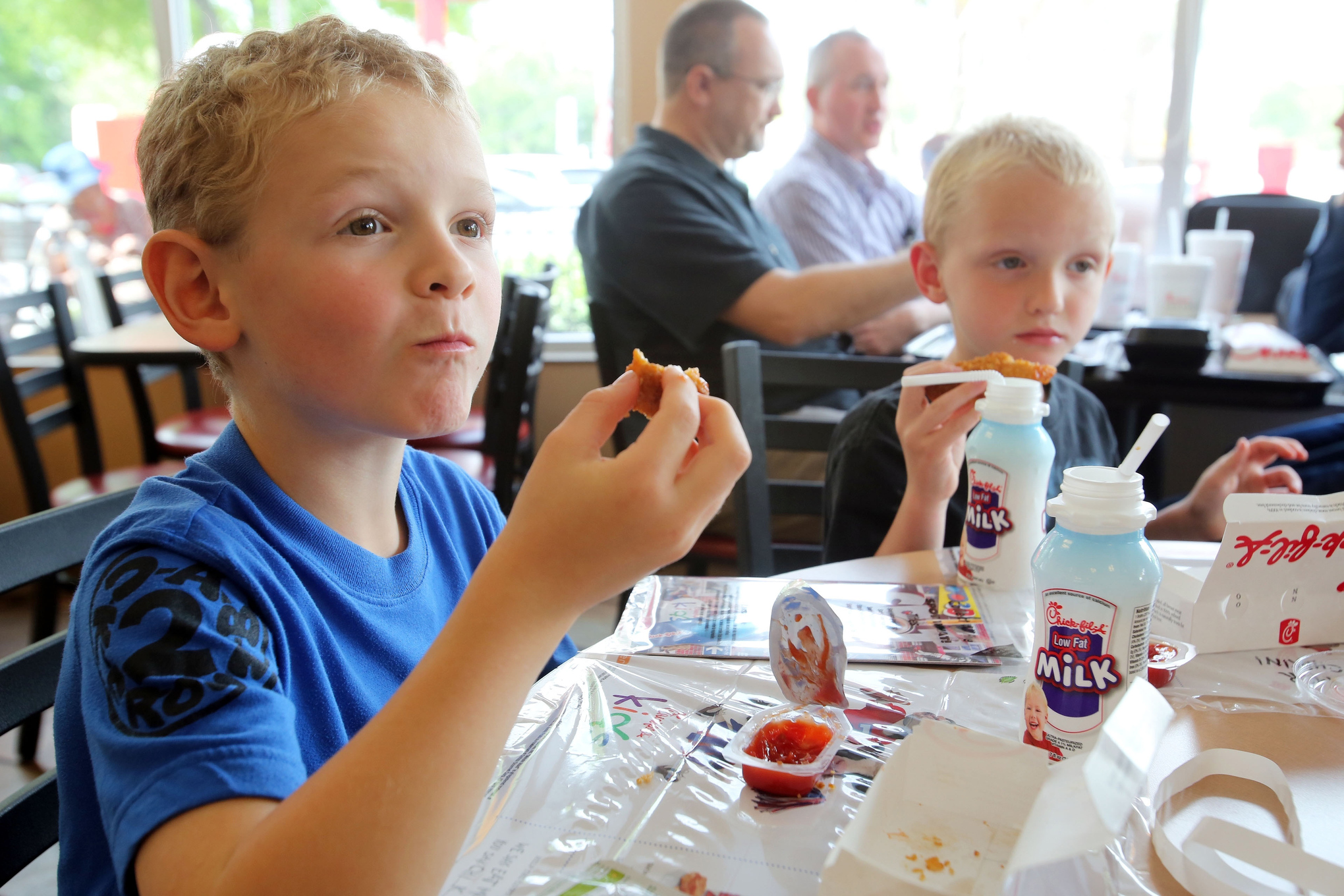 One reason it's hard to get a good intra-movement policy fight going on the right is that Republicans obviously aren't going to stop being a very conservative political party. Most proposed changes are either boring because they're small, or not worth thinking about because they're not conservative.

But even though this plan is a huge change from current GOP tax policy, it's also arguably a conservative plan.

One way you can see that is that Mike Lee endorsed a version of it. Mike Lee is very conservative. Indeed, he was one of the early successful Tea Party challengers who got into the Senate by bumping off longtime incumbent Republican Robert Bennett.

Another way you can see it's a conservative plan is that it taps into a strain of cultural conservatism. The idea that middle class families that have children — and especially large numbers of children — deserve financial reward has a clear conservative basis. It's different from the traditional tax policy argument that rich people need incentives to further enrich themselves, but it's recognizably conservative. 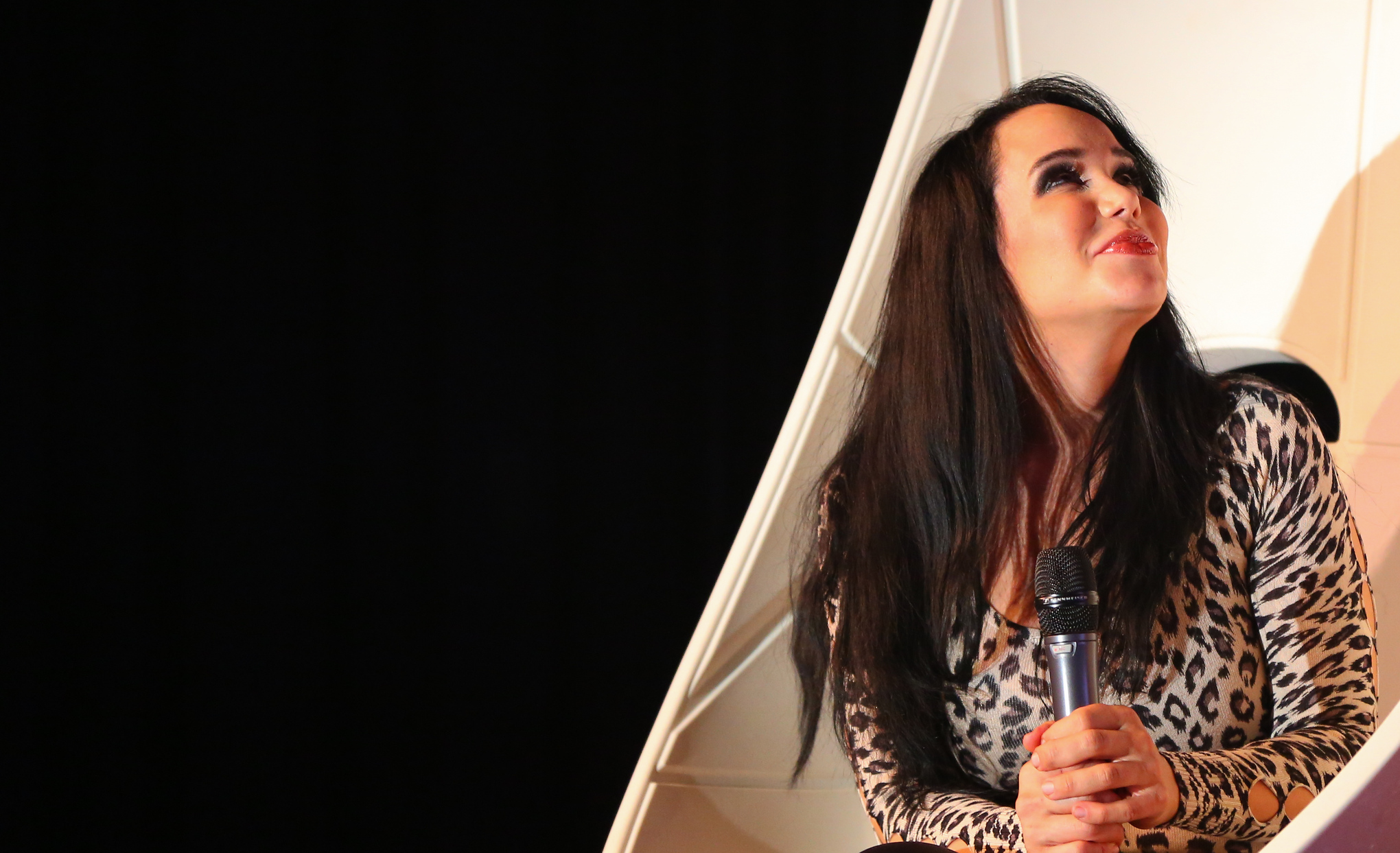 This larger tax credit would be a boon to many non-rich American families, but it wouldn't help the poor very much. Lee's tax credit deducts from the income or payroll taxes that you owe, but it can't reduce your tax burden to less than zero. So poor people whose current tax burdens are already low don't get much help. An electrician married to a nurse with two kids is in a much more comfortable financial position than a waitress raising two kids on her own. But the Lee/Stein plan would do more to help the less-needy family than the more-needy one.

This is a clear contrast with the liberal approach to these issues.

But from a conservative viewpoint it helps the plan avoid the taint of "welfare." An increase in the child tax credit may not be an incentive-juicing supply-side reform but it is a tax cut in a way that a flat $3,500 baby bonus payment wouldn't be.

6. The fight is real

Sometimes novel ideas can get tossed out in an intellectual space without demonstrating any real appetite for a fight or intra-party controversy. But not only are conservative writers duking it out over the merits of this proposal — here's Stephen Moore standing up for the supply-side view while Ramesh Ponnuru touts Stein's plan — but political operatives are getting into the mix.

On the evening of June 19, Lee's deputy chief of staff Michael Connolly had an extended back and forth with Scott Lincicome, a libertarian writer and professor who's also an adjunct at the Cato Institute. Here's a taste:

Outsiders to the conservative movement are probably not going to be nearly as interested as these two are in the metaphysics of "redistribution." But this is the nature of a factional fight — it's conducted on terms that are important to the faction. The key bone of contention is that Connolly is saying that the existence of federal retirement programs — Social Security and Medicare — destroys economic incentives to have children. Thus his boss' tax plan should be understood as offsetting that previous distortion, rather than as creating a new redistribution scheme.

7. If Lee & Stein win, it could transform partisan politics 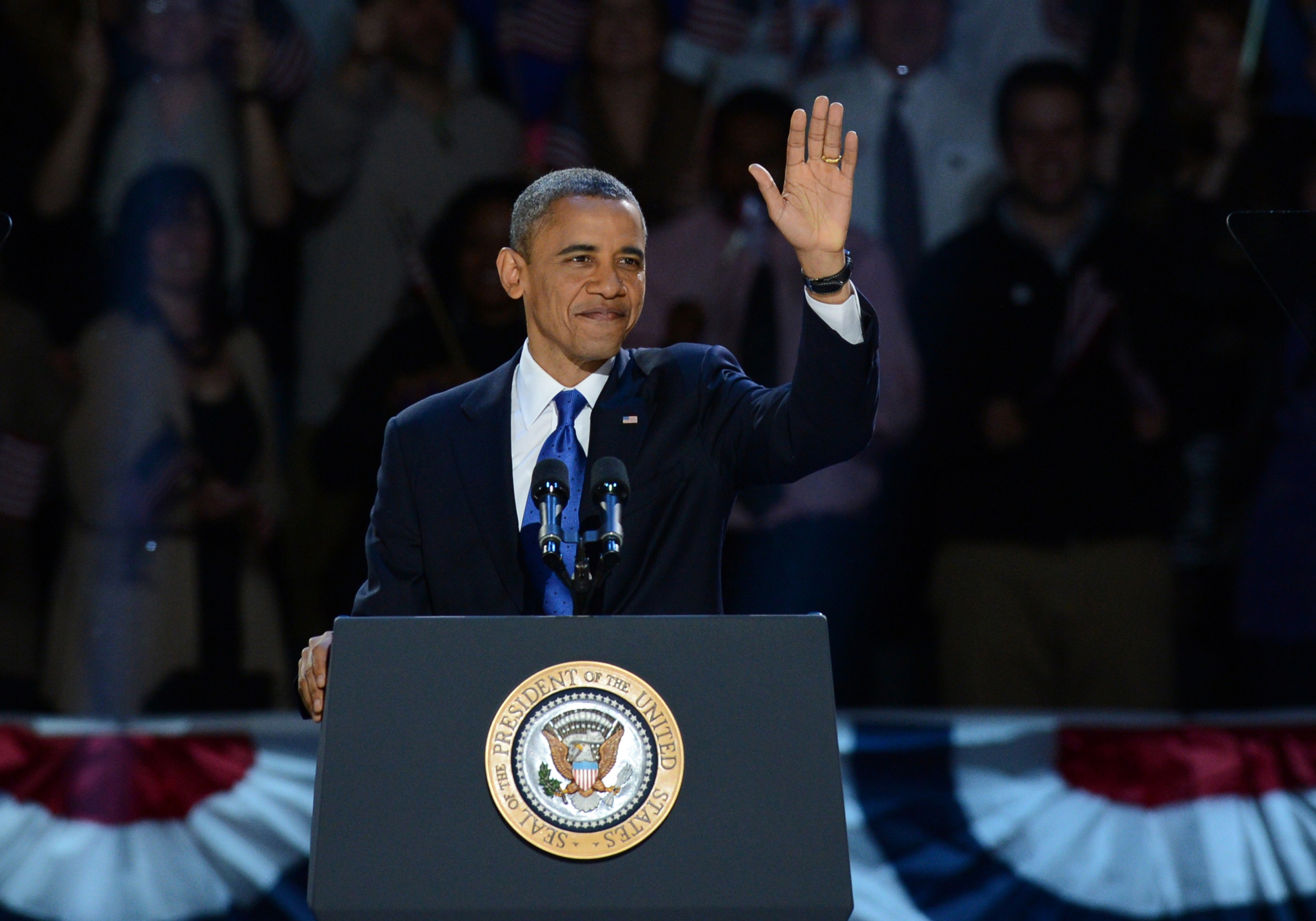 It's been too easy for this guy (Saul Loeb/AFP)

Whatever the merits of Lee/Stein-style tax reform versus Romney/Ryan-style plans, if Lee's faction were to win it would transform the argument between Republicans and Democrats.

Right now when Democrats propose a big new program for the poor and the middle class — whether it's Obamacare or future universal preschool benefit or what have you — Republicans counter by complaining about excessive spending and government waste. But the GOP alternate to spending money is tax cuts for a small number of very rich people. That in many ways sets the bar for a liberal proposal very low. Democrats don't need to convince voters that their programs are cost-effective, just that they are in some sense useful.

A reorientation of the tax cut debate around bigger tax credits for middle class parents rather than lower tax rates for hedge fund managers would change that. Republicans would be able to offer people more money in their pockets as the alternative to more public services — a potentially much more compelling offer.