Share All sharing options for: This poll is very good news for Obama's new EPA rules

Monday afternoon, ABC News and the Washington Post released a new poll testing public support for climate regulations. Though the polling was conducted before Obama announced his new plan, the findings showed broad support for government action overall — even if it increased monthly energy bills. Here are the key results: 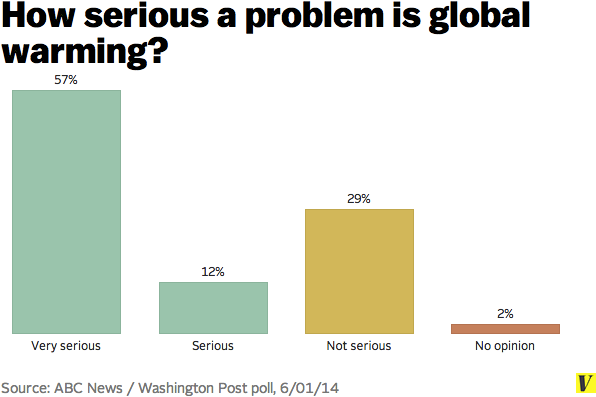 2) 70% of respondents supported the concept of Obama's EPA regulations 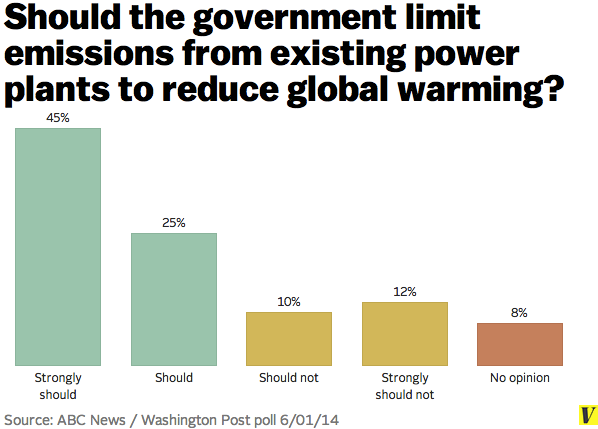 3) When it was pointed out that the regulations could cause monthly energy bills to rise, support remained strong 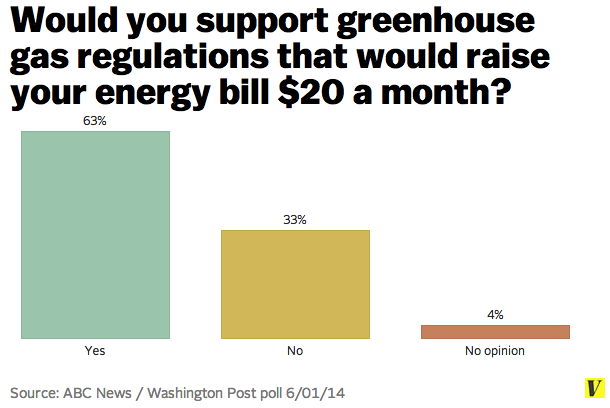 Of course, the climate issue could still be problematic in the very conservative states the Democrats need to win to keep control of the Senate. But this poll shows substantial public support for the principles behind Obama's approach to fighting climate change overall. The full results are here.