Share All sharing options for: These 7 major cities are losing out on a big part of Obamacare

If Georgia expanded Medicaid, Atlanta's uninsured rate would fall by more than 56 percent under Obamacare.

But Georgia isn't expanding Medicaid. That means, according to a new Urban Institute analysis, the city of 5.5 million people will only see its uninsured rate fall by nearly 25 percent instead. 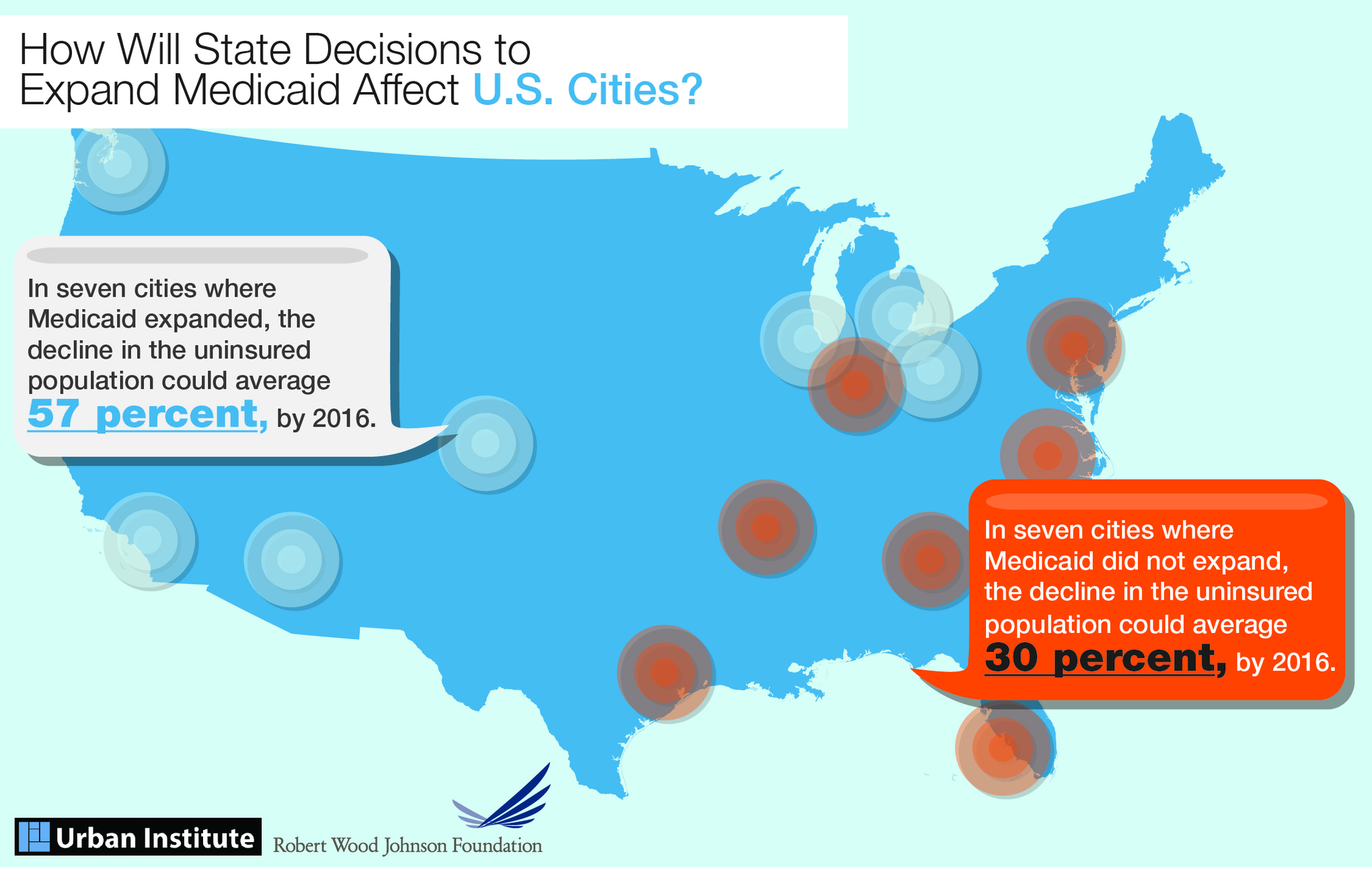 The cities analyzed: Los Angeles, Chicago, Phoenix, Columbus, Detroit, Seattle, and Denver on the expansion side, and Houston, Philadelphia, Indianapolis, Charlotte, Memphis, Atlanta, and Miami on the non-expansion side.

Whether that will happen in more conservative states, particularly in the South, is very much an open question. But it seems that more Republicans are opening up to the idea as long as the expansion is pegged to reforms. In Louisiana, for instance, Senator David Vitter, a potential 2015 gubernatorial candidate, said he's open to a reform-based Medicaid expansion. Republican-controlled Michigan and Indiana, meanwhile, already expanded Medicaid with reforms in mind.