This one chart shows that the measles vaccine works

Share All sharing options for: This one chart shows that the measles vaccine works

As recently as the 1960s, measles infected 3 to 4 million Americans each year. Today, thanks to vaccination, it only infects a few hundred each year. But this year, there have been measurable signs of a resurgence in measles from people who haven't gotten vaccinated — perhaps partly because measles seems like a distant memory. Indeed, 2014 is on pace to be the worst measles year since 1994.

This chart serves as a powerful reminder of what a vaccine can do for the health of a nation:

US measles rates plummeted after the introduction of a vaccine 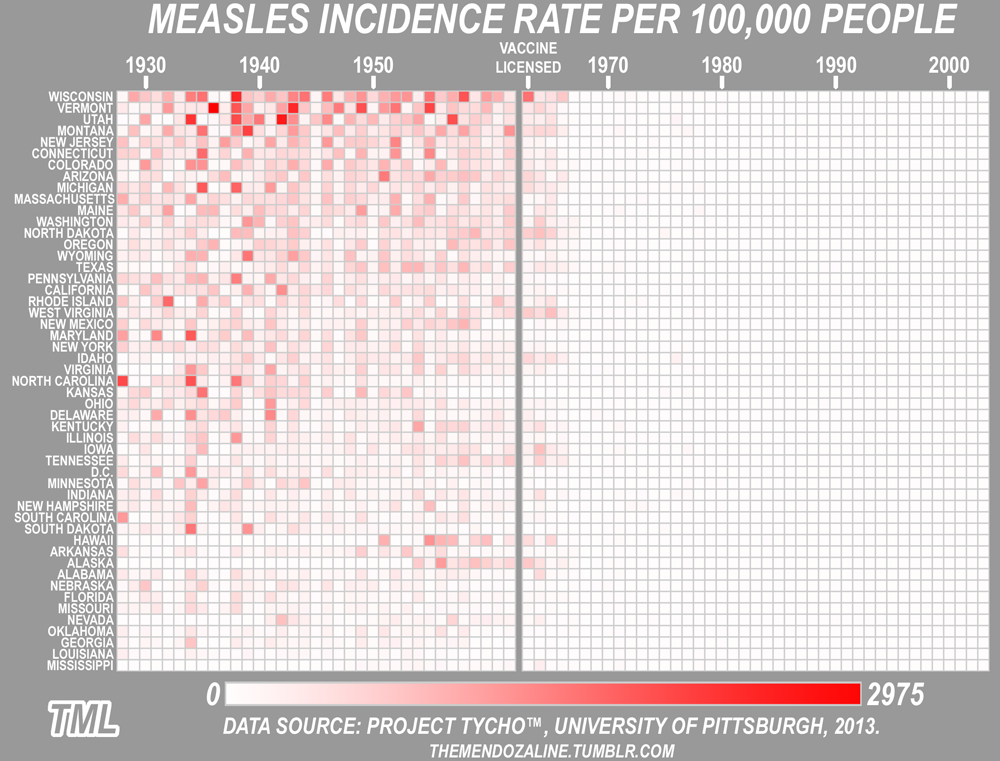 The redder the square, the greater the rate of measles in that state's population. You can see the measles cases drop off in the 1960s.

This chart also shows that there were big differences in measles rates between states. States are ordered so that the higher the state, the higher the overall average measles rate over time. States near the top of the chart, like Wisconsin, Vermont, and Utah, had especially high rates back in the day. States such as Mississippi and Louisiana had lower average rates.

This chart is courtesy David Mendoza, who made it for his blog The Mendoza Line, which has all kinds of intriguing data visualizations about news topics. He used data from Project Tycho at the University of Pittsburgh, which consists of records from the Centers for Disease Control and Prevention.

Vox Explains why it's so important to get vaccinated, in 2 minutes.