Map: Where childcare costs are the most outrageous

Share All sharing options for: Map: Where childcare costs are the most outrageous

Being a single parent isn't easy — you raise kids without a partner, you're the sole provider, and occasionally you might be pressured to marry your "baby daddy." And it also means you have no spouse to watch the kids every so often or to help pay for child care. According to a new report from the Hamilton Project, those child care costs can be fantastically high, depending on where you live. 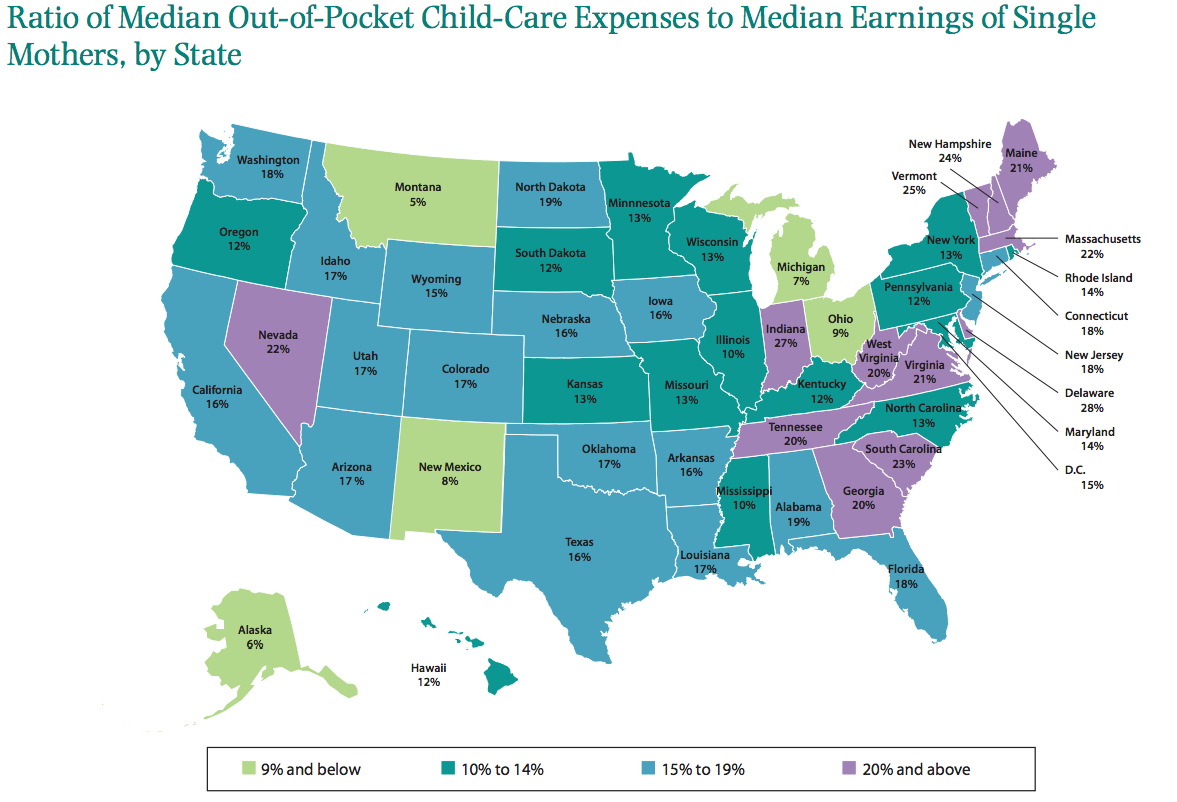 In some states, the median single mom might spend well over one-fifth of her income on childcare, a figure that comes close to 30 percent in Delaware and Indiana. Depending on where you live, that's like paying close to a second rent each month.

There are a number of reasons why the high cost of childcare matters among those single moms. Single moms are among the most economically vulnerable populations in the US, with a poverty rate of nearly 31 percent, and nearly half of all children are born to unwed moms now, so the population is fast-growing.

In addition, the median single woman with a child under 5 pays 15.4 percent of her annual earnings to childcare, compared to the 6.5 percent paid by married women, according to the report.

If any of those moms (married or single) can't find affordable childcare, that means they will work less. Economists have been puzzling over all the reasons why why labor force participation is falling, particularly among women — a population that had been flocking into the labor force for decades.

One theory right now is that the rising cost of childcare is keeping moms out of work. The idea is that working means tacking on one more (large) monthly bill that may be unaffordable, meaning some women may be deciding that working just isn't worth it. It also may be pushing some women from full- to part-time work. 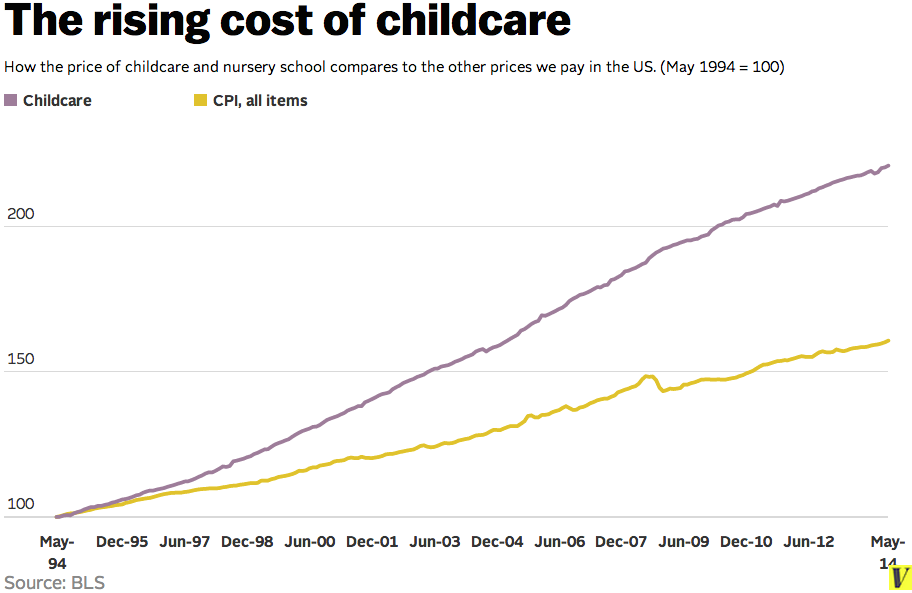 The cost of childcare is growing at a remarkable clip — much faster than inflation. The above chart shows that over the last 20 years, prices have grown by around 60 percent economy-wide, but by more than 120 percent for childcare and nursery school.

If the childcare-labor force participation hypothesis is true, that means those places where childcare is high-cost may see some heavy economic knock-on effects in the form of reduced employment. Solving that could be a matter of subsidizing childcare, like by reforming current tax credits. One solution the Hamilton Project proposes is to make the child and dependent care credit refundable, but there are many possibilities. The point is that when you incentivize a parent to get childcare, what you really might be incentivizing is work.