The big Iraq news out of Washington today is that the Obama administration wants Iraqi Prime Minister Nuri al-Maliki to go. Both the Wall Street Journal and CNN report that US policymakers want to replace the Shia Maliki with a more inclusive "unity" government that better integrated the Sunni Arab and Kurdish minorities into the government run by Iraq's Shia majority.

In theory, this is the right policy. Maliki's administration has poisoned the already fraught relationship between Iraq's major ethno-religious groups, fueling the Sunni insurgency (led by ISIS, the Islamic State in Iraq and the Levant) in the process. But in practice, removing Maliki won't be nearly enough to stop the crisis. The sectarian dynamics that underly the chaos in Iraq are much bigger than one man.

The case against Maliki is damning and persuasive; George Washington University's Marc Lynch makes it here at length. Lynch argues that Maliki repeatedly refused to make inclusive deals with the Sunni minority when he had the chance. When Sunnis organized a peaceful protest movement, he killed dozens of protestors and threw hundreds on jail. Maliki helped convince many Sunnis that there was no place for them in the Iraqi political system, and that a rebellion was the only option. Replacing him with a less hardline Shia leader might be able to change their minds.

At this point, though, that's history, and Maliki may already be on the way out. "Maliki was having a tough fight in his reelection campaign," Kirk Sowell, a political risk consultant and expert on Iraqi politics, told me. "It's hard to imagine he has any credibility at all after this complete disaster." The more important question is whether the United States or any other foreign actor can convince the next Shia government to adopt a more inclusive approach to the Sunni majority.

Lynch is skeptical. "Yes, the United States should try to use this moment of leverage to attach political conditions to any military aid," he writes. "But such leverage is going to face an obvious problem: It will be virtually impossible to force any meaningful political moves in the midst of an urgent crisis, and any promises made now will quickly be forgotten once the crisis has passed." 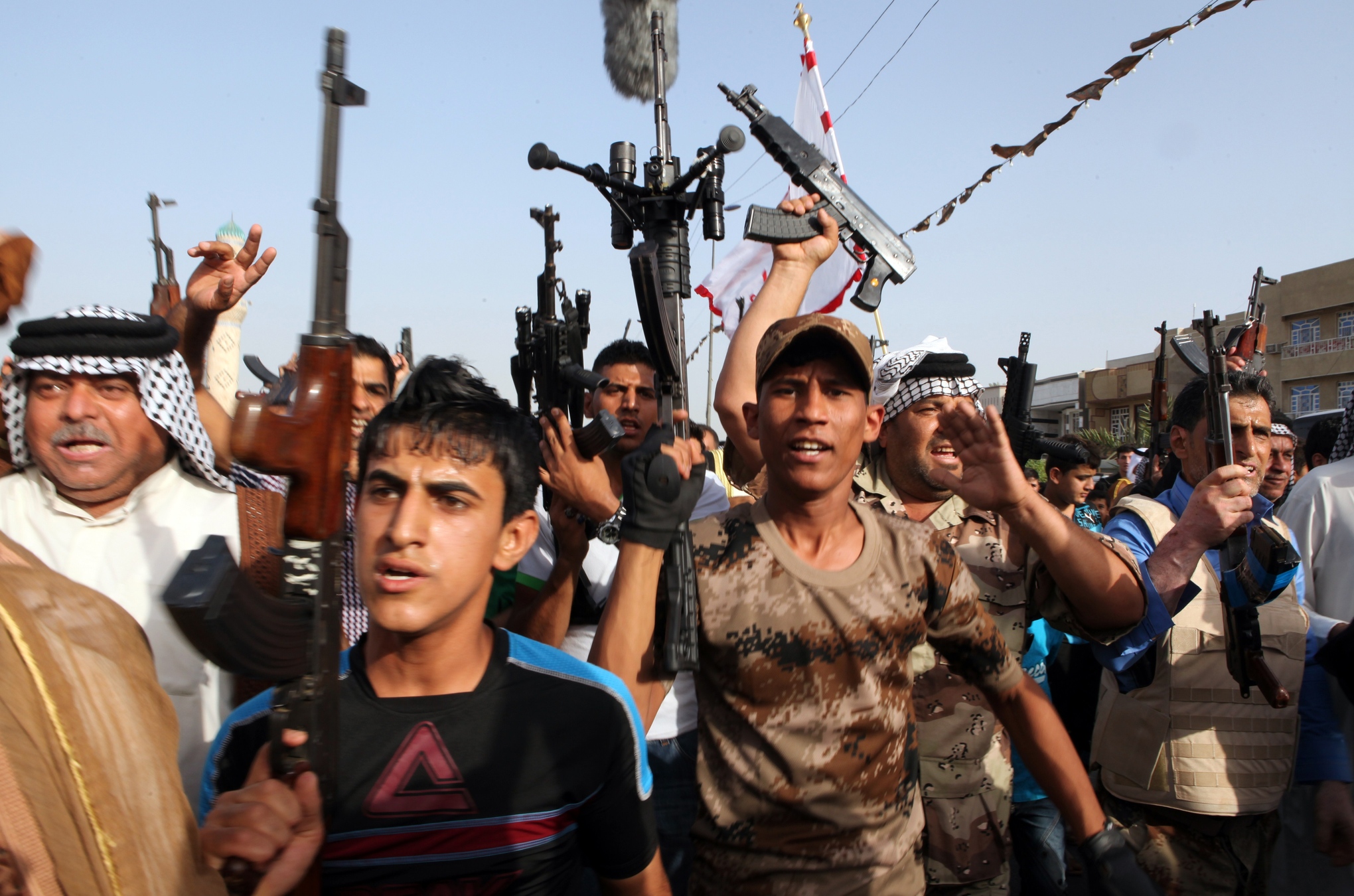 Moreover, Iraqi political reform is hard. "Even if Maliki weren't in power, there are some Sunni grievances than any Shia government would have problems with," Sowell says. Sunnis, according to Sowell, believe they're a much larger percentage of the population than they actually are. Sunni Arabs are about 20 percent of the Iraqi population, but they think they're a plurality. So the majority of Sunni — who believe in the political process and reject the rebels — demand a proportion of political power and economic resources that Shias see as unacceptable.

This is the core problem at the heart of the Iraqi national project. "The main driver, the animating force behind sectarian competition in Iraq" is "how you divide the national pie," says Fanar Haddad, an Iraq scholar at the National University of Singapore. Who gets what — both in terms of oil money and control over political institutions like the army and the judiciary — are the basic questions that divide Iraqi Arabs.

The Iraqi government's failure to satisfy Sunni demands for a bigger pie slice has called the very idea of an Iraqi state into question. "There is a body of opinion of among Sunnis who just do not ascribe any legitimacy" to a Shia-led Iraqi state at all, Haddad says. "The idea of the legitimacy of the state is crucial to this and sort of crucial to what's going on now."

"Even if Maliki weren't in power, there are some Sunni grievances than any Shia government would have problems with"

In other words: the core of the conflict is that Sunnis and Shias want the government to look dramatically different, and be run by different people. That is an astronomically difficult problem to solve on its own terms. The idea that the United States could pressure a solution to it — in the middle of a civil war — overestimates how much influence America has over Baghdad .

It's not that Sunni-Shia divide is totally intractable. As Lynch notes, there have been opportunities to make deals that would have significantly calmed sectarian tensions. Deals that Maliki rejected, of course. And perhaps the US could help broker negotiations at one point in the future.

But the idea that the US could solve the deeper problems fueling the insurgency by removing Maliki oversimplifies just how deep those problems go, and ignores the bigger and more difficult issues. Removing Maliki is a first step, but the broader causes of the chaos in Iraq run much deeper than his administration.