Hillary Clinton's book Hard Choices hit shelves last Tuesday, but it was only the second biggest hardcover of the week. According to Nielsen BookScan, which tracks sales of physical books by both online and retail outlets, Clinton sold 85,721 hardcover copies. Meanwhile, Written in My Own Heart's Blood by Diana Gabaldon sold 88,751. Written in My Own Heart's Blood is the 8th installment in Gabaldon's historical science fiction romance series Outlander.

In print books, nonfiction far outsells fiction. Even with major blockbuster sales like 50 Shades of Gray, nonfiction books sold more than twice as many copies as fiction books. 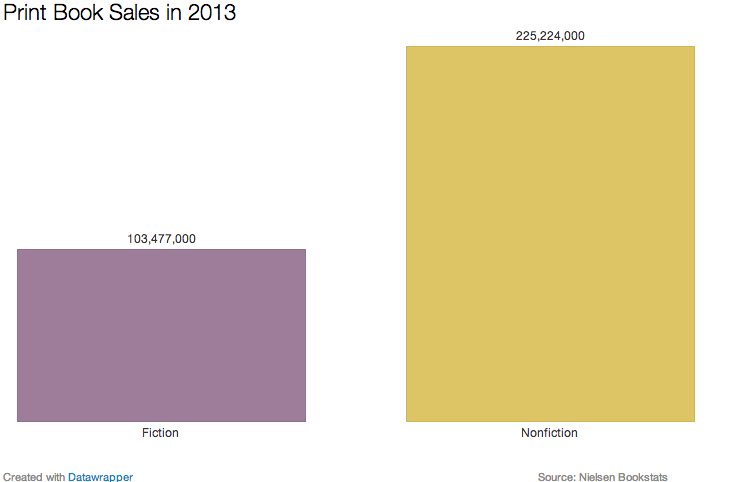 Once you add ebooks to the equation, the stats skew in favor of fiction. So much money is made on fiction ebooks that they end up outselling nonfiction entirely. It would be completely understandable (expected even) for Hillary to be outsold in ebooks, or even ebooks and print combined. But in print sales, she should be dominating.

So, Hillary, things don't look good. Diana Gabaldon is beating you in print sales when you both have star power. You're competitive sure, but based on genre alone, it shouldn't be this close of a race.