Some religious groups are okay with same-sex marriage

Share All sharing options for: Some religious groups are okay with same-sex marriage

The opposition to same-sex marriage is often characterized as religious in nature, but major religious groups are close to evenly split on the issue.

The following chart, based on the Pew Research Center's own table, breaks down the split: 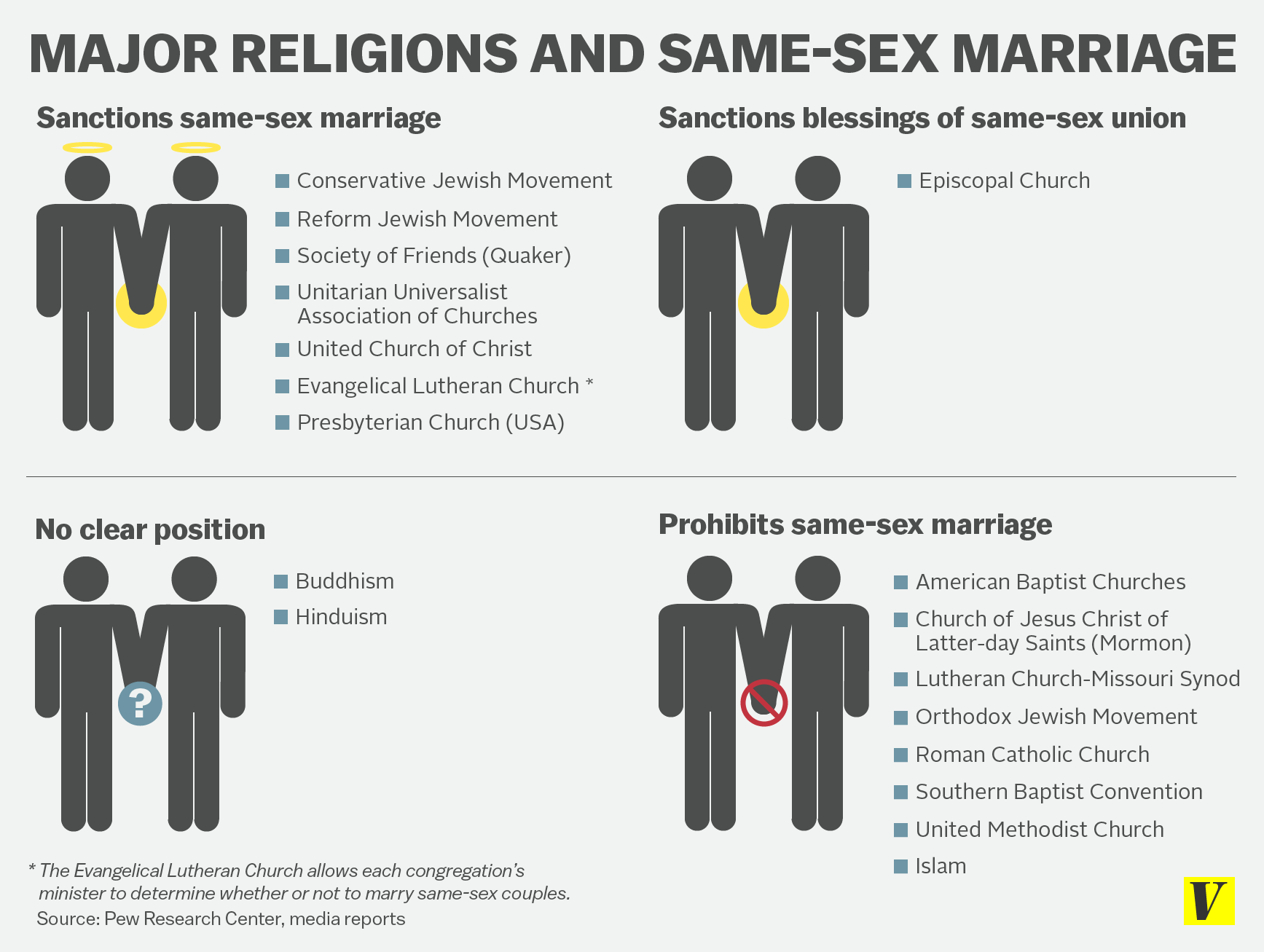 There are Christian and Jewish groups on both sides. Quakers are supportive, while Mormons aren't. And two major religions — Hinduism and Buddhism — don't have stances that are clear enough for Pew to interpret.

Still, some groups with religious roots are definitely among the most ardent opponents of same-sex marriage rights. As LGBT advocacy group HRC points out, the National Organization for Marriage, which opposes same-sex marriage rights, has ties to the Mormon Church and Catholic Church. But Pew's findings show the connection doesn't necessarily reflect on all religions or even worshipers within those sects.

Update: Updated the chart to reflect Thursday's vote by the Presbyterian Church (USA) to allow same-sex marriages, and to clarify that the listed Mormon stance is based on the stance of the Church of Jesus Christ of Latter-day Saints.