Some doctors still use leeches. This is what it's like to be treated by one.

Share All sharing options for: Some doctors still use leeches. This is what it's like to be treated by one.

If you had one of your fingers severed and got it surgically reattached, a doctor might prescribe an unexpected therapy to prevent blood clots: a leech.

Leeches, of course, were used in ancient times as part of the pseudoscientific practice of bloodletting. But few people are aware that they've made a comeback in legitimate medicine over the past few decades, and are now used in rare cases as a way to maintain blood flow in surgically reattached tissue.

"When a leech bites into a piece of tissue, it removes small amounts of blood and injects a chemical that's present in its saliva called hirudin," says Scott Lifchez, a hand surgeon at Johns Hopkins who uses leeches a few times per year. "This is an anti-coagulation factor, and it's one way we can prevent blood from pooling in there."

The medicinal use of leeches — scientifically known as hirudotherapy — is still a relatively niche practice in the US, but it's grown gradually since gaining FDA approval in 2004.

Why leeches made a comeback 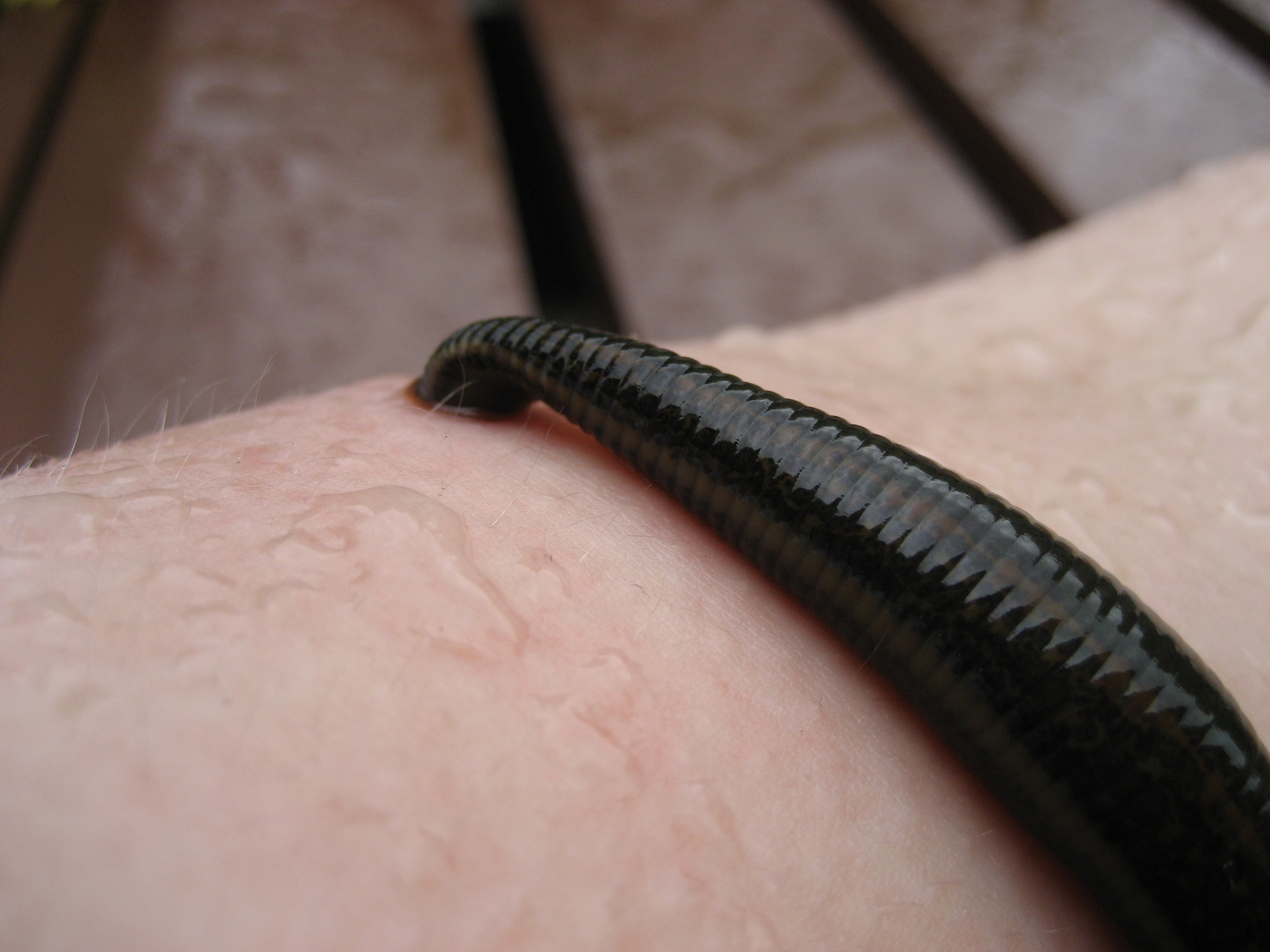 In the US, the pseudoscientific practice of bloodletting continued into the 19th century. "Hirudotherapy was used by trained and untrained therapists, charlatans, and patients themselves, on a whole host of ailments, often resulting in no benefit or even net harm," says Ronald Sherman, director of the BTER Foundation, an organization that supports medicinal use of leeches and other forms of biotherapy. "As a result, the entire practice was considered quackery by the 20th century."

"At some point, we realized that if we're not getting quite enough blood out of the tissue, maybe a leech can help"

During the 1970s, though, as surgeons began performing microsurgery — which involves attaching different pieces of tissue, and connecting thin arteries and veins using a microscope — many ran into the same problem. Veins carry blood away from tissue and back to the heart, but sewing them together is particularly difficult.

One solution: a blood-feeding worm. "At some point, we realized that if we're not getting quite enough blood out of the tissue, maybe a leech can help," Lifchez says.

Attaching a single leech to the re-attached tissue, doctors found, helps ensure that blood won't pool there — partly because the leech sucks blood, but more because the hirudin it injects prevents coagulation. Researchers have since invented synthetic hirudin, but in certain cases, leeches can be more effective, because they deliver a localized dose of hirudin while also removing existing blood buildup.

This led to the gradual comeback of hirudotherapy — both in the US and abroad — and the FDA's official seal of approval in 2004. Since, some doctors have experimented with leeches in treating polycythermia (a disease in which someone's blood contains too many red blood cells) as well as other ailments, but the evidence of their effectiveness in treating these conditions isn't as strong.

What it's like to get treated by a leech 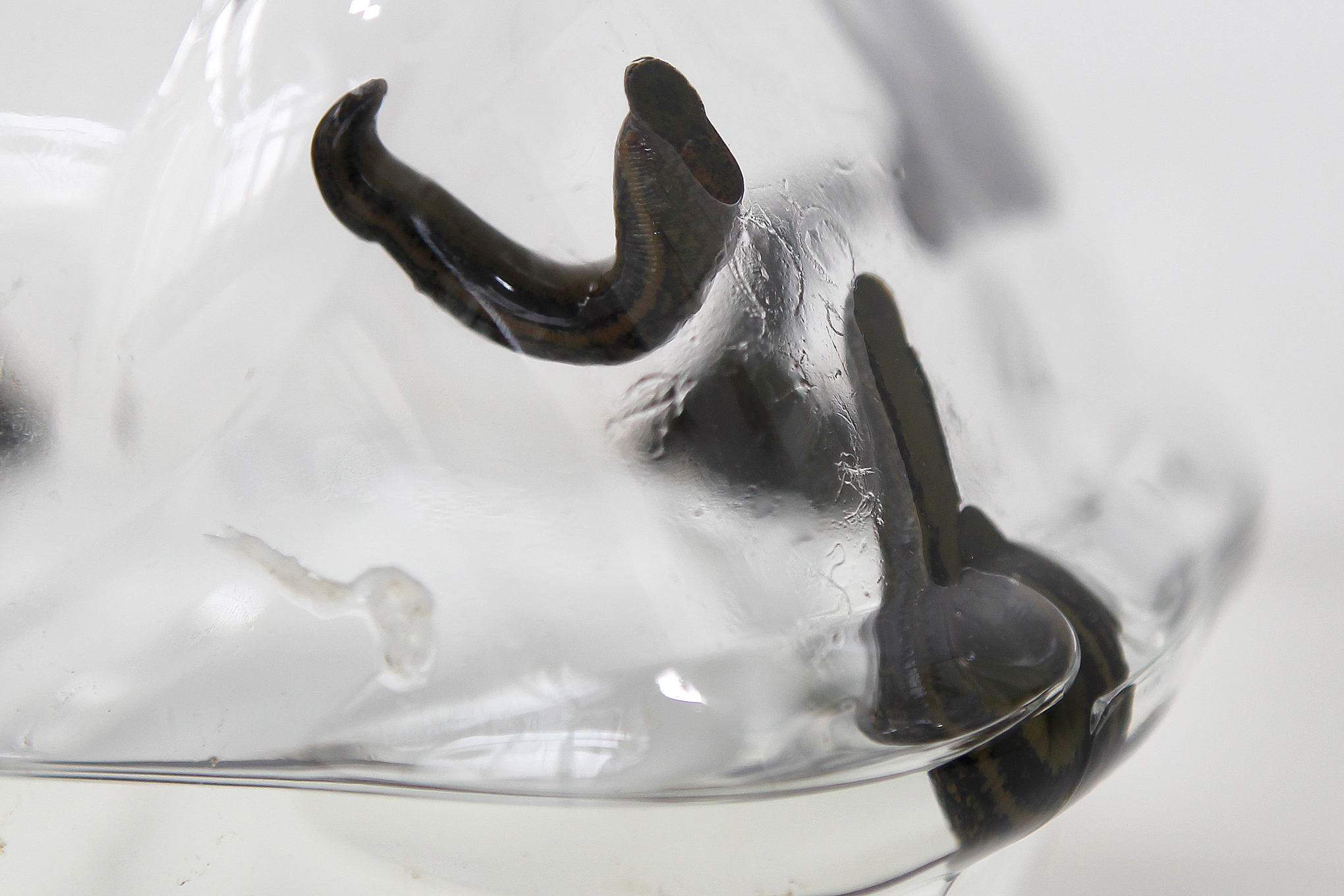 Typically, doctors will prescribe leech therapy to a patient who has had tissue or a limb surgically reattached, while he or she is still in the hospital. The leeches used are specially bred and grown for medical use, from the species Hirudo medicinalis.

Because leeches prefer to suck healthy tissue filled with fresh blood, a doctor or nurse will first apply gauze or vaseline to create a barrier, preventing it from migrating away from the newly reattached tissue. Then comes the leech.

"Interestingly, it does not hurt at all to be bitten by a leech. It is truly painless," Lifchez says. "That's because there's a local anesthetic in their saliva."

It takes up to a minute for the leech to bite into the tissue and begin sucking blood, and it'll typically feed for about 20 minutes before becoming full and falling off on its own. A new one doesn't have to be attached for 6 to 12 hours, because the anti-coagulant hirudin is what's really important, and it stays in the system for some time.

There's absolutely no danger from having a single leech applied to you for a few minutes, because it can't possibly remove enough blood to cause real damage. But patients, Lifchez says, are sometimes thrown off by the treatment.

"The 'ick factor,' it's hard to get past," he says. "So far, I've never had a patient ultimately refuse it, but I've had a number that required me to do some convincing."