Does America even have a Middle East strategy?

Share All sharing options for: Does America even have a Middle East strategy?

Chas Freeman is a longtime American diplomat and foreign policy expert who served as ambassador to Saudi Arabia and president of the Middle East Policy Council. We spoke this morning by phone about how a group as small as ISIS could take and hold so much territory in Iraq and about whether the US can really do anything to stop them. The transcript has been edited for length and clarity.

Ezra Klein: How did we get to a point where a terrorist organization with only a few thousand core fighters could take control of roughly a third of Iraq?

Chas Freeman: There's been a chain of events beginning with the 2003 invasion of Iraq, which destabilized the country and ignited a sectarian struggle that has metastasized and spread widely in the Eastern Arab World. This struggle has become part of a geopolitical contest between Sunni powerhouses like Saudi Arabia, United Arab Emirates and Qatar on one side and Iran and its ambitions for regional hegemony on the other side.

So you have both a geopolitical and religious struggle that has erased borders. What we're seeing, I think, is the end of the post-Ottoman order that the British and French cooked up in 1916. They created six states, Iraq, Syria, Lebanon, Jordan, Palestine, and Israel. Those borders are now up for grabs. 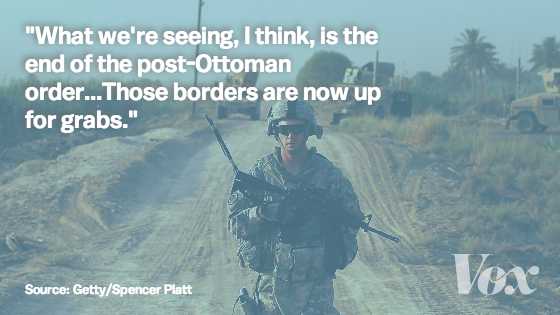 EK: But to ask the dumber question here, even if those borders are up for grabs, how can an organization as small as ISIS capture them? Estimates put their core fighting force at well under 10,000 people. That's compared to the Iraqi army, with hundreds of thousands of fighters, not to mention Iran. The numbers here just don't seem to work.

CF: Baghdad and Syria have both failed to integrate dissident minorities into their political structures. So in the case of Iraq, which is where the rapid advance of this statelet has taken place in recent days, you also have an autonomous Kurdish region that's less and less under the sway of the Maliki regime and you also have an extremely alienated Sunni population. So you basically have a population that detests the status quo and is open to change. Whether they like the changes ISIS will bring about is another question.

EK: Do you think ISIS can actually hold onto the territory it's grabbed to build a state or do you think this is a disturbing but temporary situation and they'll quickly be beaten back?

ISIS will not be destroyed by anyone in the region — or by the US. The only force that can destroy them is their own misbehavior. We can only hope they are their own worst enemies again. 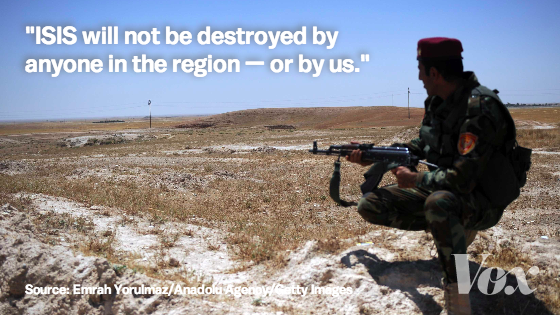 EK: For a reasonably small and very extreme terrorist group ISIS seems to have been really focused on revenue generation and governance issues from the beginning. Where did they develop that expertise?

CF: There are probably two factors: ideologically they broke with al Qaeda precisely on the issue of whether their objective should be the establishment of an Islamic caliphate, or state, managed along the lines of early Islam. So they have had as an objective the establishment of a state from the beginning. And second, they have a lot of practice. They've controlled significant areas inside Syria for some time now. They have learned as they have grown. They've implemented engineering and computer expertise into their operations. This is in effect a militia that has grown into a state.

EK: Others have made the point that in helping the opposition in Syria and now in trying to strengthen the government in Baghdad we're really intervening on both sides of the same conflict. Do you think that's fair?

CF: I think that's correct. The contradictions and incoherence of our strategy really beggar the imagination. And it's not limited of course to the Iraqi and Syrian issues. We are trying to arm moderate opposition to Assad but that armed Islamists. We're trying to back Baghdad which is helping Assad remain in power. Any solution that boosts Assad or Baghdad helps Iranians. So all of this boosts Iran's prestige in the region and alienates Saudi Arabia and other traditional partners in the region.

EK: Do we end up with such a tangled strategy because we view the Middle East through the borders on the map and see Syria as one conflict and Iraq as another when really you have these ethnic and religious conflicts that encompasses many countries?

CF: I think the reason is strategic incoherence and tunnel vision on our part. Sometimes, yes, we define an issue in narrow terms and miss the fact that that issue isn't easily connected to a single country or border. We also are the prisoner of special interests including Israel's views, which are heavily tinged with anti-Iranian paranoia, and the views of the Saudis, who are equally paranoid if not more so about Iran. We have special interests in the United States that have traditional sought the overthrow of the Assad regime in Syria. 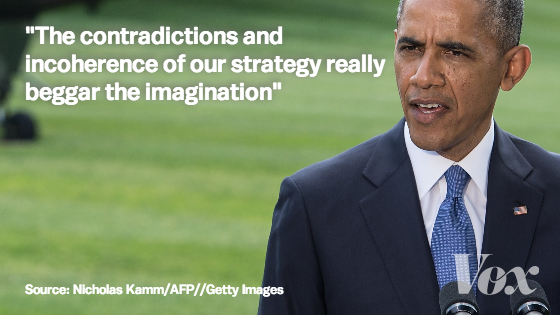 What we have not been able to come up with is a coherent overall strategy that helps us set priorities. Are we in favor of democratizing the region? Sometimes, in some places, but not when it leads to governments we don't like. Do we favor constitutionalism and the rule of law? Well, we're all for elections, but if the elected governments do things we don't like we're happy to see them overthrown. Is our main focus terrorism? Well then why are our policies creating so many terrorists and now, potentially, a state that would be a base for Islamist terror in the region and potentially in our homeland? Are we against Iranian nuclear weapons? Then why do we accept Israel's nuclear weapons? Is our main problem with Iran the nuclear weapons or their influence in the region? From the Israeli perspective it's the weapons but from the Saudi perspective it's the influence. So we have not been able to sort all this through into a coherent set of priorities.

EK: What do you think America's next move in Iraq should be?

CF: I don't think there's a military solution. If we funnel in more weapons we're just likely to see more of them turned against us by the people we're trying to combat. The paradox of all this is that the the idea behind the invasion of Iraq by the neoconservatives was to show the invincibility of American power. Instead we have shown its weakness.

It's interesting that both Washington and Tehran have gone out of their respective ways to urge the government in Baghdad to address the problems of disdain and discrimination against the Sunni minority. There has to be political leadership in Iraq that can integrate Sunni Iraqis into the political structure rather than exclude them.

This is a hard thing to say given the 3 trillion dollars the US has invested into Iraq, but if you ask who has the political clout to get Iraq to do that, it is not us. It's Iran. We get nowhere in places like Syria when we exclude key players from the dialogue. We tried to run a process there that did not include Iran and Saudi Arabia. That was doomed to fail from the beginning. The first rule of diplomacy is that agreements require the buy-in of those with the capacity to wreck them. So we need to find a way to enlist the key interests in the region in stability. We can't do it from 8,000 miles away.