The phony Obamacare debate is over. Time for the real one.

Share All sharing options for: The phony Obamacare debate is over. Time for the real one.

The data released yesterday regarding the actual prices shoppers will pay for Affordable Care Act exchange insurance plans will not, of course, end the debate over Obamacare anymore than the improved technical performance of the website or the administration's success in meeting its enrollment targets has.

The main goal of the Affordable Care Act was to take millions of Americans who could not afford comprehensive health insurance and give them comprehensive health insurance. The fake debate over the ACA — death panels, broken websites, enrollment numbers — consisted of Republicans pretending to be worried that the actual legislative and bureaucratic operation of the law would fail to achieve that goal.

And for a while it looked like there was some chance of failure.

They think the money it costs to provide those subsidies should be taken away, and it should be given to high-income households in the form of tax cuts.

But it turns out that websites can be fixed. And that the idea of an anti-Obamacare backlash from the people Obama hoped to enroll was fundamentally silly. The average subsidy-eligible enrollee in the federal exchange gets a pretty cheap health plan: 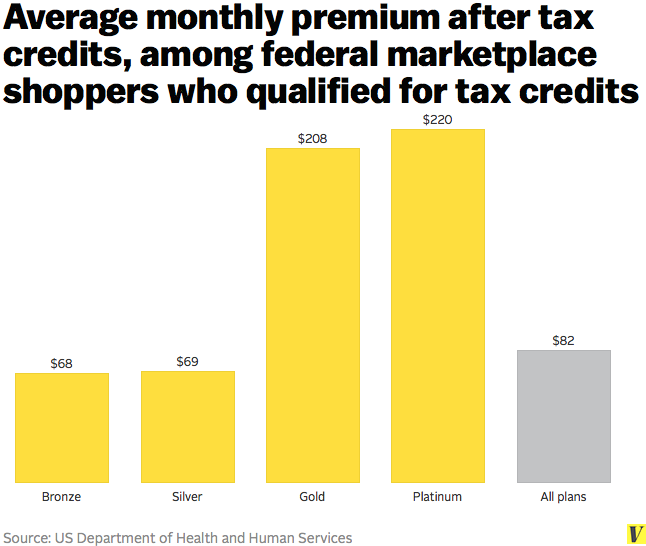 And she gets it because she's also getting a generous subsidy: 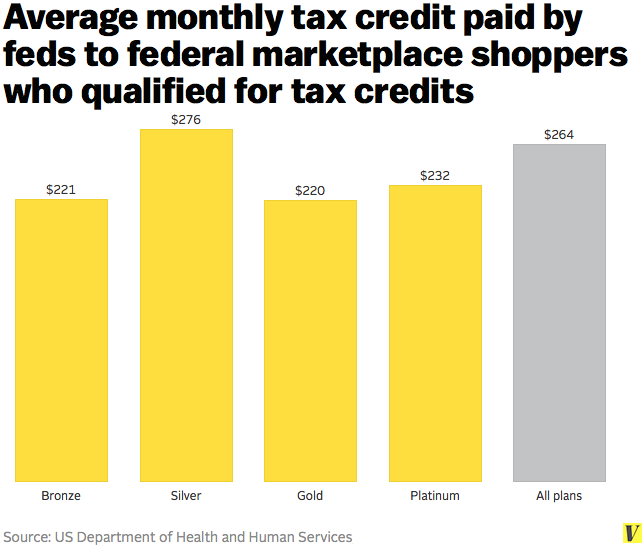 This is, rather obviously, a great deal for the people getting the deal.

Which of course doesn't make it uncontroversial or obviously a good program. Consider:

Obamacare is bigger and more expensive than those other programs, but no different in its political meaning. It is a large-scale effort to improve living standards for people in the bottom half of the income distribution by giving them additional economic resources. One of America's political parties doesn't like that idea in any non-health context and they don't like it for health care either. They think the money it costs to provide those subsidies should be taken away, and it should be given to high-income households in the form of tax cuts.

This is an excellent and important policy debate to have. One of the great ideological issues not just of our time and place, but of democratic politics across eras and countries. Should economic resources be distributed more equally or less equally?

But thus far to an amazing extent we haven't been having that debate. Instead we've been having a debate over whether Obamacare works, over death panels, over enrollment numbers, over income verification procedures, and over the minutia of premiums and payments. It's time to put that debate behind us. It's clear — as it always should have been — that if you offer people large subsidies to go buy health insurance, lots of people will happily take the money and go buy some health insurance.

It's time to start debating the real issue: should we do that, or is it more important to keep taxes on high-earners low than to give low-earners comprehensive health insurance?