Transgender soldiers still can't get the health care they need

Share All sharing options for: Transgender soldiers still can't get the health care they need

Whether it's active-duty personnel, retired service members, or combat veterans, former and current transgender soldiers and their families face varying levels of discrimination from the nation's largest employer and related agencies. With progress being made in other federal agencies, some LGBT advocates are now calling for greater efforts to alter the military's longstanding stance.

"These trans bans have been frozen in time"

The restrictions, as with most forms of discrimination against transgender people, are based on outdated medical rationale. Many medical experts prior to the 1990s argued transgender status was an untreatable mental health issue. But most medical experts today, including the American Psychiatric Association, agree hormone therapy and sex-reassignment surgery can treat gender dysphoria, when someone has significant discontent with the gender he or she was assigned at birth.

"These trans bans have been frozen in time," says Joshua Block, an attorney at the ACLU LGBT Project. "Across the board, it's a matter of getting agencies, including the Department of Defense, to view regulations concerning trans health care the same way they would view any other health-care regulation."

The US military doesn't allow transgender soldiers to serve openly

The repeal of Don't Ask, Don't Tell ended the ban on openly gay and lesbian soldiers. It did not, however, end discrimination against transgender soldiers, who are not currently allowed to serve openly in the US military. 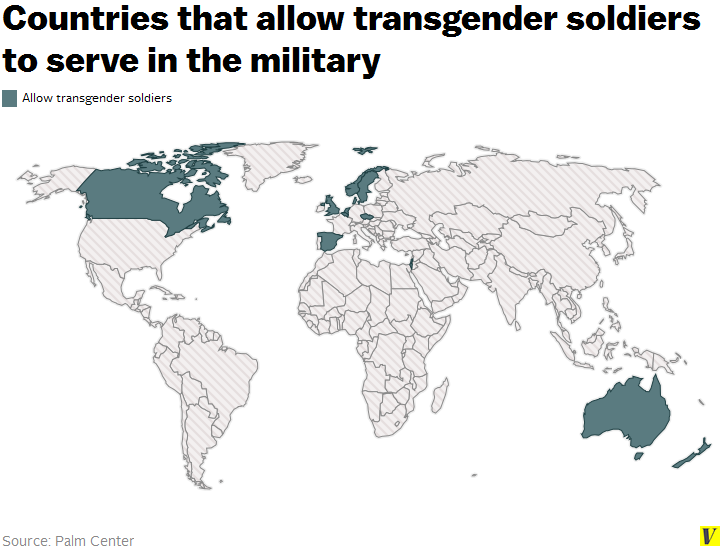 As a recent report from the Palm Center explained, the ban allows commanders to dismiss transgender individuals from the military without a medical review, regardless of the soldier's ability to serve. As a result, transgender soldiers are forced to hide their true identities if they want to remain in the military.

Given the ban, the institution won't cover transition-related care for transgender soldiers — even after other federal agencies have updated their policies. 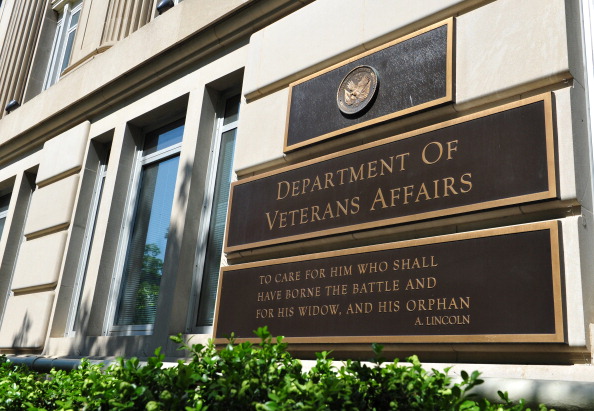 The US Department of Veterans Affairs will, depending on a veteran's qualifications in the VA system, cover and perform some transgender care services, with the major exception of sex-reassignment surgeries.

The VA, for instance, will cover hormone therapy, mental health care, preoperative evaluation, and medically necessary post-operative and long-term care following sex-reassignment surgery. But it will not cover or perform the surgery itself.

With the ongoing VA scandal, LGBT advocates acknowledge the agency has its hands full at the moment. But they also consider the exception severely outdated and backwards for the agency, given the VA's attempts to stay up-to-date with major medical developments. 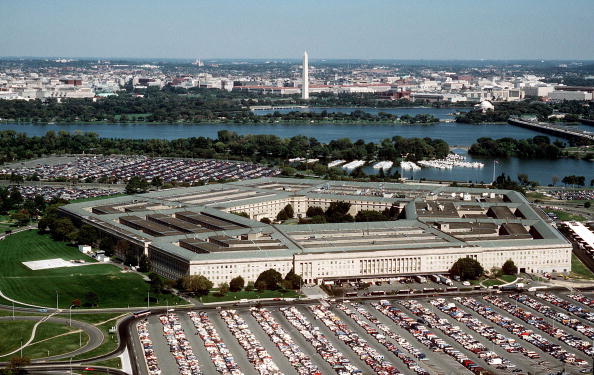 Like the VA, TRICARE, the health plan that covers military retirees and family members, will cover transition-related care except sex-reassignment surgeries.

What's unique about this restriction is it doesn't only affect current and former military personnel. Like other major employers, the military offers health coverage to its employees' — in this case, soldiers' — families. So the restriction on sex-reassignment surgery means a soldier's transgender spouse, sons, or daughters wouldn't be able to get care that much of the medical community considers legitimate and necessary.

At the same time, TRICARE covers other controversial procedures if they're deemed medically necessary. Its health plans, for example, will cover abortions if the pregnancy puts the life of the mother at risk or is the result of an act of rape or incest.

There's not much movement yet, however, to change the transgender restrictions. Mara Keisling, executive director at the National Center for Transgender Equality, said in a conference call Monday that she knows of no LGBT group seriously pursuing the cause at the moment.

The Obama administration could end these restrictions by itself 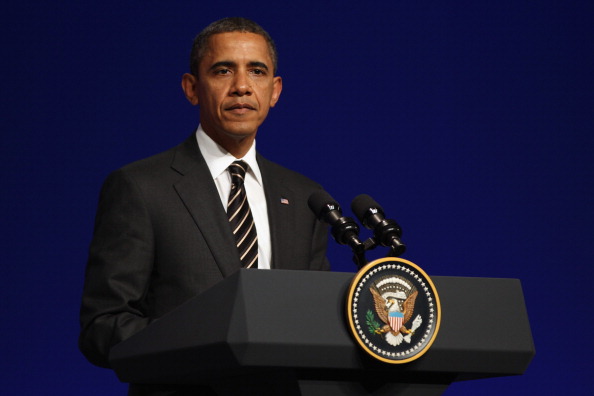 None of these restrictions are actually written into law. They are instead present in regulations that the Obama administration, whether through lower administrators or the president himself, could unilaterally begin to change.

There's some signs the Obama administration is at least considering changes. In May, Secretary of Defense Chuck Hagel told ABC News that he's open to reviewing the current ban on transgender soldiers.

But a Department of Defense spokesperson said in an email that a formal review is not underway. When pressed, the official declined to explain why the Department of Defense isn't doing a review even after decisions for Medicare and Federal Employee Health Benefits labeled these restrictions as unsupported by the current science.

The White House deferred questions about the issue to other departments, and the VA didn't respond to inquiries about restrictions on transgender care.

Given the developments in other areas of the federal government, however, many LGBT advocates feel it's only a matter of time until the problems get more attention. For them, the first target will be the military's ban on openly transgender soldiers.

"One way or another, the ban is going to have to come down," Block, of the ACLU, says. "In the meantime, it's our job to keep up the pressure but also keep up the education on this issue."