Obama calls for a crackdown on "seafood fraud" and illegal fishing

Share All sharing options for: Obama calls for a crackdown on "seafood fraud" and illegal fishing

On Tuesday, the White House asked federal agencies to crack down harder on both "seafood fraud" and illegally-caught fish imported into the United States.

This didn't get nearly as much attention as Obama's proposal for a vastly expanded marine reserve in the Pacific, but it's worth a closer look.

The move came after a couple of recent studies finding that a surprising amount of seafood sold in the US may be either mislabeled or imported illegally from abroad. The first problem can mislead consumers. The second can undermine countries trying to curtail overfishing. Federal regulators, for their part, have had trouble keeping track of where seafood is actually coming from. The new memo asks agencies to work with industry to improve "traceability" — though there are still plenty of questions about how this would work.

So here's a short rundown. Note that there are two distinct issues here. First, there's "seafood fraud," or the prospect that some fish sold in the US may be mislabeled. Second, there's the possibility that illegally-caught fish from abroad are entering the US market.

What is "seafood fraud"? 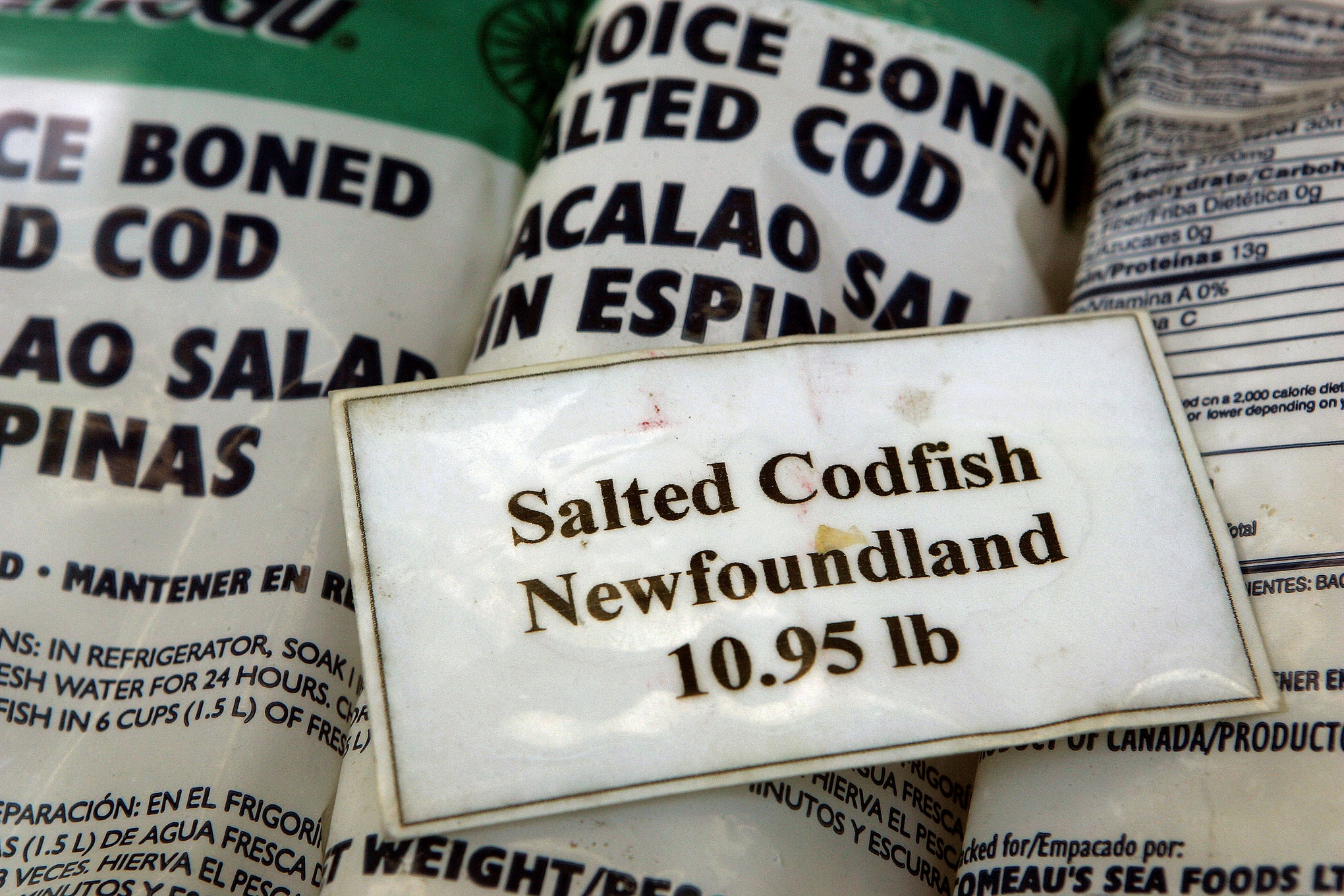 Label identifying salted codfish from Newfoundland at The Fishguy Market March 28, 2005 in Chicago, Illinois. Starting today, most seafood sellers in the US must provide shoppers with country-of-origin labels as well as whether the fish was caught in the wild or farm-raised. Tim Boyle/Getty Images.

Ideally, when supermarkets or restaurants or store-goers purchase seafood, they would know exactly what they're getting (as in the picture above). But this isn't always the case — and sometimes seafood is mislabeled for financial gain. That's "seafood fraud."

Some seafood sold in stores isn't what it claims to be

In theory, there are a number of agencies that try to prevent this — including the Customs and Border Protection and the Food and Drug Administration. But as a 2009 GAO report found, these agencies end up missing a lot.

And some seafood sold in stores isn't actually what it claims to be. In a 2013 study, the conservation group Oceana tested 1,215 seafood samples sold by retailers in 21 states. It found that 33 percent of them didn't conform to FDA labeling guidelines.

For example, DNA testing revealed that only 7 of the 120 samples of "red snapper" purchased in stores was actually red snapper. The rest were other species of fish.

That's not always a huge deal, but it can be a problem. Some sellers may be selling low-value fish and claiming that it's a more expensive species — for instance, passing off catfish for grouper. In other instances, health problems can result. Back in 2011, the Boston Globe found that some sushi restaurants were serving escolar, a species banned in Japan because it can make people sick, but claiming it was tuna.

What's the problem with illegal or unregulated fishing? 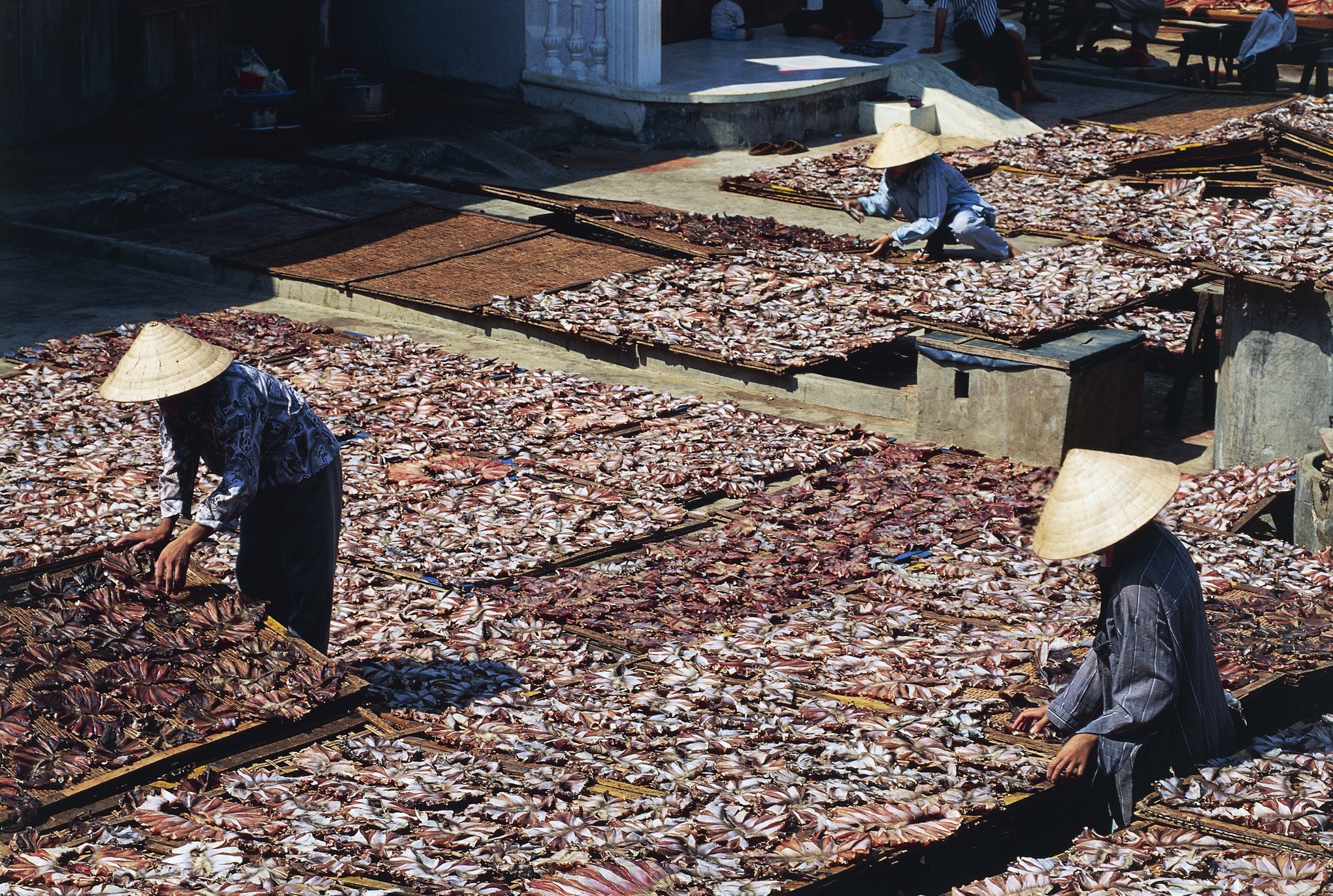 The United States imports about 90 percent of its seafood from abroad. Ideally, this fish would come from well-managed fisheries that aren't being depleted unsustainably.

But the reality is a lot murkier. An April 2014 study published in the journal Marine Policy estimated that between 20 percent to 32 percent of seafood imported into the United States was likely coming from illegal, unregulated, or unreported fishing abroad.

Why does that matter? In part because illegal or unregulated fishing can undermine effortsby other countries to manage their fisheries and avoid overfishing. US imports encourage those practices.

There are also economics to consider — by some estimates, illicit fishing costs the legitimate fishing industry some $10 billion to $23 billion in sales each year.

In theory, the US already has laws to prevent this — under the century-old Lacey Act, it's illegal to import fish caught in violation of another country's conservation practices. But in practice, this is extremely difficult to enforce.

The Marine Policy study found that documentation for fish origins was often unreliable, and illicit fish were often mixed in with legal fish at processing plants in places like China. So the authors, for their part, tried to identify the origins of different fish imported into the United States and make an estimate based on reported rates of illegal fishing in those fisheries.

The study found that about 80 percent of US seafood imports came from just ten countries: China, Thailand, Indonesia, Ecuador, Canada, Vietnam, the Philippines, India, Mexico, Chile. And some of those countries had very high rates of illegal or unreported fishing, particularly China, Vietnam, and Indonesia.

It's worth noting that precise estimates are very difficult to get, however. The National Fisheries Institute, a trade association, disputed the study, arguing that the numbers on illegal or unreported fish being imported were far too high. 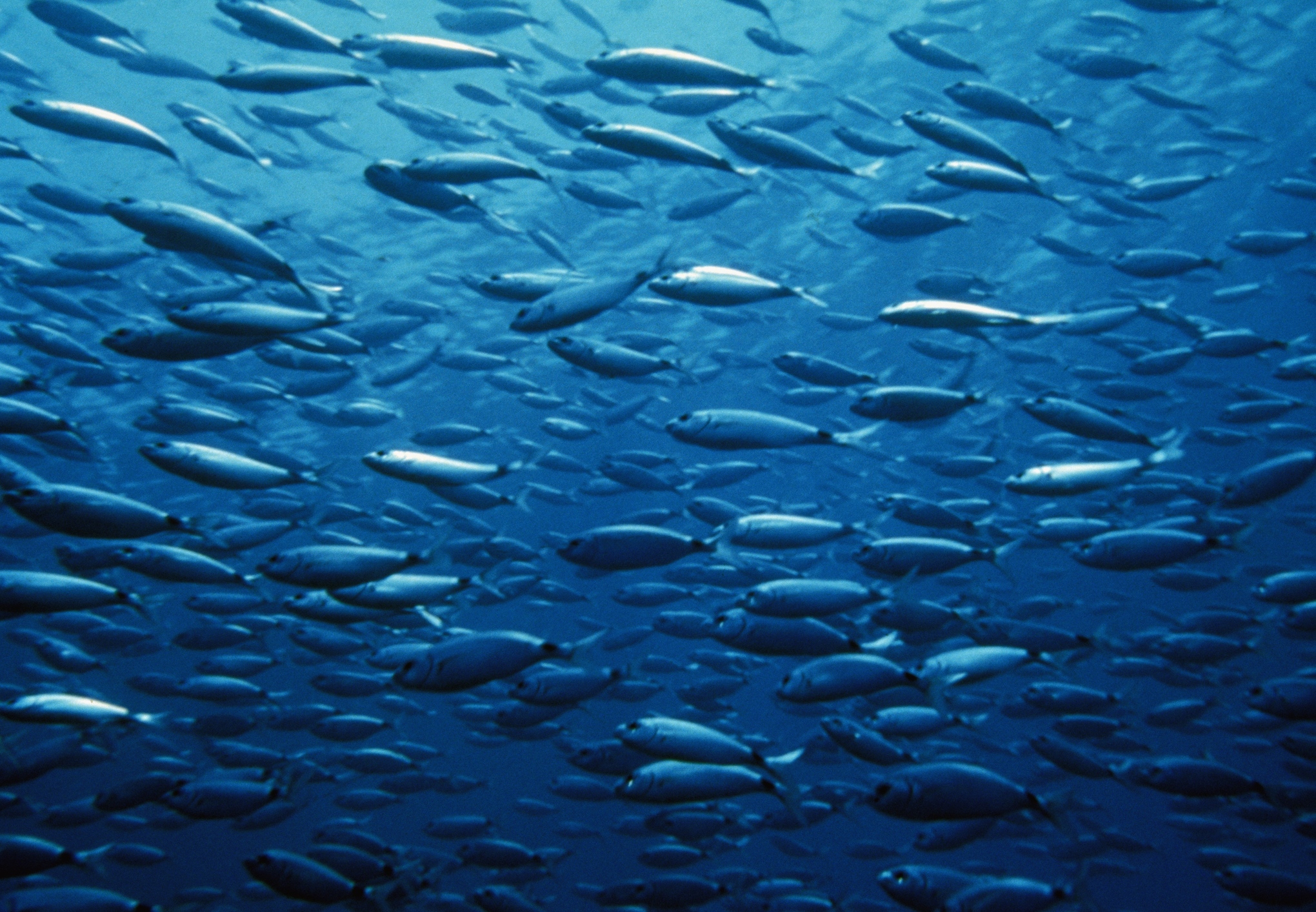 Some conservation groups see the above problems as related and point to a single solution — better tracking of fish and other seafood throughout the supply chain.

Oceana, for one, has called on the US government to set up clear standards that would allow regulators to use technology to track fish every step of the way — from the fishing boat all the way to the store.

See this post by Alexis Petru for more on what that might look like in practice. A few companies have started doing this on their own, putting radio-frequency identification tags on fish when they're caught — and following the fish throughout the supply chain.

The administration seems to want to expand those efforts. The White House memorandum released on Tuesday direct federal agencies to work "with industry and foreign partners to develop and implement new and existing measures, such as voluntary, or other, traceability programs, that can combat [illegal, unregulated, and unreported] fishing and seafood fraud."

It's still unclear what those measures will look like — we'll have to see what comes out of this initiative. What's more, improving traceability isn't always as easy as it sounds. A recent piece in Food Safety Magazine took a look at efforts by fishing companies on the Gulf Coast to implement electronic traceability — and some companies either found the technology a hindrance or struggled to implement it.

Congress has also taken an interest in this issue — and could likely go further than the administration alone. Here's a bill by Rep. Lois Capps (R-CA) that would require seafood traceability throughout the supply chain.

Update: This post has been expanded and restructured a bit to note that there are two separate issues here — mislabeling and illegal imports.