Disruption is a dumb buzzword. It's also an important concept

Share All sharing options for: Disruption is a dumb buzzword. It's also an important concept

Jill Lepore isn't a fan of Clay Christensen's concept of disruptive innovation. Writing in the New Yorker, she laments the growing ubiquity of the term in business in general and Silicon Valley in particular. And, quoting me among others, she specifically laments the application of the concept to the news business.

Lepore is right that the concept of disruptive innovation is often overused and even misused. She's also right that Christensen himself, in his role as consultant to business luminaries, has overstated his own theory's explanatory power. Yet Lepore is wrong to dismiss Christensen's theory, and she's especially wrong to suggest that it has little to say about the future of journalism. 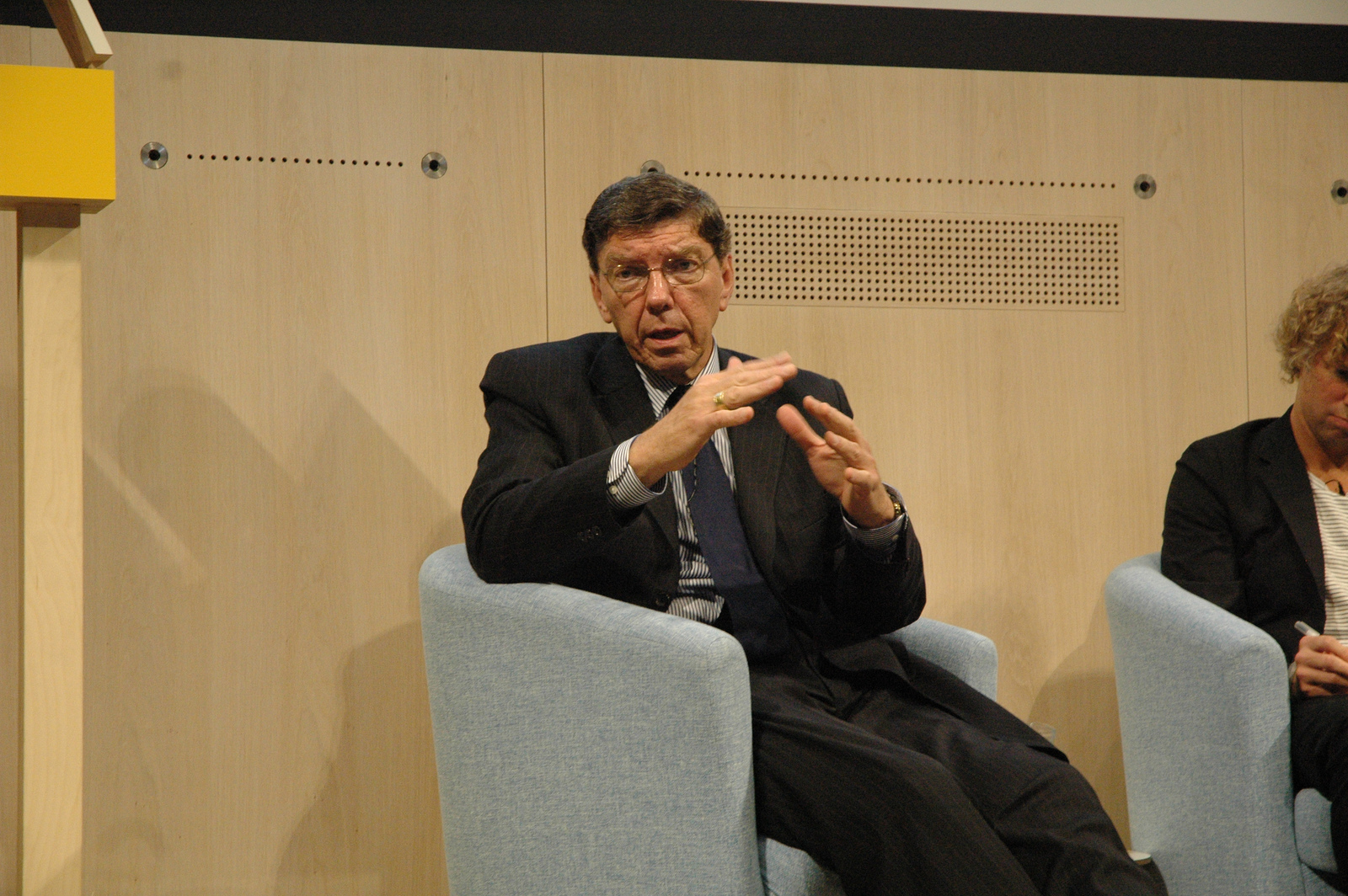 A disruptive innovation, as Christensen defined it, is a new technology that's simpler, cheaper, and — at least initially — lower-quality than the one that came before it. Early PCs were a lot less powerful than the mainframes that were already on the market. Early news websites were markedly inferior to the New York Times. Yet the low cost of these technologies lowered the barrier to entry, permitting a faster pace of innovation. And so over time they've narrowed the gap with incumbent products. In many cases, disruptive firms have driven their older rivals into bankruptcy.

One of the big problems with the theory of disruptive innovation is that its originator, Clay Christensen, faced a conflict of interest that we might call the "Innovator's Dilemma" Dilemma. In the introduction to his 1997 book, Christensen wrote that "colleagues who have read my academic papers reporting the findings recounted in chapters 1 through 4 were struck by their near-fatalism." Over and over again, the book described how businesses tried and failed to cope with the problem of disruptive innovation

Yet as a business professor at Harvard, Christensen's job is to provide business advice to (and train future leaders of) large, incumbent businesses. Telling your clients that they're doomed is bad for business. So Christensen has faced a strong temptation to soft-pedal his own theory. In the closing chapters of the Innovator's Dilemma he insists, against most of his own evidence, that businesses can cope effectively with disruptive innovation if they follow the right advice.

Thanks to this kind of perverse incentive, the term "disruption" has often come hand in hand with a certain amount of hucksterism. People who have no connection to Christensen, many of whom don't seem to even understand his theory, have declared everyone and everything to be disruptive. The problem has become so bad that that many intelligent people have begun writing it off as a meaningless buzzword.

Yet Lepore's nitpicking aside, Christensen's theory has a lot of explanatory power. It's impossible to talk about what's happening to companies as diverse as Kodak, Microsoft, and the New York Times without the vocabulary and concepts Christensen developed. And while understanding the theory won't solve all the problems these companies face, it will certainly allow them to make more thoughtful decisions than if they follow Lepore's advice and write it off altogether. 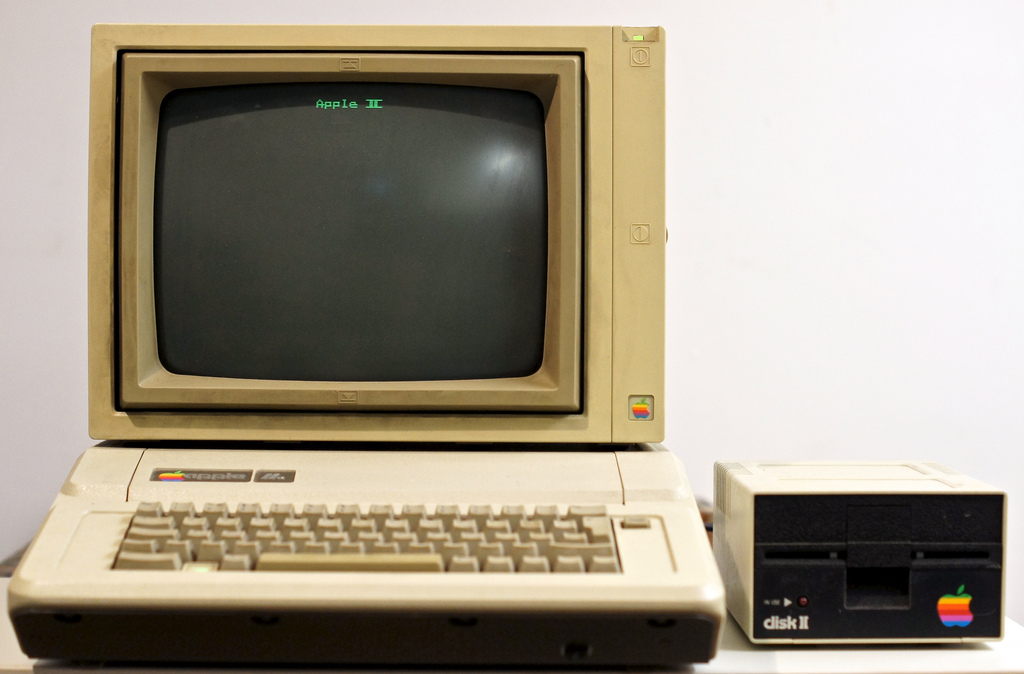 One of Lepore's criticisms of Christensen is that his theory has a lousy track record for predicting how disruptive innovations evolve. She notes that in 2000, Christensen launched a $3.8 million Disruptive Growth Fund, which proceeded to lose 64 percent of its value, even more than the S&P 500 during the same period.

Yet this is more an indictment of Christensen's efforts to cash in on the theory than on the theory itself. To make large profits as an investor, you either need to benefit from good luck or else from some kind of information that's not available to rival investors. Christensen's theory of disruption is hardly a secret — it's one of the most famous ideas in business — so whether it's true or not, it's extremely difficult to make money off of it. Lots of economic principles have this character. The law of supply and demand is correct, but knowing that it's correct isn't going to help you make savvy investment decisions — everyone else in the market also knows it's correct and invests accordingly.

Moreover, failure is an essential part of Christensen's theory. The rapid pace of disruptive innovation happens because their low cost allows a lot of experimentation. Most of the experiments fail, but the successes push the industry forward. So the fact that the specific disruptive companies Christensen backed failed doesn't really contradict his theory, which doesn't say anything about which firms will best capitalize on a disruptive trend or even which disruptive technologies will have the biggest impact. 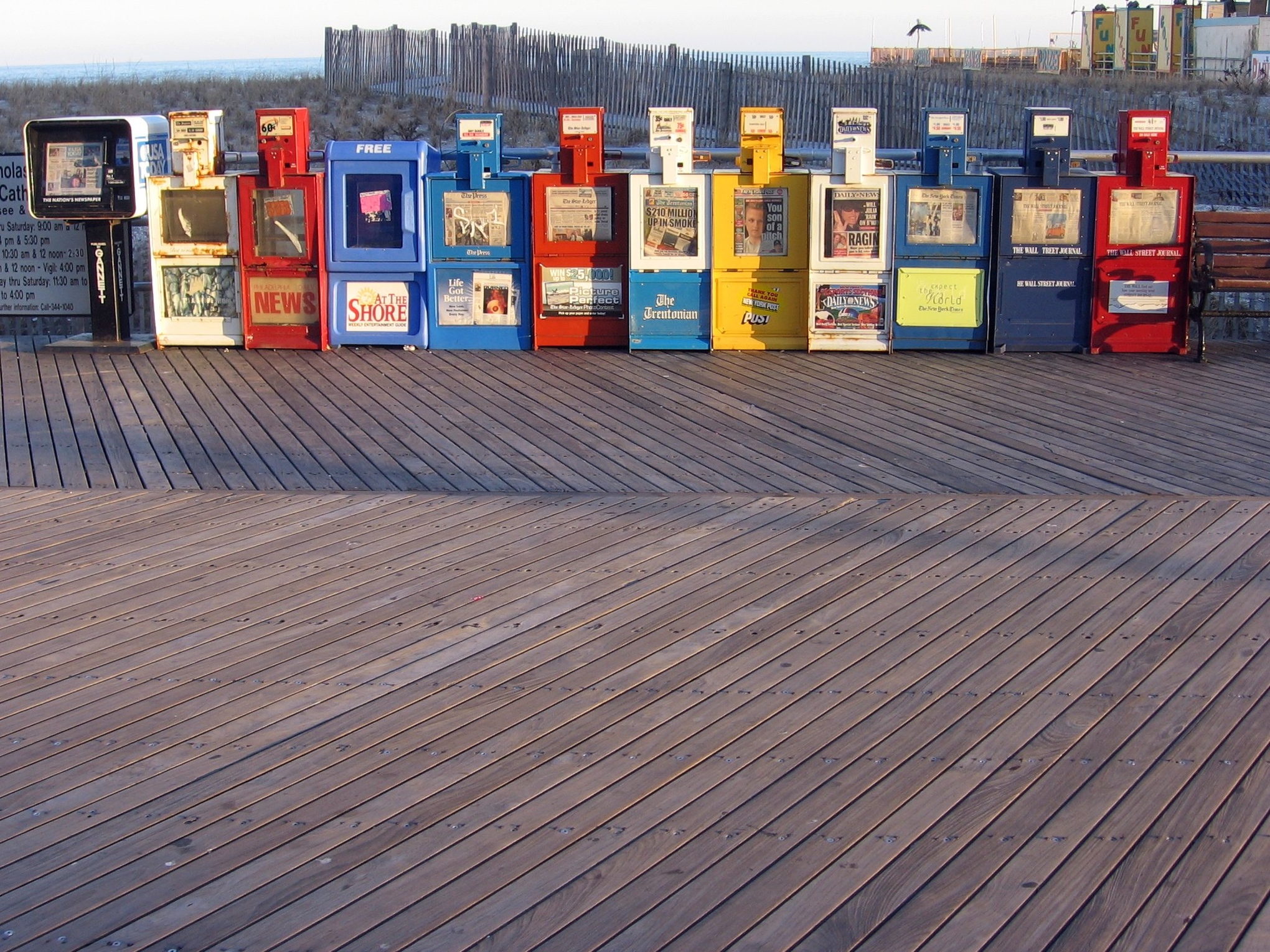 Journalism isn't an industry but newspapers are

Lepore faults people like me for trying to apply Christensen's concept of disruptive innovation to the news business:

Public schools, colleges and universities, churches, museums, and many hospitals, all of which have been subjected to disruptive innovation, have revenues and expenses and infrastructures, but they aren’t industries in the same way that manufacturers of hard-disk drives or truck engines or drygoods are industries. Journalism isn’t an industry in that sense, either.

It's true: journalism isn't an industry. But here Lepore is making the same fundamental mistake as the authors of the New York Times innovation report: failing to distinguish the industry of newspaper publishing from the profession of journalism.

It's true that journalism is a profession that, like the practice of law or medicine, has obligations beyond the bottom line. But the New York Times isn't a non-profit organization like a university or museum. It's a business. The Times doesn't have donors, so if it doesn't turn a profit — or at least avoid big losses year after year — it will go out of business.

Credible news organizations deal with this dilemma by erecting a wall between the business and editorial sides of their organizations. The editorial team is given autonomy to report the news without regard to commercial considerations. It's the job of the business team to figure out how to convert all those "eyeballs" into a profitable business.

Lepore seems to think that disruptive competitors of the New York Times are attacking the very concept of a wall between editorial and business. But that's not true. Here at Vox.com, we take the same approach as any other credible news organization: the editorial team operates independently of the people who sell our ads.

The problem with the New York Times isn't with the existence of the "wall," it's that the paper erected the wall in the wrong place. At the Times, the editorial side of the wall only contained reporters and editors, while other functions such as design and software development were on the business side. This made a certain amount of sense for a mature technology like print. But it was disastrous for the web, because close collaboration between writers, designers, and technologists is essential to creating a compelling editorial product.

This confusion between the profession of journalism and the industry of newspaper publishing is responsible for a lot of confused thinking in the news business. Newspaper stalwarts are right that it would be a shame for journalists to compromise their integrity for crassly commercial considerations. But newspaper journalists have clung to the style of newsprint journalism — 800-word inverted pyramid stories, infrequent use of multimedia, heavy editing, and so forth — in the mistaken belief that departing from this style would compromise their integrity.

Many newspapers still evaluate reporters by their ability to get stories on page A1 of the print newspaper rather than on their success at generating web traffic in the mistaken belief that it's unethical to try to write stories that a lot of people want to read. Newspaper journalists believe in a strict separation between the news and opinion sections of the newspaper, but this is less an ethical principle than a business strategy that made more sense for a monopoly print product than in the competitive online news business.

Christensen's theory helps to explain why newspapers behave like this. Newspaper companies were built to produce newspapers, and they still get a disproportionate share of their revenue from print newspapers. And so both cultural inertia and financial incentives have caused newspapers to continue the habits and policies that made them successful in print, even though those same practices are counterproductive online.

In contrast, web-native organizations like BuzzFeed and Vox Media don't face this kind of dilemma. As web-only publications, we earn 100 percent of our revenue from our website and so are completely focused on doing a style of journalism that works well on the web. That doesn't mean compromising our editorial integrity — we're just as willing to trash our advertisers and owners, when doing so is merited, as our newspaper competitors. But it does mean that we're comfortable experimenting with lists, cardstacks, colorful headlines and other innovations that help our work stand out on the web. And it means that we've erected the wall between editorial and advertising in a more sensible place, allowing close collaboration among writers, designers, and technologists.