9 reasons the Fed made a mistake today

Share All sharing options for: 9 reasons the Fed made a mistake today

All year, the Federal Reserve has been executing something monetary policy nerds call the taper. It's a measured tightening of monetary policy, as each month the Fed moderately reduces the amount of Quantitative Easing it does and the amount of money it prints. That continued Wednesday with another $10 billion in tapering.

It was a mistake — the Fed should have done the opposite and increased the amount of QE it's doing. Here are nine great reasons why. 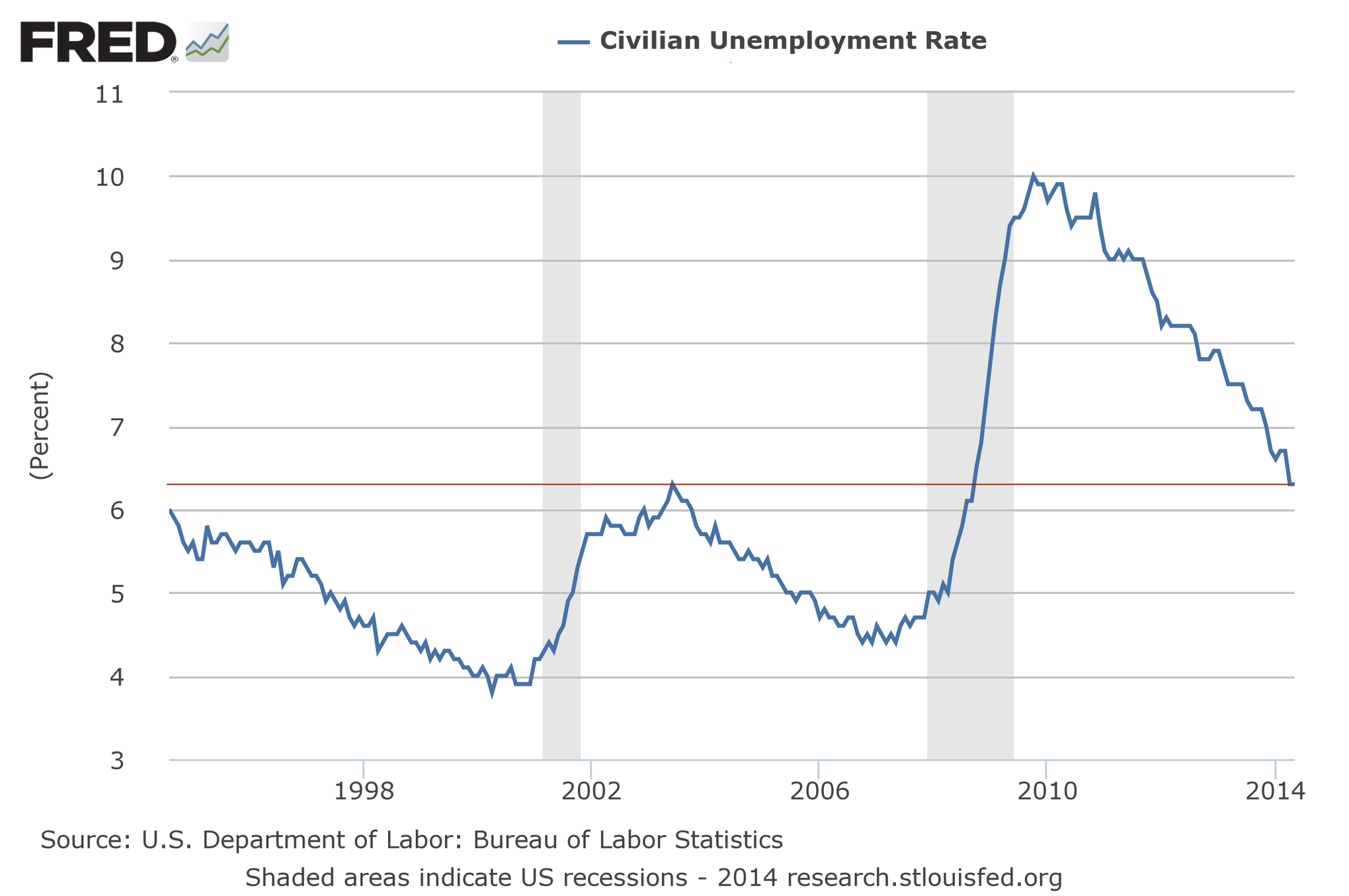 Unemployment has fallen a lot from its peak, but by absolute standards it's still insanely high. Indeed, it's just about where it was at the peak of the previous recession. If you didn't think that the very worst moment of the early-aughts labor market was a good time for tighter money, that's a good baseline reason to believe that today isn't a good time for tighter money either. 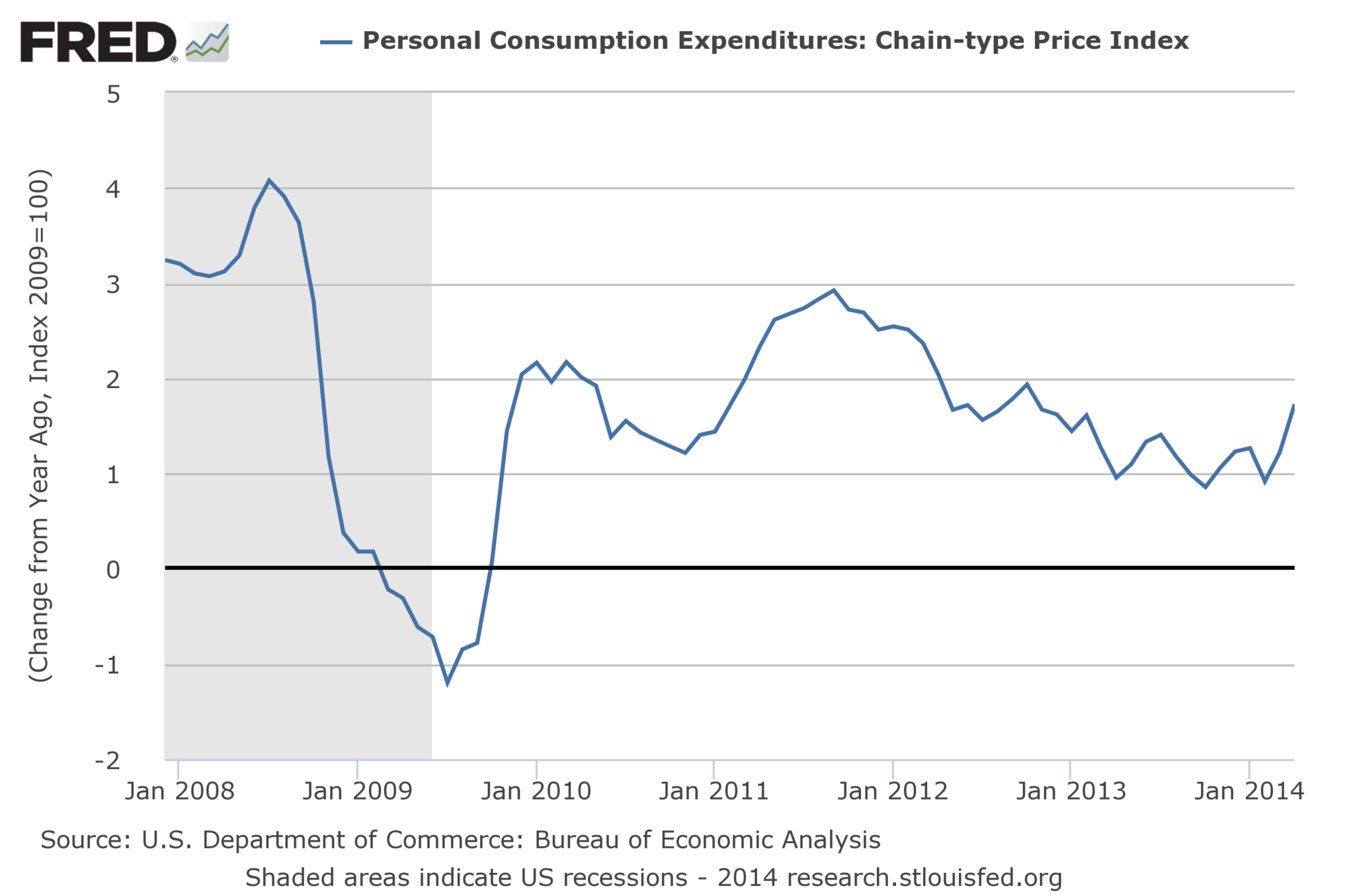 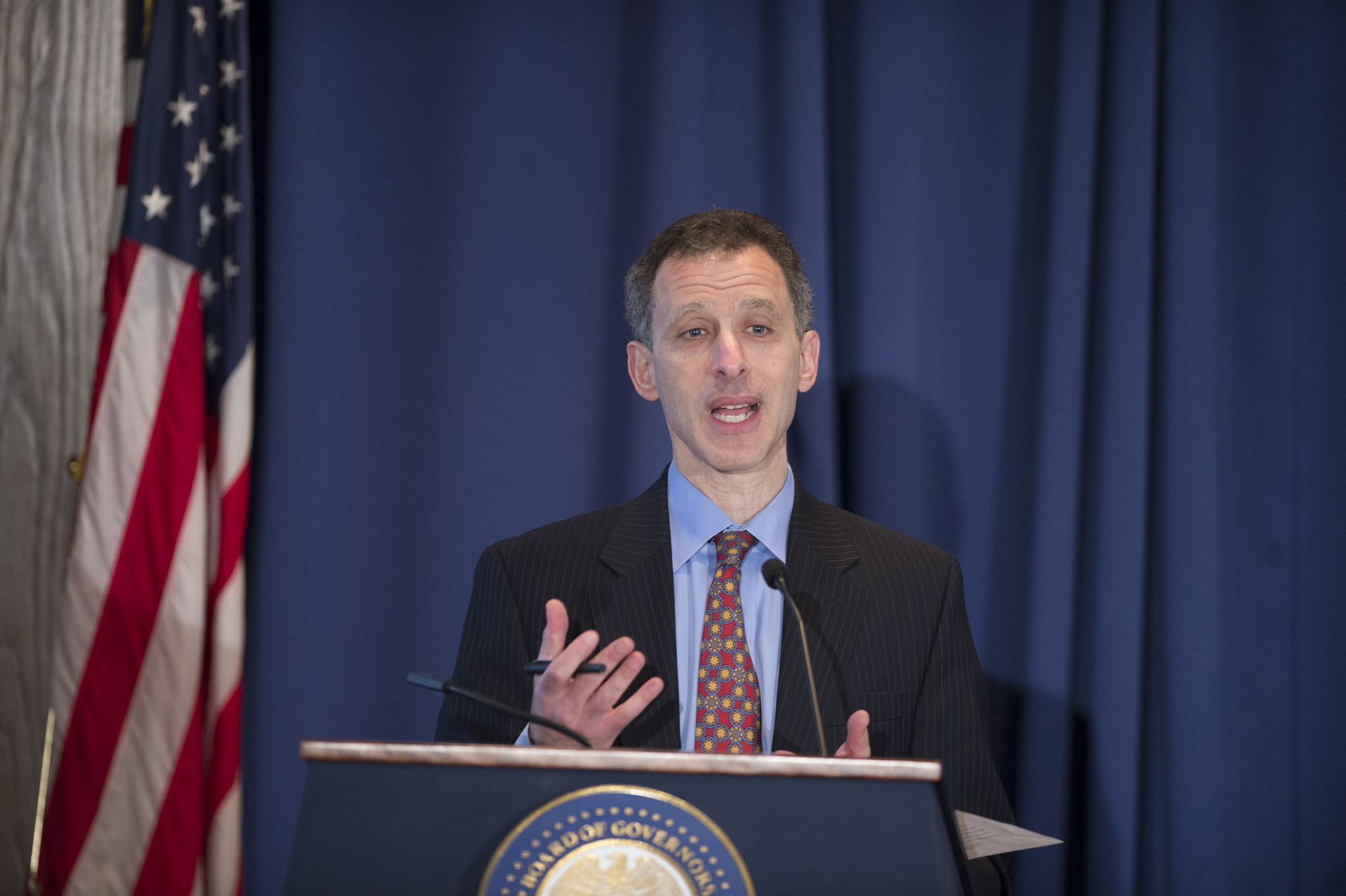 Former Fed Governor Jeremy Stein delivered an influential series of speeches when he was still on the Board arguing that even when unemployment is high and inflation is low, the Fed should sometimes tighten money anyway because the QE program risks destabilizing the financial system. Fortunately, since the taper began we've had the opportunity to research this question empirically. Gabriel Chodorow-Reich finds that banks did not respond to QE by taking on more risk. In fact, by strengthening the overall economy they made banks less prone to failure. 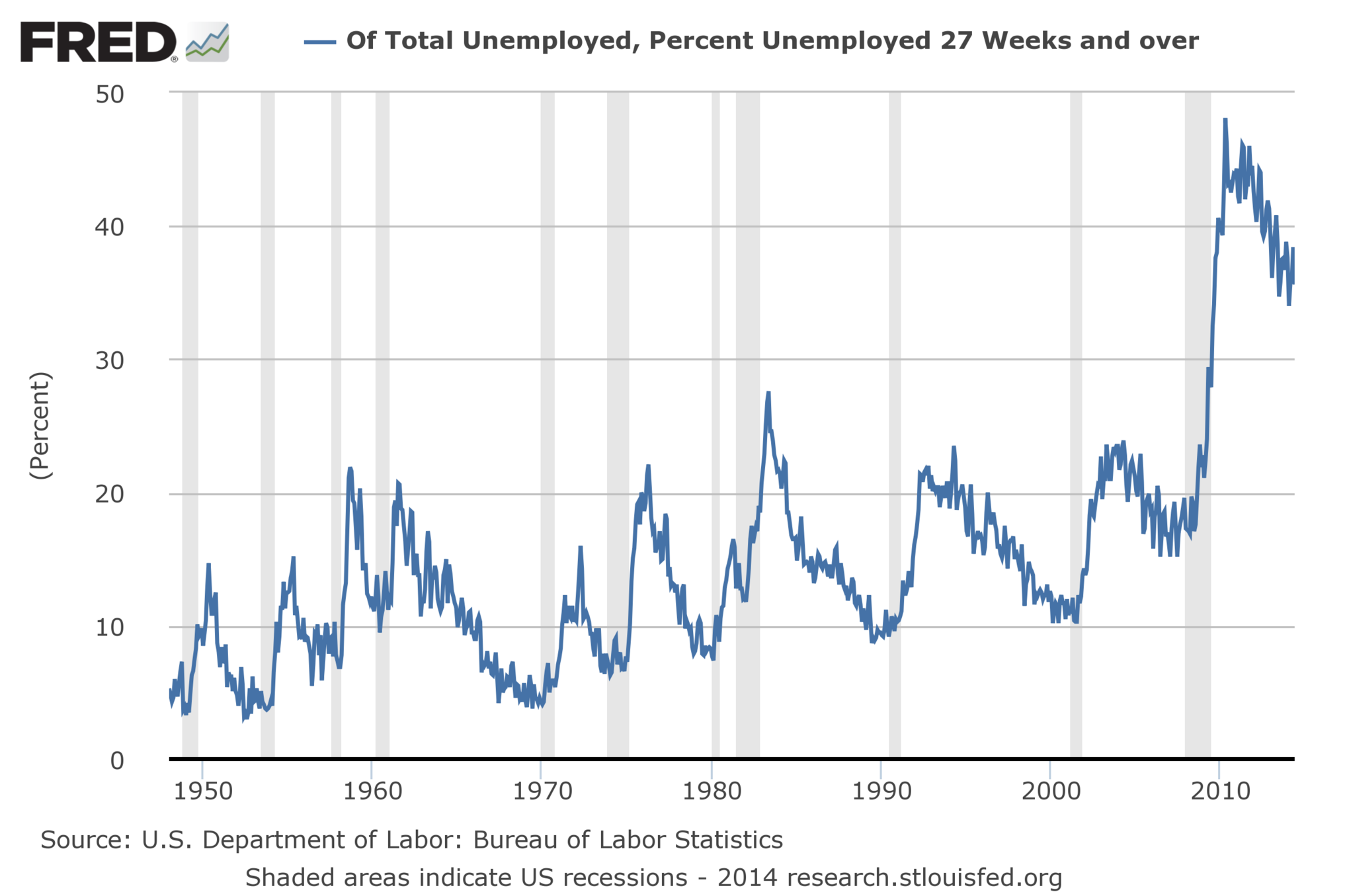 Yet another reason sometimes given to defend tighter money is the observation that a frighteningly large share of currently unemployed people have been unemployed for a long-time. These long-term unemployed are in some ways special, and one school of thought is that they are now essentially unemployable and shouldn't count when the Fed tries to measure how much "slack" there is in the economy.

But in an important recent paper, Michael Kiley compares different American metropolitan areas to one another and finds that the long-term and short-term unemployed have similar effects on local wages. In other words, proximity to a ton of long-term unemployed people tends to drag down wages for the employed. That means employers and employees alike regard the long-term jobless as potentially viable substitute workers. And that, in turn, means that if the economy strengthens further, companies will go out and hire those long-term unemployed workers.

5) It's working in Japan 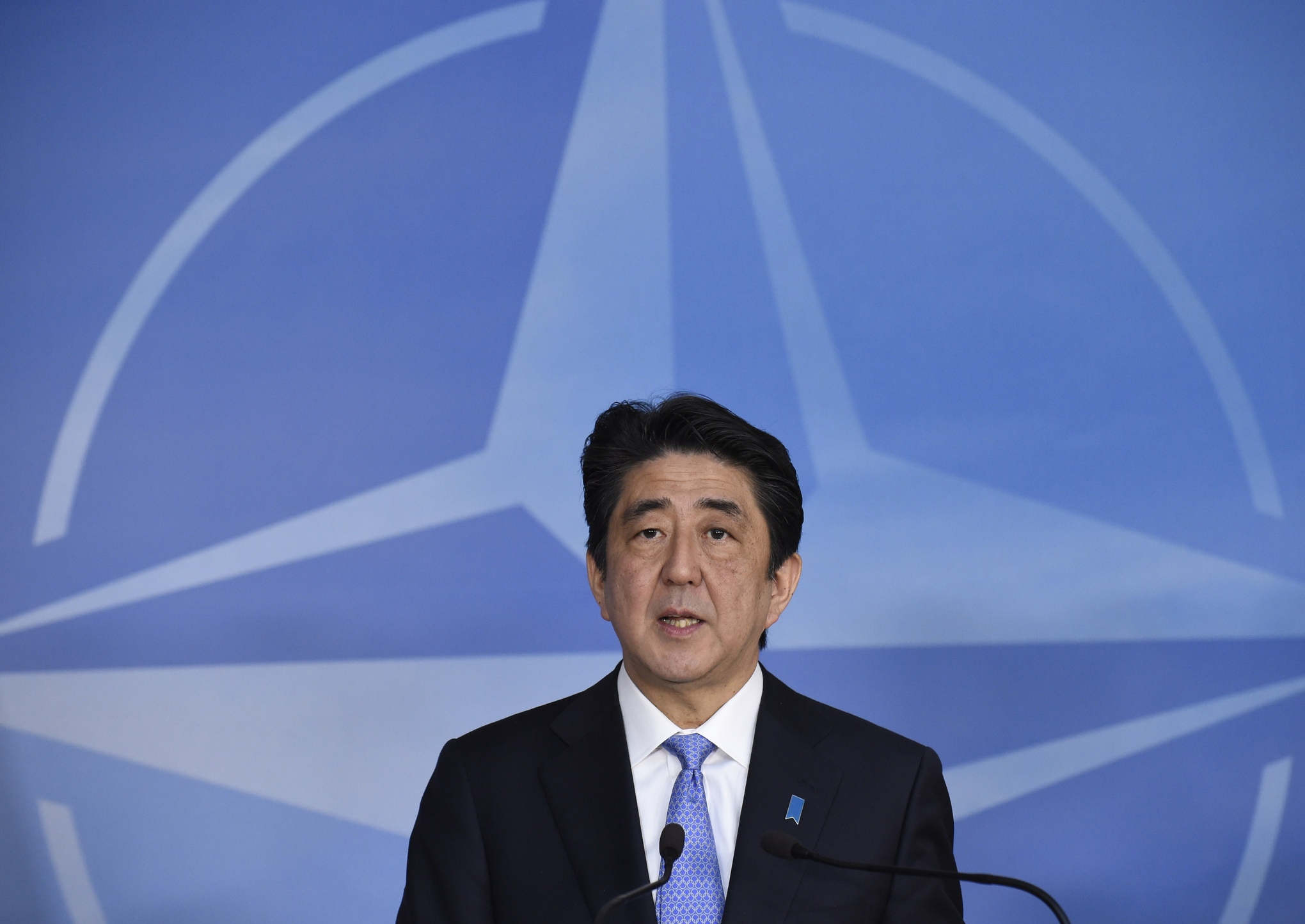 In the first quarter of 2014, the fastest-growing advanced economy was Japan where Prime Minister Shinzo Abe and the leadership he's installed at the Bank of Japan have pursued an aggressive program of monetary easing. A key aspect of "Abenomics" is that while American policymakers have always pursued QE apologetically — talking about exit strategies, tapering before inflation rises, etc. — he's had the BOJ boldly assert that increases in the money supply will never be reversed and that a rise in prices would be welcome. 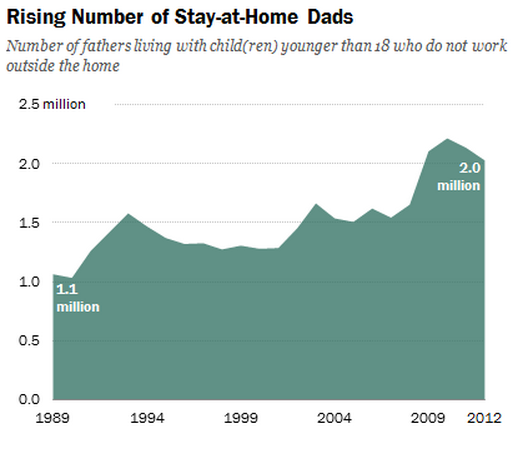 The job market has been so bad for so long, that lots of people have simply given up looking for work. That's a sign of economic weakness. But if those people are unwilling or unable to return to the labor force, they don't count as economic slack that can be addressed through monetary policy. But history says that's not how the labor market works. Consider the case of stay-at-home dads. Every time there's a recession, many men leave the labor force and become full-time dads. Every time there's a recovery, some of those full-time dads go back to work.

The fluctuations are more striking for dads than for moms because there are fewer of them, but the same basic pattern obtains for women. And the logic applies not just to parents, but to early retirees, people getting master's degrees, and the 15 percent of people aged 16-24 who are neither working nor in school. Many of these people won't join the labor force no matter what happens with monetary policy. But more than zero of them will. That means the unemployment rate underestimates the amount of slack in the economy. 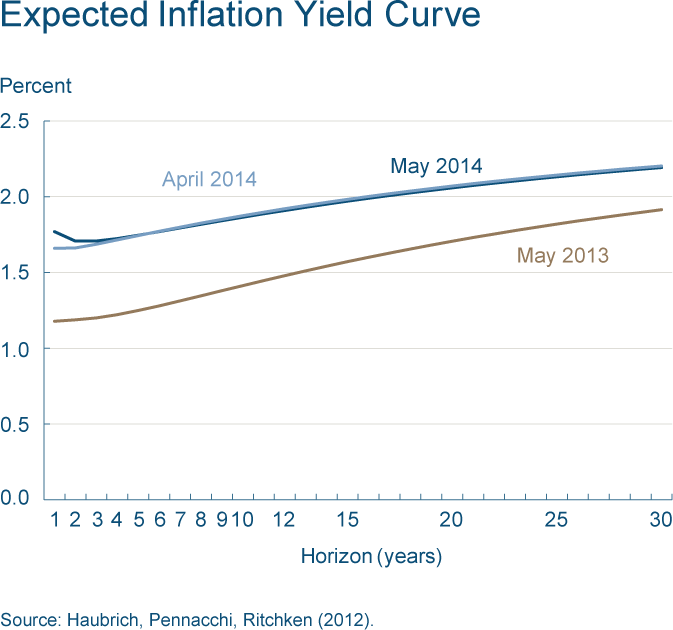 Financial market expectations of future inflation are crucially important to an economy where short-term nominal interest rates have already gone to zero. That's because the real cost of borrowing money is the nominal rate, minus expected inflation. And though there's been a welcome increase in inflation expectations over the past year to something closer than normal, they remain well below the two percent rate the Fed is targeting.

8) Wage gains have been pathetic recently 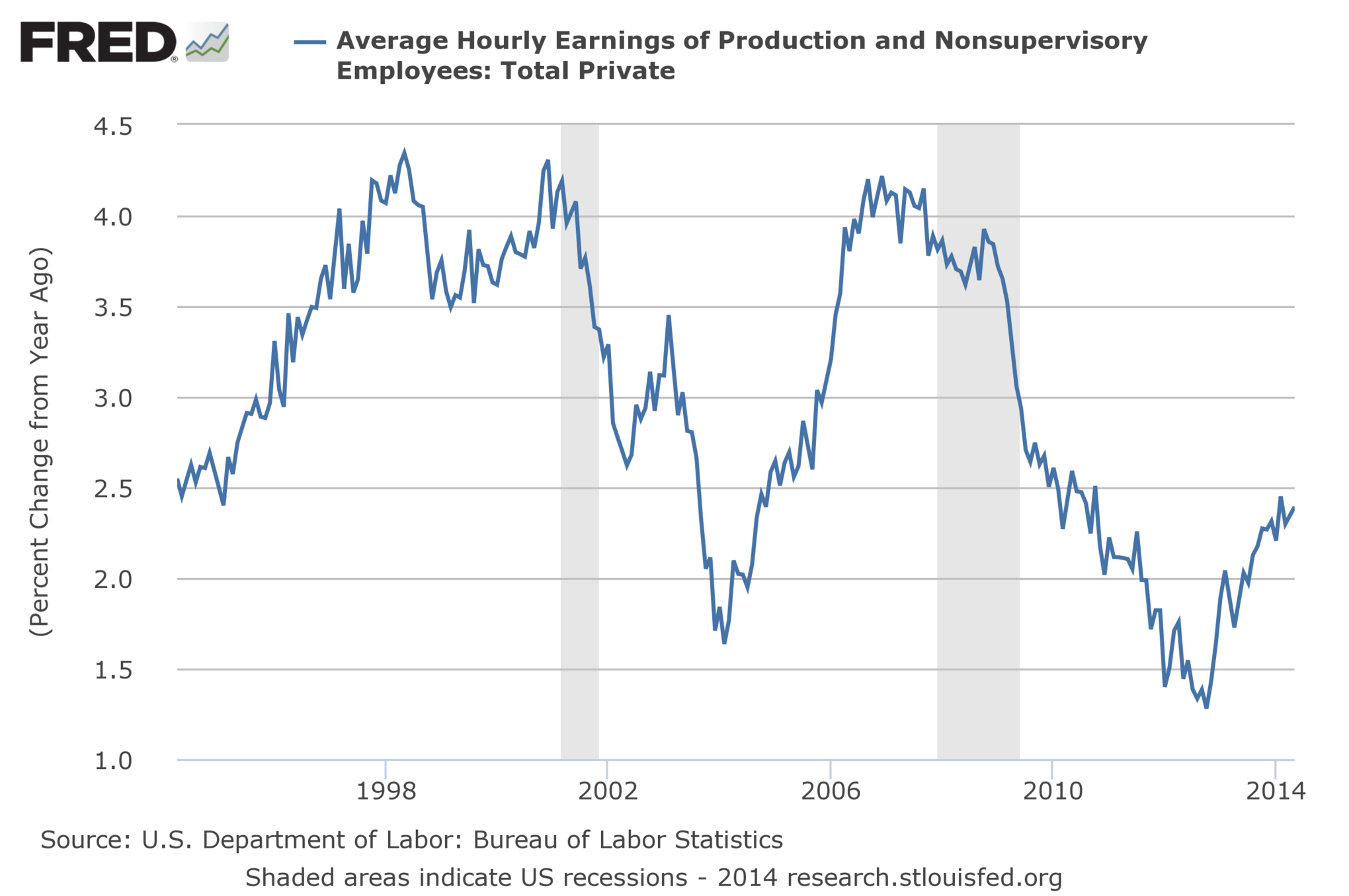 The subtext of the "slack" debate is that further monetary easing will lead to dangerous increases in employees' wages. And it is indeed true that there is some evidence of accelerating wage gains over the past few months. But put this in a broader context and you'll see that this acceleration is from a pathetically low level.

It's not just that the currently unemployed deserve easier money to secure a chance at getting a job. Existing workers deserve monetary conditions that sop up the reserve army of jobless workers and put some pressure on employers to raise pay or lose good workers. Increased wage pressure is especially good for people on the margins of the labor market. Not every firm can afford higher pay, which means that during a tight labor market low-margin employers need to take risks on people like ex-offenders, recovering addicts, or people who've been out of the workforce for a long time. A wage growth dynamic doesn't just put money in people's pockets, it puts capitalism to work addressing real social ills.

9) Businesses can afford to pay more 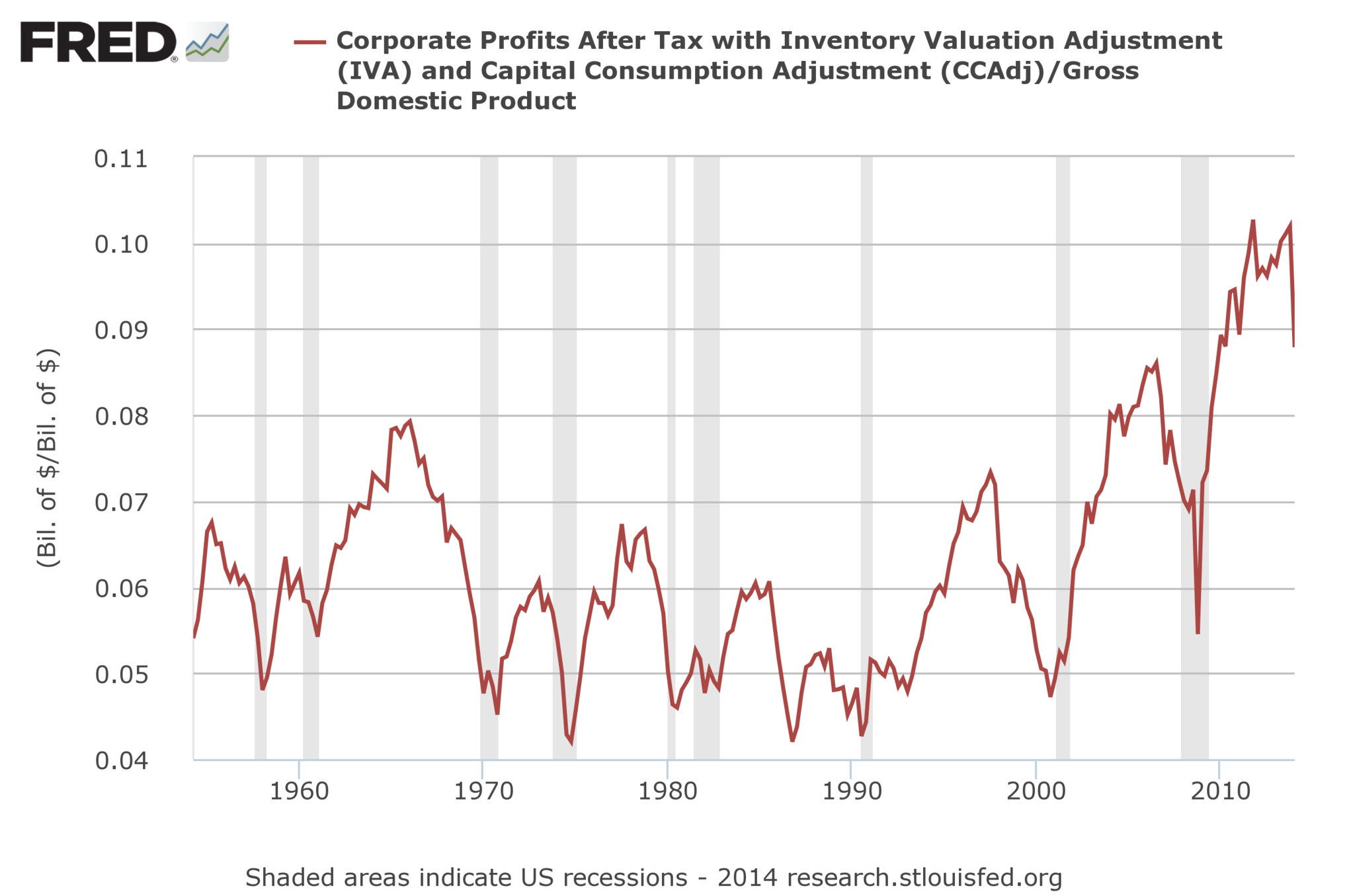 The share of overall national income that's consumed by corporate profits has been at all-time highs for several years. That means the vast majority of American businesses can easily afford the higher wage bills that would come as a result of a commitment to looser monetary policy. That's doubly true because more rapid re-employment and more robust wage growth would also give companies more customers.

These profits also mean that American businesses have accumulated a tremendous amount of cash. Seeing that cash put to work either in the form of new investments or higher wages is the key to a stronger economy.

And that's exactly what a surprising pivot back to easier money would accomplish. When firms know that the central bank is committed to creating lots of cash, and willing to tolerate a small increase in inflation, then they become less eager to hold onto their money and more willing to swap cash for hard investments. It's time for Janet Yellen and her team to make a bold move that gets the economy moving again.