Fewer high-schoolers are getting into fights. That's one takeaway from the Centers for Disease Control and Prevention's 2013 National Youth Risk Behavior Survey, which uncovered many promising trends about today's children, including the fact that they're drinking and smoking less.

We already knew that schools have been getting less violent: violent crimes (rape, sexual assault, robbery, and aggravated assault) at schools are the lowest they've since 1992. And now it seems that everyday fights have also plummeted: 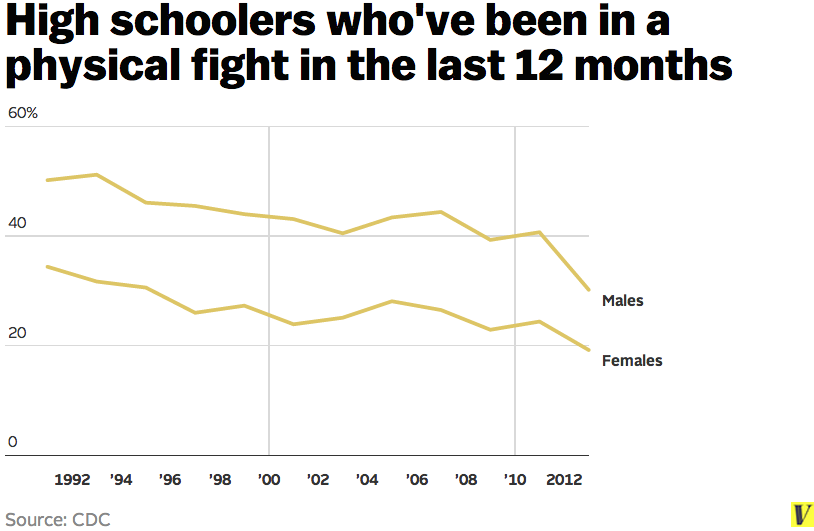 Overall, this is a 42 percent drop. So it seems that high-schoolers are better at solving their everyday squabbles without throwing punches. (They've also become slightly less likely to report being threatened or hurt by a weapon at school.)

Even so, kids are increasingly scared to go to school 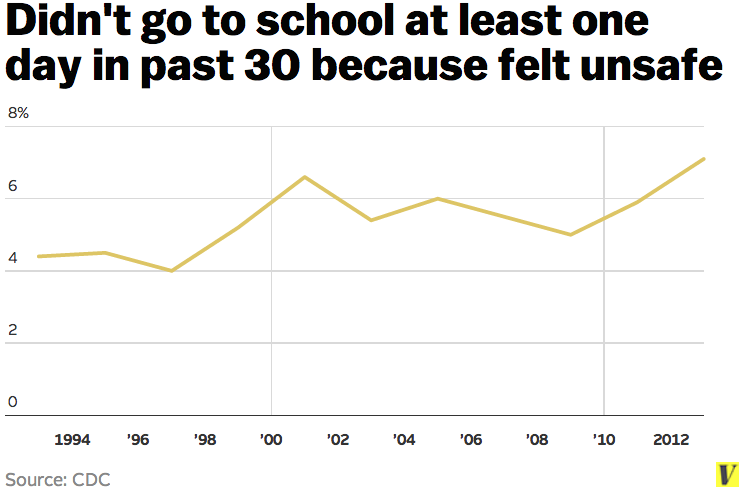 The percentage of high-schoolers who skipped school because they were concerned about their safety has risen between 1993 and 2013, from 4.4 percent to 7.1 percent. Given the high profile mass shootings at schools, this isn't all that surprising. For example, you can see the increase in school absences around the Columbine shooting in 1999.

And kids still find nonphysical ways to hurt each other 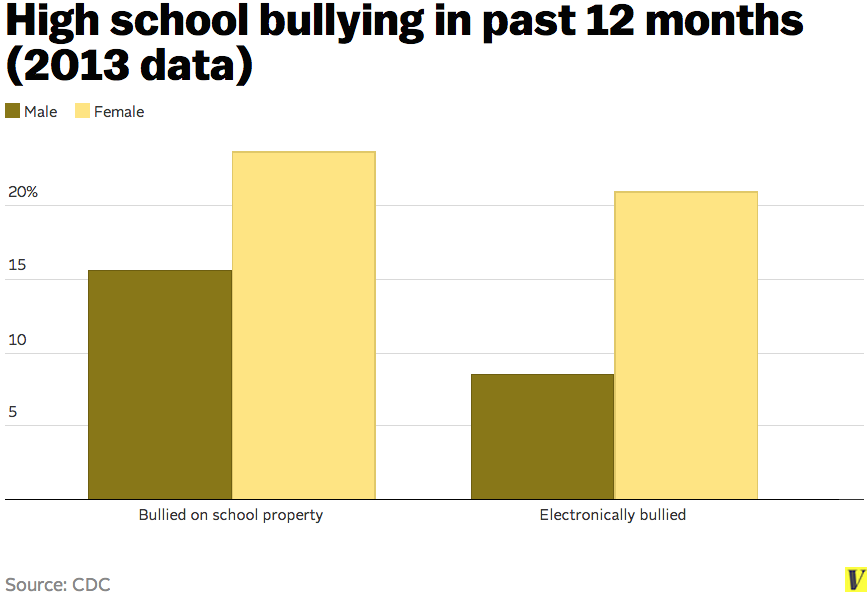 The CDC hasn't been keeping track of bullying for very long, so it's difficult to say what the trends are. However, electronic bullying (cyberbullying) wasn't possible 20 years ago the same way it is today. It could be the case that a certain amount of bullying that was already there just got more electronic. Or maybe kids have switched to using text messages and in-person intimidation more than their fists.