Share All sharing options for: These charts suggest US workers are falling behind in 3 key skills

Good news: young workers the world over are getting more and more skilled. But US workers don't appear to be keeping up with their peers overseas.

One Harvard Business School professor's analysis of OECD adult assessment data has found a striking trend: younger adults in the US are more competent than their older American peers, but the trend is even more pronounced in other countries, with younger workers elsewhere now outstripping young US workers. 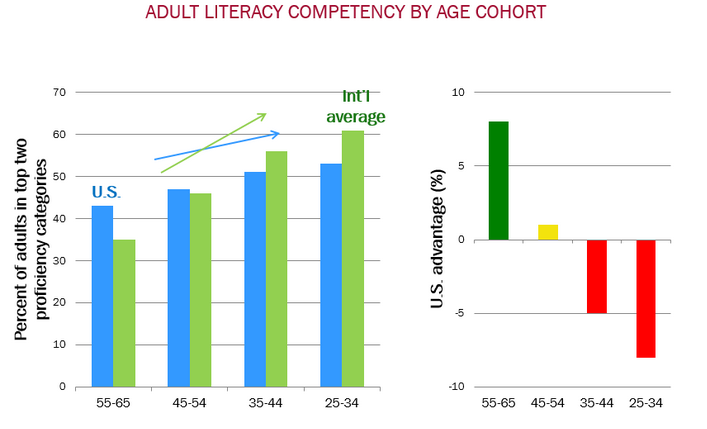 The charts were provided to Vox by Jan Rivkin, a professor of business administration at Harvard and a leader of the school's Competitiveness Project. The chart on the left shows that while the US share of adults who are among the most proficient globally is growing, it's simply not growing as quickly as foreign workers (the assessment mostly covered European countries, as well as Japan and South Korea). The chart on the right looks only at the advantage (or lack thereof) that US adults have over these other adults.

And these results don't just show up in literacy. Math and problem-solving skills look similar to the literacy picture. 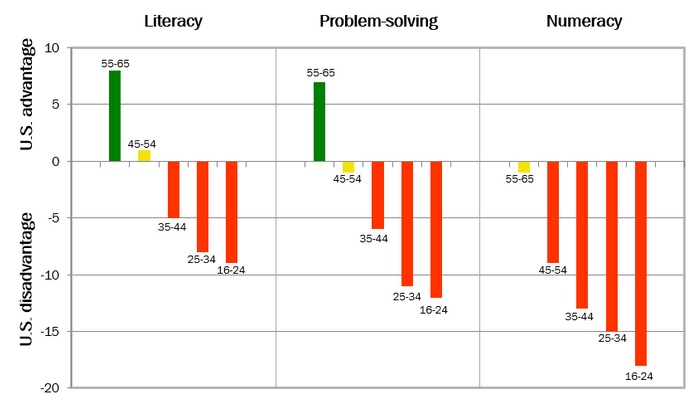 One caveat here: this data looks at all adults, working and not. But if these trends are true for workers alone, and if US workers continue to have lower skill levels than their foreign peers throughout their working lives, it could be a reason for concern. Rivkin's assessment is that this is a "serious challenge" to US competitiveness in the global economy. The causes here are likely complicated, but Rivkin for his part believes subpar outcomes among US children in the classroom (despite high public spending) play a part. 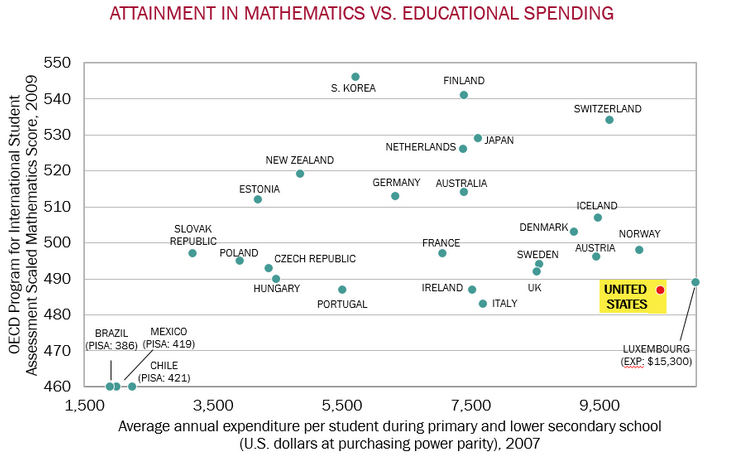 If the US were getting more skilled and all other countries were declining, that would be troubling

Of course, it's good to step back and remember that "competitiveness" is a loaded term — the global economy is not a zero-sum game, after all (something Rivkin himself is quick to acknowledge). It's not bad that other nations' workers are gaining skills. If the US were creating more skilled workers and all other countries were declining, that would be troubling — skilled workers are key to economic growth, and trade can bring the economic gains from skilled workers elsewhere to US shores. So if workers in Japan or Germany are getting better and better educated and creating better and better products, it can to a certain extent boost economic activity in the US and elsewhere.