President Obama has referred to the "surge" of tens of thousands of unaccompanied child migrants into the US as a "humanitarian crisis." But apparently Border Patrol agents are far less sympathetic to the children and teenagers they're apprehending. 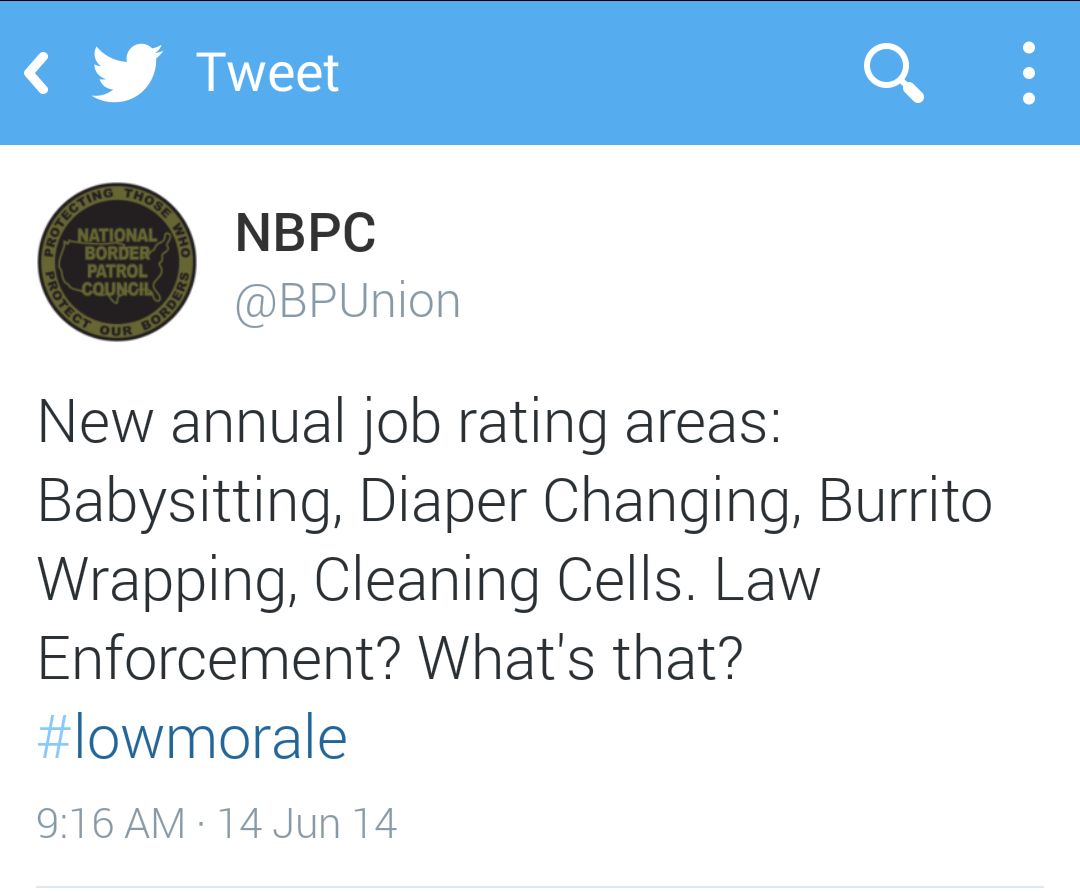 But experts agree that Border Patrol isn't equipped to deal with unaccompanied children, many of whom experienced trauma in their home countries or on the journey.

In fact, there's evidence that Border Patrol agents are abusing the children in their care. A legal complaint filed by the ACLU last week alleges that Border Patrol agents sexually abused a 16-year-old girl by spreading her legs and "touch(ing) her genital area forcefully, making her scream." In another case, the ACLU complaint claims, a 17-year-old was detained with adults in a freezer, where her wet clothes took three and a half days to dry; the only water available to drink in the cell came from the toilet tank.

The Border Patrol union has been dismissive of past allegations of abuse. It appears that they're taking a similar attitude toward these allegations. But in light of the complaint filed this week, referring to custody of unaccompanied child migrants as "babysitting" and "burrito wrapping" seems insensitive at best.