Network television is imploding, in one chart

Share All sharing options for: Network television is imploding, in one chart

Now that the 2013-2014 broadcast TV season has largely drawn to a close, and summer programming is taking over, Vulture's Josef Adalian and Marisa Woocher have put together a great chart showing how the average viewership for 75 primetime shows on the four major broadcast channels — Fox, CBS, NBC, and ABC — and the CW changed from the year before. They look only at viewers 18-49, and use "live plus seven" numbers, which attempt to take into account DVR viewing, though leave out viewing on Hulu or other online services.

Most series lost at least some ground; Glee, which was once a ratings giant, saw viewership fall a startling 45 percent. The biggest winner was Scandal, whose third season saw ratings spike by 45 percent. Perhaps even more impressive was Supernatural's 27 percent jump, given that the show was in its ninth season; Grey's Anatomy, in its tenth, saw a 7 percent bump. If you're curious how many viewers your favorite show has on absolute terms, TV Series Finale appears to have those numbers here. 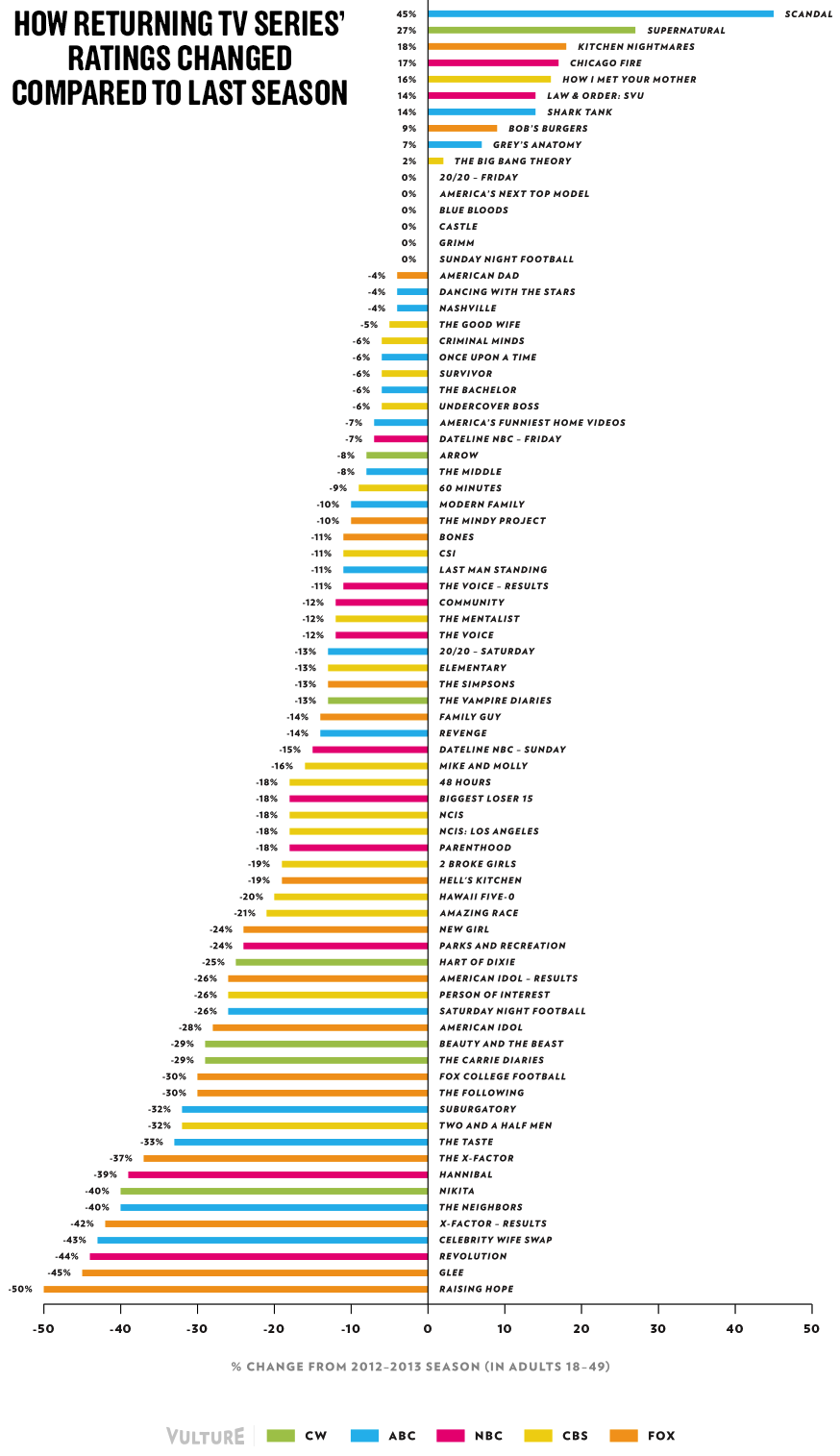 For more, check out the full Vulture post here.