bell hooks will text creepy dudes for you

Share All sharing options for: bell hooks will text creepy dudes for you

Making up a fake number to give to an overly-aggressive guy at a bar is a tactic as old as phone operators. But why give the guy the number for your nearest Dominoes, when you could let him talk to feminist icon bell hooks?

Instead of making up a fake number, women can now give out this one: (669) 221-6251. Unwanted admirers will receive a text in response quoting writings of bell hooks (lowercase intentional), a feminist activist and writer and the author of the book Feminism is for Everybody. Her writings have inspired hundreds of feminists, and now they can inspire some people to be a little less aggressive in their pick-up strategies.

The creators of the site are still anonymous, but they did email The Hairpin to say that "the idea is to pass that off as one's own number if you're in a dicey situation, afraid to give out your personal cell phone number or outright reject someone."

I texted the mock number to give it a try (and for a little feminist inspiration). This is what I got in return: 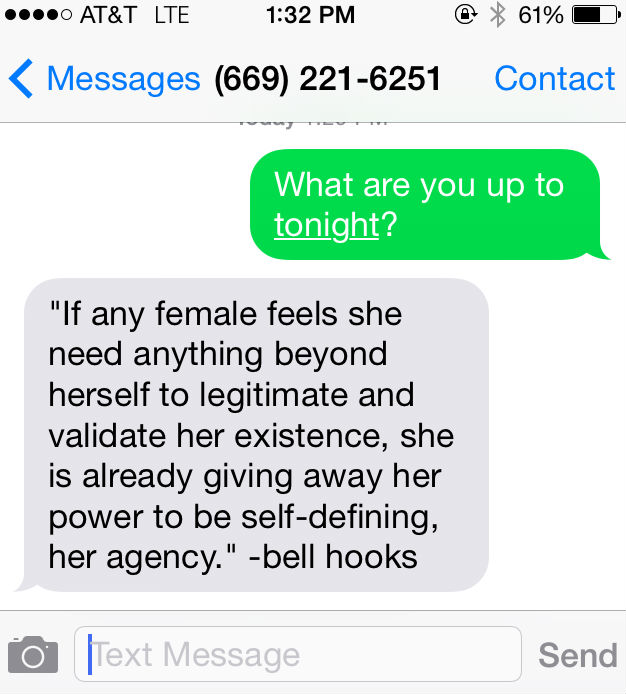 As the Tumblr promoting the service says, "Why give any old fake number, when you can have bell hooks screen your calls?"