Two maps that show where the US population is exploding

Share All sharing options for: Two maps that show where the US population is exploding 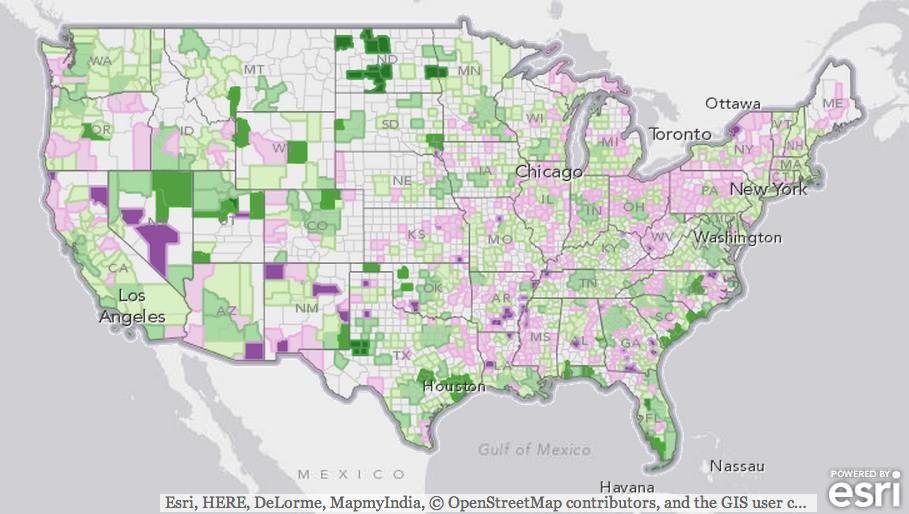 This map from the Census Bureau is a look at the metro areas where the population is changing in the contiguous 48 states right now — deeper shades of green show faster growth of 3 percent or more between 2012 and 2013, while deeper shades of purple show negative growth, up to rates near -1 percent.

It shows a couple of striking points: one is that oil can really drive growth, as evidenced by Odessa, in west Texas, and different pockets of North Dakota. The Williston, North Dakota metro area, for example, grew by nearly 11 percent in one year. Meanwhile, the rust belt is leaking people.

But it's even more striking when you look at where population shifts were decade ago. 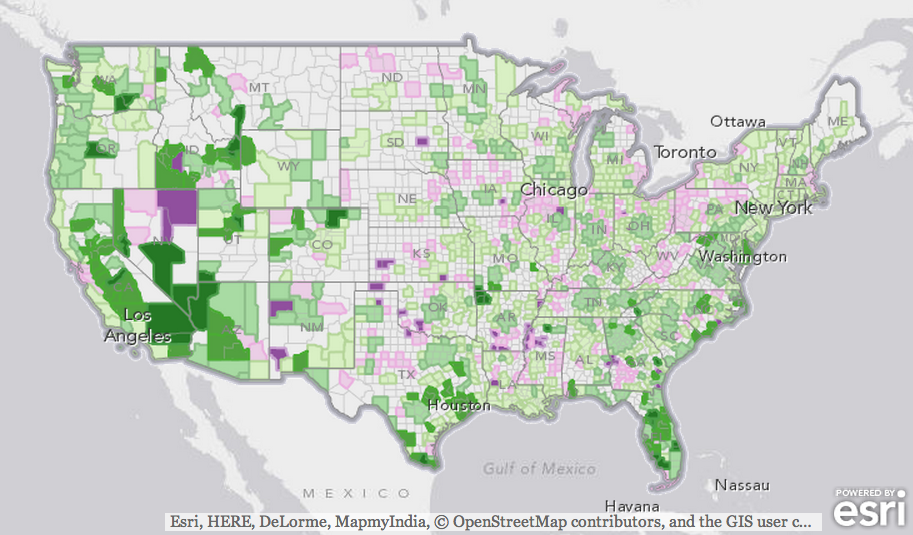 Just 10 years ago, North Dakota wasn't at all a hot spot. The western US, meanwhile, was where people were flocking (and/or procreating). Florida had stronger growth as well, and things in Ohio and Pennsylvania also looked a bit better.

One key factor here was likely the economic crisis — just as a booming economy pulled people into North Dakota, the housing bust may have sent people fleeing from hardest-hit states like California, Nevada, Arizona, and Florida. Plus, if people flee, that can drag on population growth by pulling the birth rate down.

The Census Bureau presents the maps in a nifty interactive format (one that also includes Alaska and Hawaii), with a slider bar allowing you to easily compare one decade from another.