Share All sharing options for: The Senate plan to privatize some veterans' care could cost $500 billion

A recently passed Senate bill could more than double how much the US Department of Veterans Affairs spends on heath care each year.

The analysis from the Committee for a Responsible Federal Budget suggests that providing VA-reimbursed private care to veterans, without setting budgetary caps and oversight, could explode the VA's health-care budget with an additional $500 billion in spending over the next 10 years. 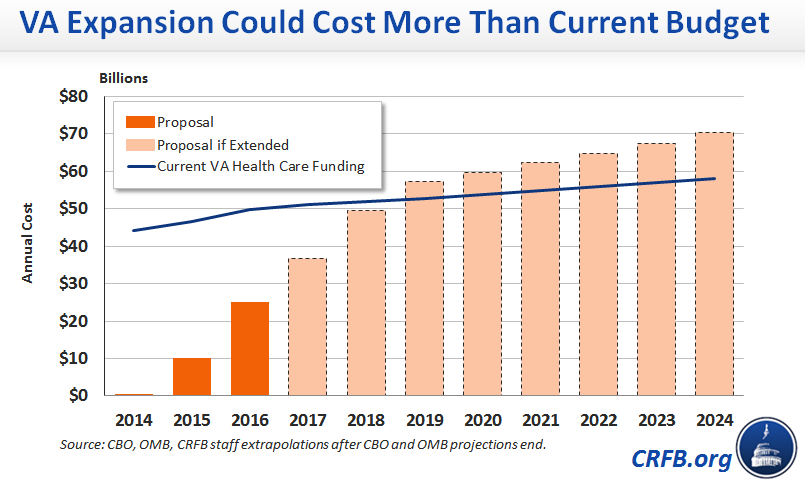 The analysis is based largely on a score from the Congressional Budget Office that found the private care portion of the Senate bill would add $35 billion over 10 years, because it would expand access to the VA system and therefore increase veterans' demand for and use of VA-purchased health care. But the CBO's forecast only covers spending for the next three years, since it assumes the private care pilot program wouldn't last beyond a trial period of two years.

If the private care program is expanded, however, it could cost $500 billion over 10 years. That's more expensive than the entirety of Medicare Part D, which funds prescription drugs for seniors. 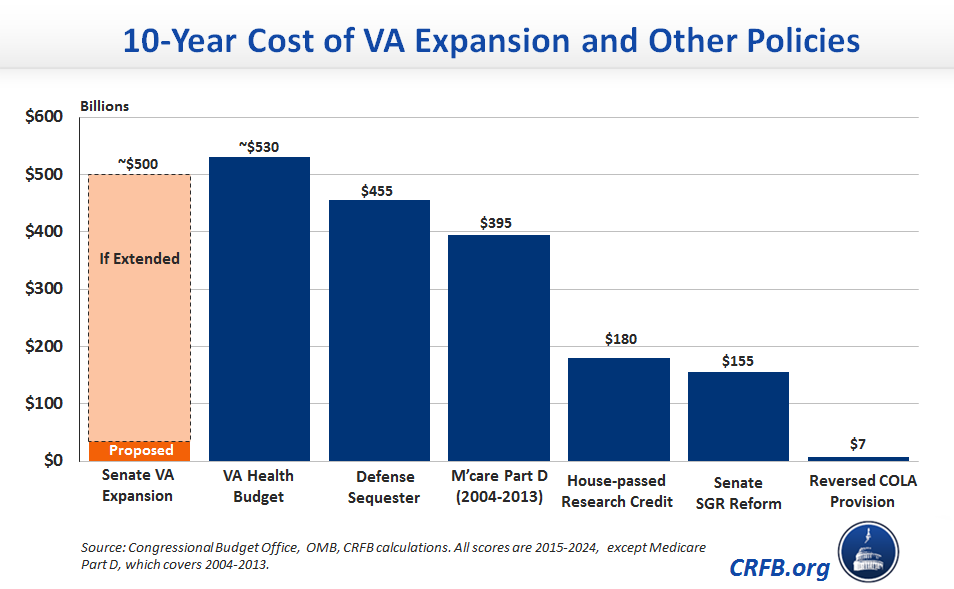 The issue, CRFB argues, is the Senate bill lets the VA spend as much money as it deems necessary without any congressional oversight. With proper budgetary oversight and caps in place, the cost of VA-reimbursed private care could be brought down.

In response to the VA scandal, the House of Representatives and Senate have put forward different plans to fix the VA's health-care system. Both chambers expect to meet in conference to work out what the final VA bill will look like before it heads to the White House for the president's signature. The final bill could impose more spending restrictions on private care.

The private care portion has bipartisan support in both chambers of Congress, but it's been a particularly popular idea among prominent Republicans like Speaker John Boehner and Senator John McCain. Democrats have spoken more favorably about the other parts of the Senate bill, which would put $2 billion toward building more VA hospitals and hiring more VA doctors.