Share All sharing options for: Iraq is Barack Obama's problem from hell

The third Iraq war has just begun in earnest. And it's created what may be the most devilish foreign policy problem of Barack Obama's presidency, pitting two pillars of his administration's foreign policy against each other: his strategy of using drones to counter violent extremism versus his ironclad commitment to ending Bush's war in Iraq.

Obama views terrorism dramatically differently than Bush did. Both believe terrorism is the greatest national security threat the United States faces. But where Bush saw an epochal challenge to Western civilization, Obama sees a web of small groups that can be isolated and destroyed through global cooperation and limited military action.

Obama's vision implies two things about American foreign policy. First, when you need to use force against terrorists, do it in a narrow way — targeted strikes, usually from drones, designed to pinpoint terrorist leaders and fighters and coordinated with local governments. Second, overreaction to terrorism can be a devastating own-goal. And the most obvious such overreaction — the Iraq war — must be repudiated without reservation. 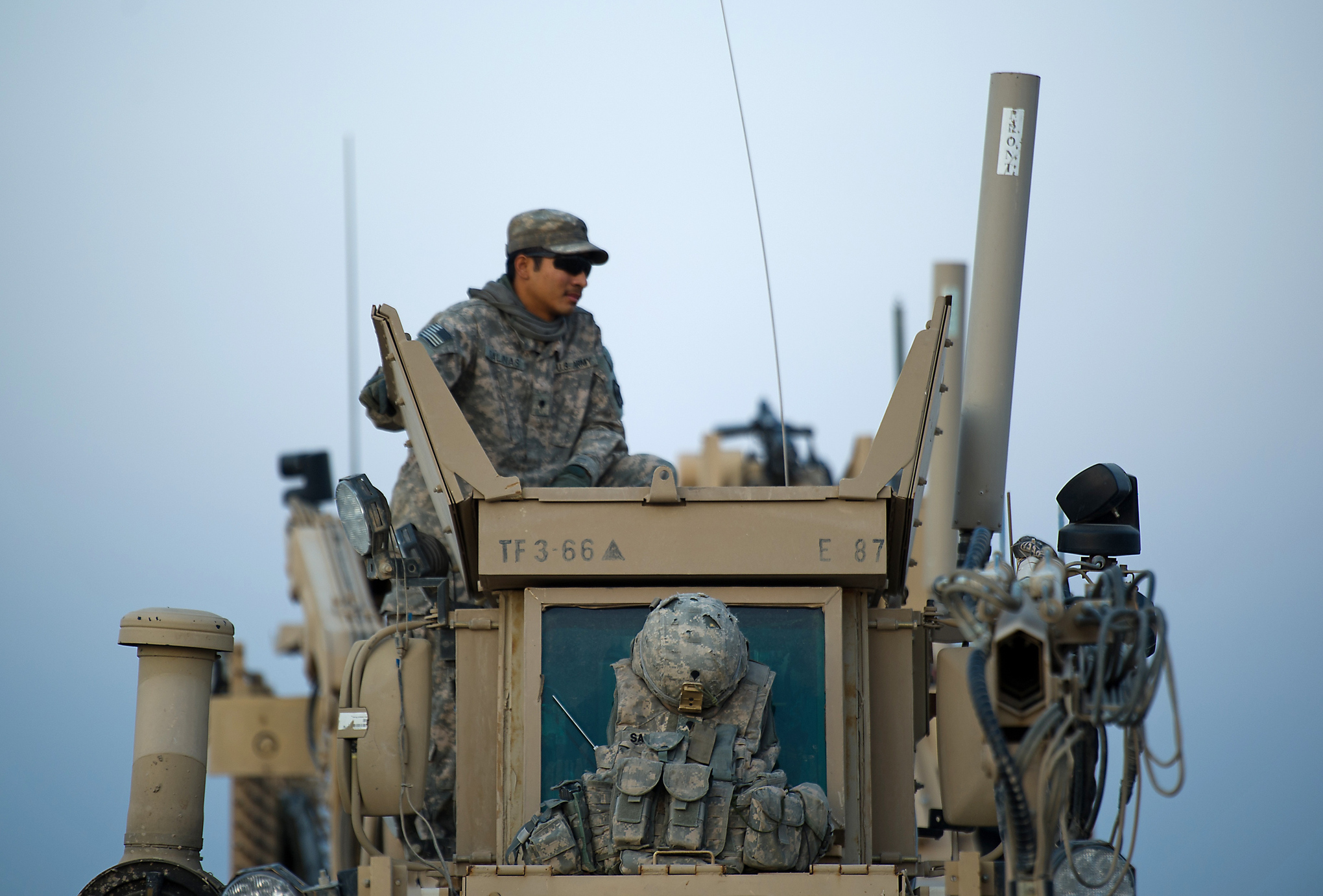 The last US convoy out of Iraq in 2011. Martin Bureau/AFP/Getty Images

These are the two core values at the heart of Obama's approach to terrorism. And the ongoing crisis in Iraq has brought them into direct, irresolvable conflict.

Normally, the Obama Administration deals with threats like the Islamic State of Iraq and the Levant (ISIS) by bombing them. Radical militant organizations exploiting weak governance to take and hold chunks of land in Pakistan, Yemen, and Somalia have all been met with drone strikes.

Iraq is arguably more important than any of those places. According to Clint Watts, an expert on violent Islamism at the Foreign Policy Research Institute, "the most probable" future is a world where ISIS eclipses al-Qaeda as "the new global jihadi leader."

Yet bringing the targeted killing campaign to Iraq means, in some important ways, reigniting the Iraq war Obama pledged to end. CNN's Barbara Starr and Tom Cohen report that the US simply doesn't have good enough intelligence about ISIS to know where or what to bomb. Getting more precise intel means, at a minimum, deep American cooperation with the Iraqi government.

But intel gathering is hard, and the US can't necessarily trust the Iraqi government's sources. It would likely have to have a CIA and/or special forces presence on the ground to wage a drone campaign in Iraq. And those deployments always risk further escalation, meaning redeployment to Iraq. The more troops the US deploys to Iraq, the more it risks retrospectively legitimizing the Bush administration's vision that you need boots on the ground to deal with threats from terrorist groups. Iraq's unique symbolic importance means any deployment there is much more important than an equivalent move in, say, Yemen.

So either Obama keeps American drones away from Iraq or he risks embroiling America into an Iraqi civil war — again. There's no option here consistent with both the Obama administration's strategy for fighting terrorism and its strategy for withdrawing from Iraq. From his point of view, this is a problem from hell.

So which way is Obama leaning? As of now, it looks like he's trying to keep America out of this fight.

First, his Friday speech on Iraq set a very high threshold for US military involvement in Iraq. Obama blamed Iraqi Prime Minister Nuri al-Maliki's Shia sectarian government for the rise of Sunni extremist group ISIS. His core argument, repeated throughout the speech, is that the crisis can't be solved without Iraqi political reform. Obama genuinely does not appear to believe that a few American bombs would help that much in this case, even though he left the possibility open.

Now, this could be overridden if it looked like ISIS was about to seize Baghdad and sweep the country. But most Iraq analysts think this is impossible. ISIS' most impressive victories were in largely Sunni areas against largely Sunni military units — and most Sunnis do not want to die for Maliki's Shia government.

Finally, Obama's political identity is built around leaving Iraq. Obama won the Democratic primary on an anti-Iraq war platform. He sees the withdrawal from Iraq as one of his administration's core foreign policy accomplishments. The president doesn't want his legacy to be getting America involved in yet another Iraq war.