Here's who Americans don't want marrying into their families

Share All sharing options for: Here's who Americans don't want marrying into their families

Pew Research Center's report on political polarization in the US has a lot of great data nuggets, not least because it delves into the personal consequences of political division.

Pew asked respondents how they'd react if an immediate family member married a Democrat or a Republican, and broke down the answers by the respondents' own politics. While substantial minorities of "consistently conservative" and "consistently liberal" people expressed displeasure at the prospect of relatives marrying Democrats and Republicans, respectively, generally people were pretty tolerant: 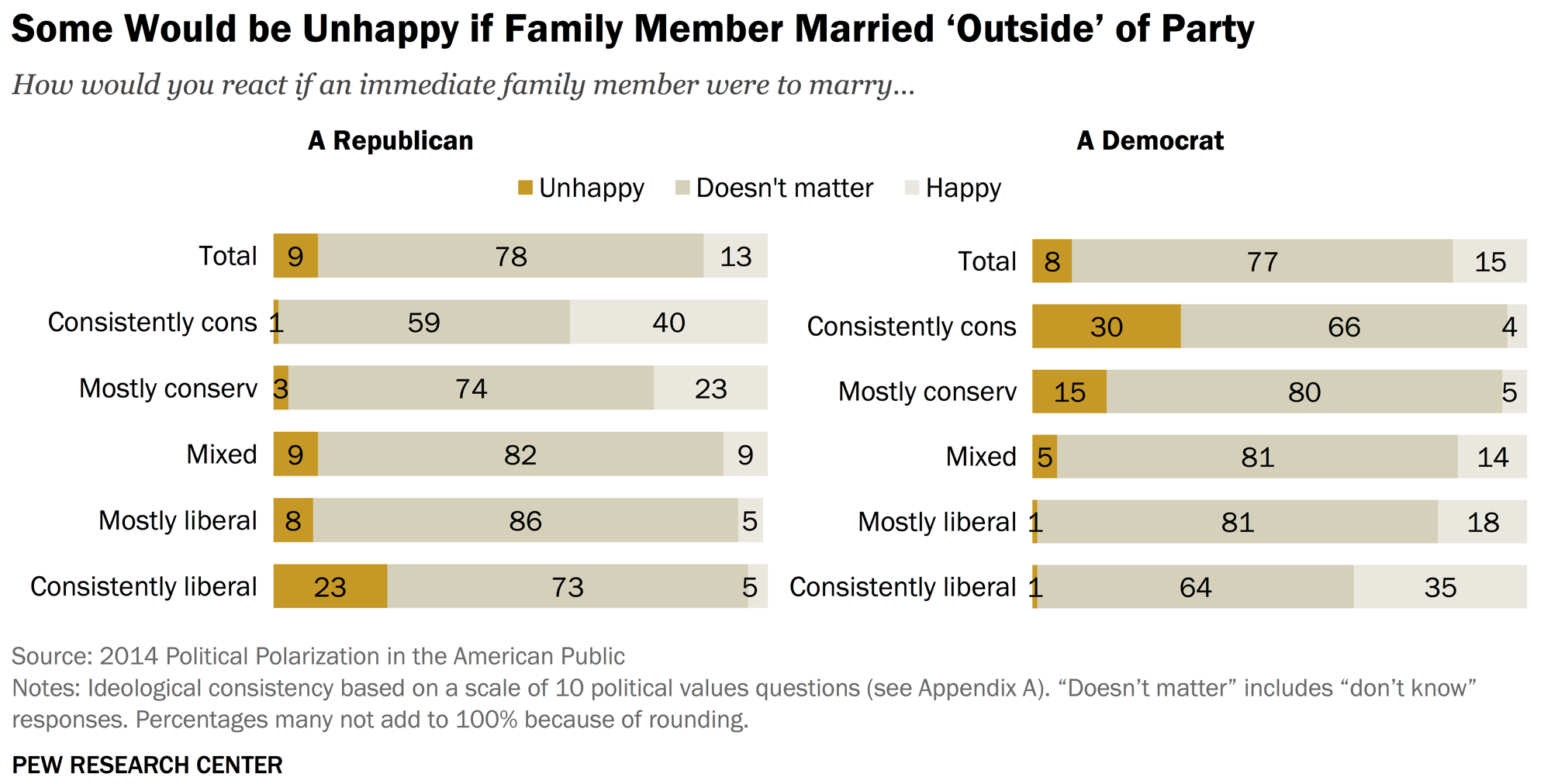 Pew also asked how respondents would react to in-laws who didn't go to college, who owned a gun, who were of a different race, or who were born and raised outside the US. None of these prospects made a majority of respondents unhappy (having a gun owner as an in-laws makes 49 percent of "consistently conservative" respondents actively happy, in fact), but the trend lines are interesting.

Conservative respondents were more likely to say they were unhappy with in-laws of a different race or from another country, while liberals were likelier to express displeasure with gun owners or non-college grads joining the family: 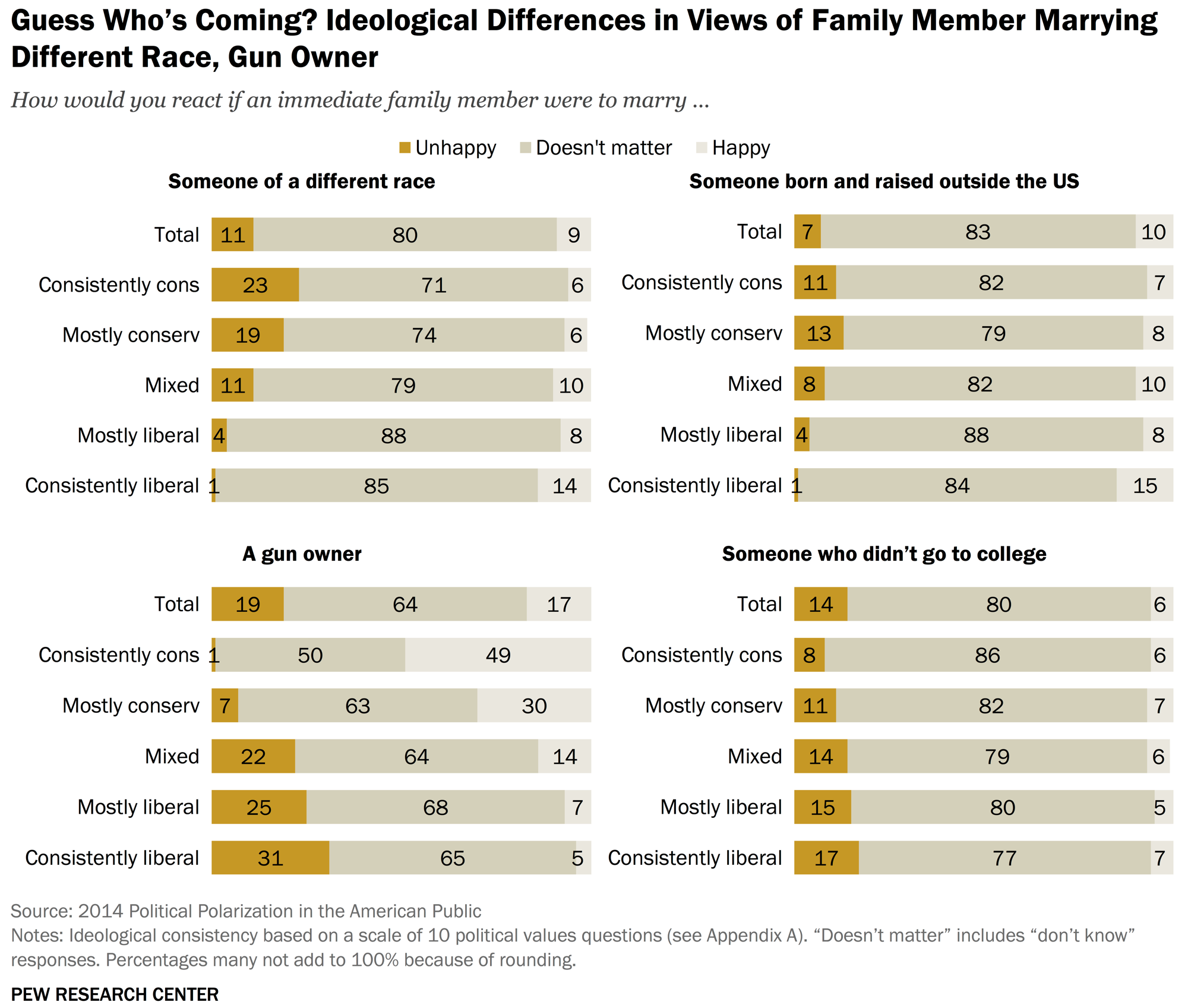 But the prospect of atheist in-laws turns off 49 percent of respondents, including large majorities of conservatives: 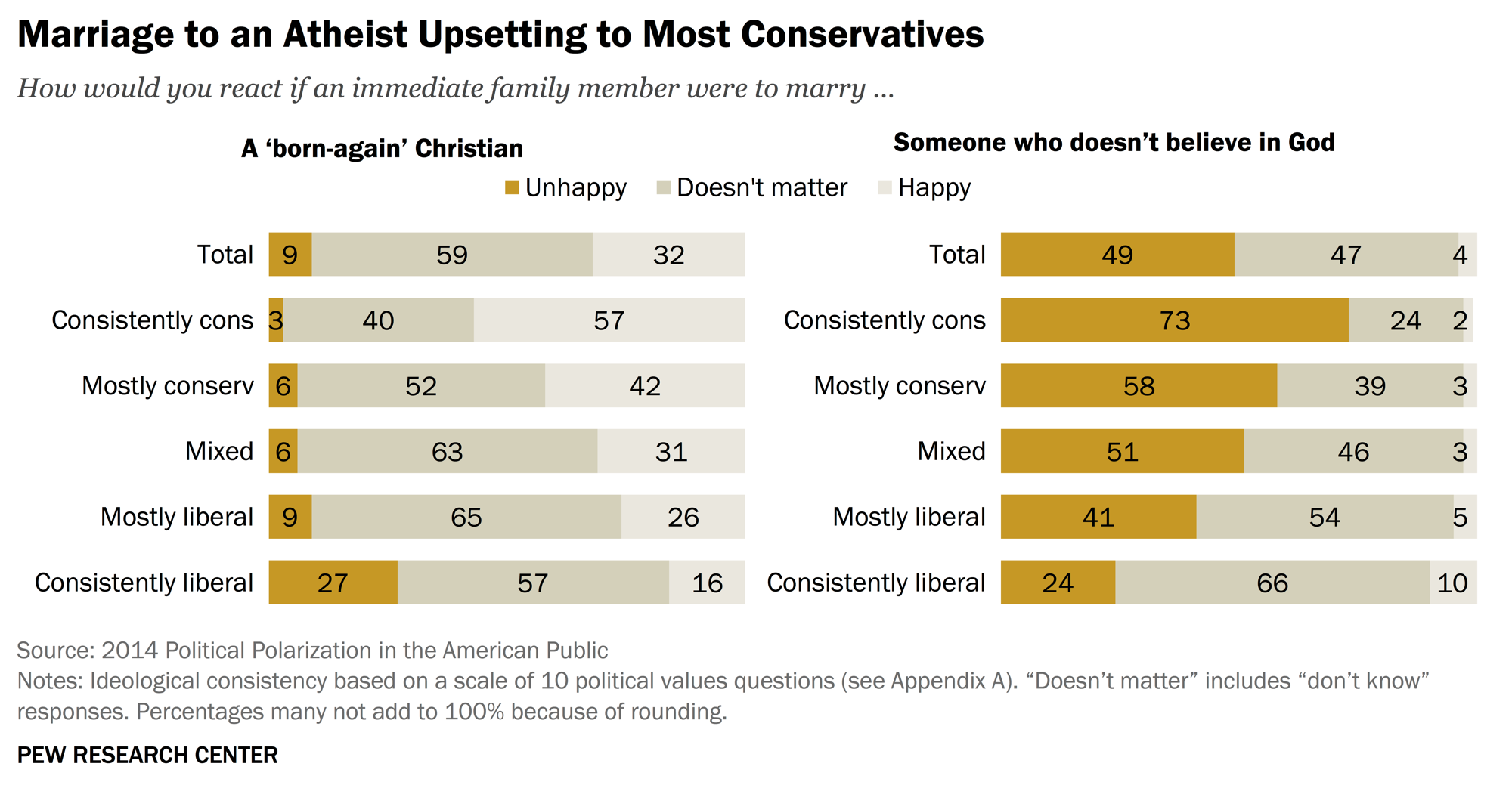 You can see detailed tables breaking down views on prospective in-laws by respondents' religious status, race, gender, party affiliation, region of the country, and age here, here, here, and here.