Share All sharing options for: Map: Where Europeans speak English

Jakub Marian made this fascinating map of European Union competency in English based on this 2012 Eurobarometer report. 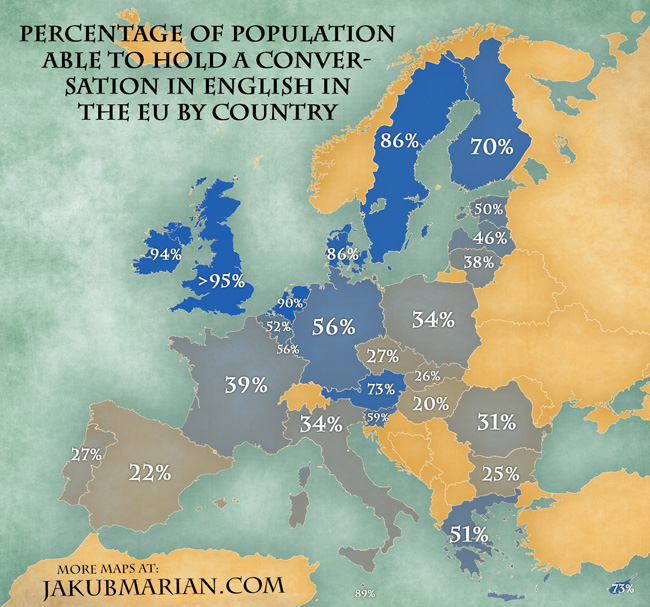 It shows that though Europeans are very widely exposed to English, there's a stark regional divide in how comfortable people are with really using it. In Northern Europe, most people can converse in English whereas in Southern Europe they can't. One big difference is that in smaller countries, television shows imported from the United States tend to be subtitled into Swedish or Dutch whereas in Italy they are dubbed. Subtitling turns every day entertainment into a kind of subsidiary language lesson.

In the United States we don't quite define language ability in this exact same way. But according to the Census Bureau, about 92 percent of the population either speaks English natively or else speaks it "very well" as a second language. By that standard, Denmark and the Netherlands are much closer to American levels of English fluency than they are to Spanish levels.