These 4 maps show the insanity of US health care prices

Share All sharing options for: These 4 maps show the insanity of US health care prices

A lipid panel is one of the most common tests that happens in the American medical system. It's blood test used to diagnosis high cholesterol, a condition that affects about one third of all Americans. But depending on where you get a lipid panel in Dallas, it could cost anywhere between $15 and $343 — a 23-fold difference in the price to draw blood and perform a common test.

This data comes from Castlight, a health transparency company that published Tuesday a trove of data on health care prices across the United States. Their maps, which rely on millions of claims paid by private insurers, show massive variation in medical prices — both within cities and when you compare two different locations. 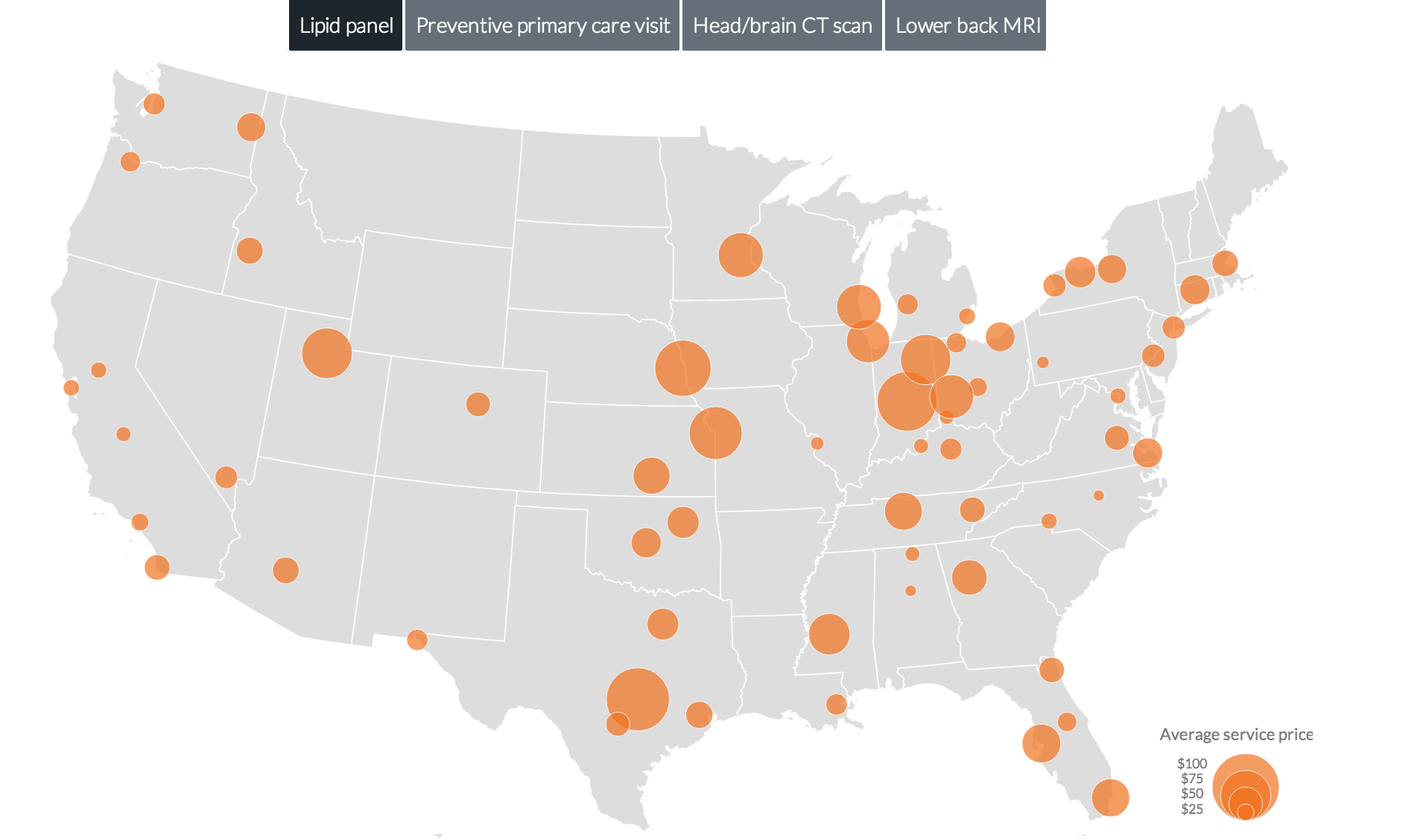 This type of variation shows up in all the basic medical services that Castlight looked at. Here's what a similar map looks like for a preventive primary care visit: 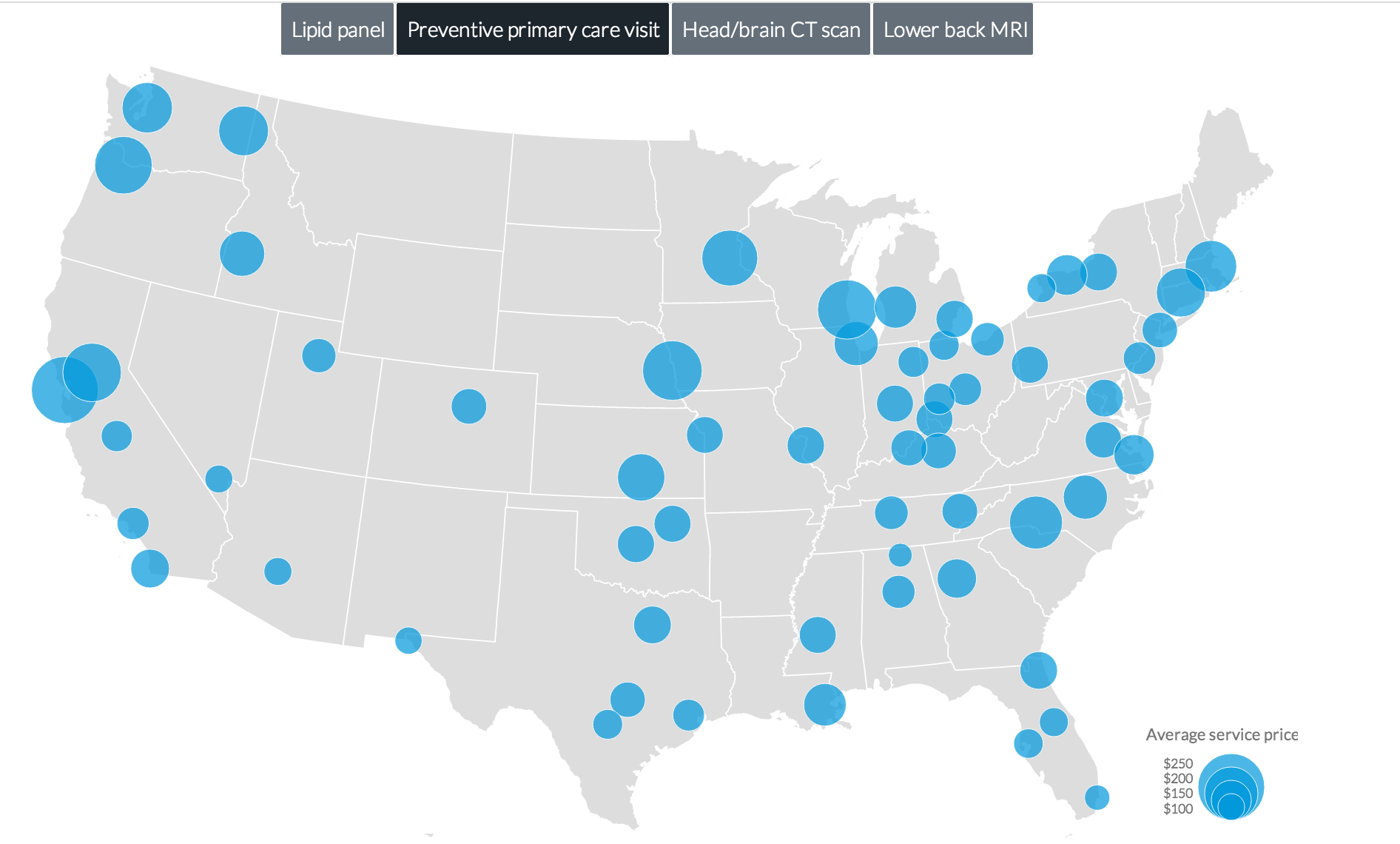 Another map shows average prices for a lower back MRI, which range from a $2,635 in Sacramento to a low of to $676 in Fresno, about a three-hour drive away.

Keep in mind, its possible that doctors in Sacramento and Fresno are using the exact same MRI machine. The expensive ones in Sacramento aren't better images, they're just operated by doctors who, on average, charge higher rates. 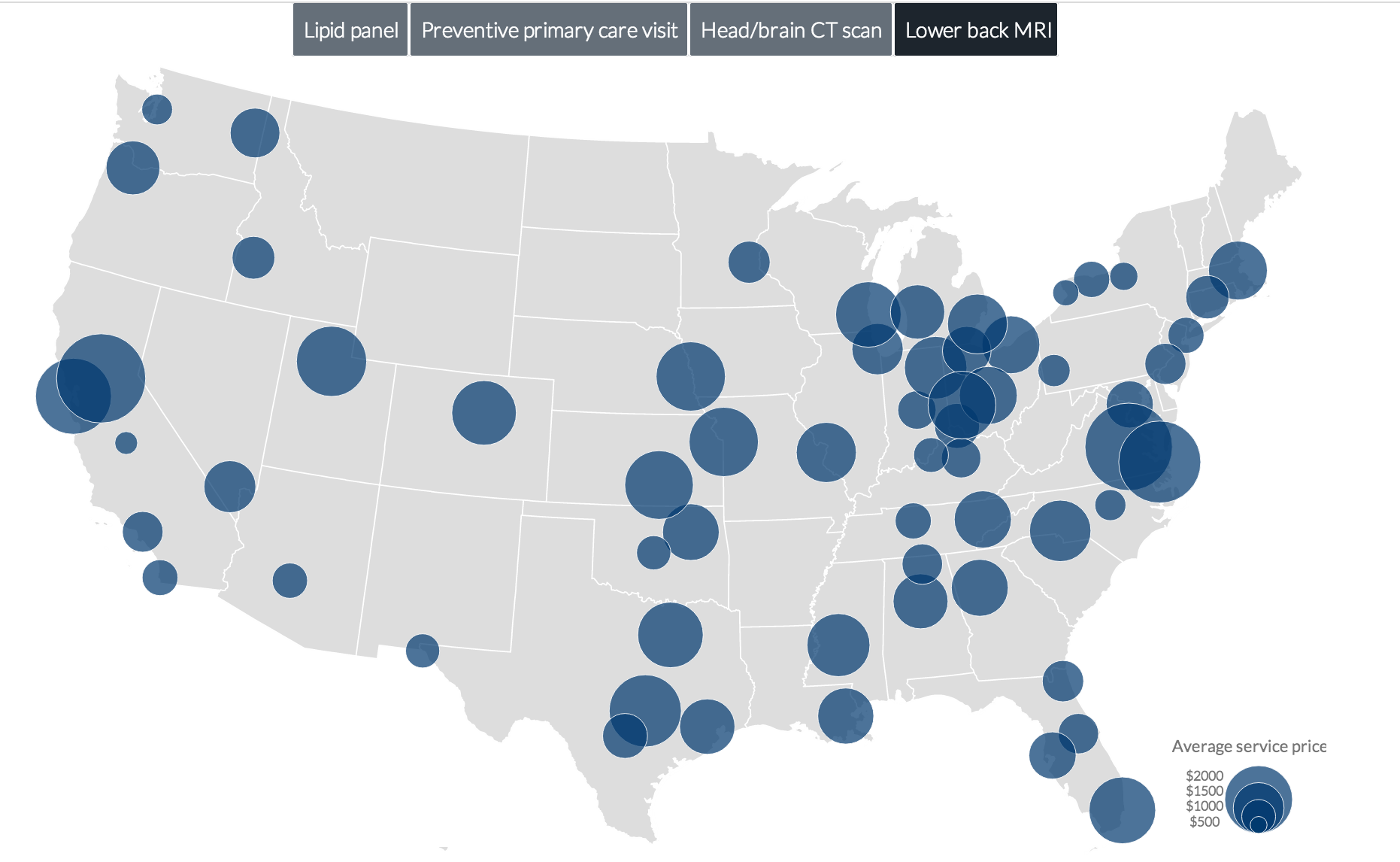 The last service that Castlight examined was CT scan of the head or brain, which showed similar variation between cities. Again, doctors in different cities use the same type of scanners — except those in Fort Wayne, Ind. charge an average of $1,539 and those in Indianapolis charge $667. 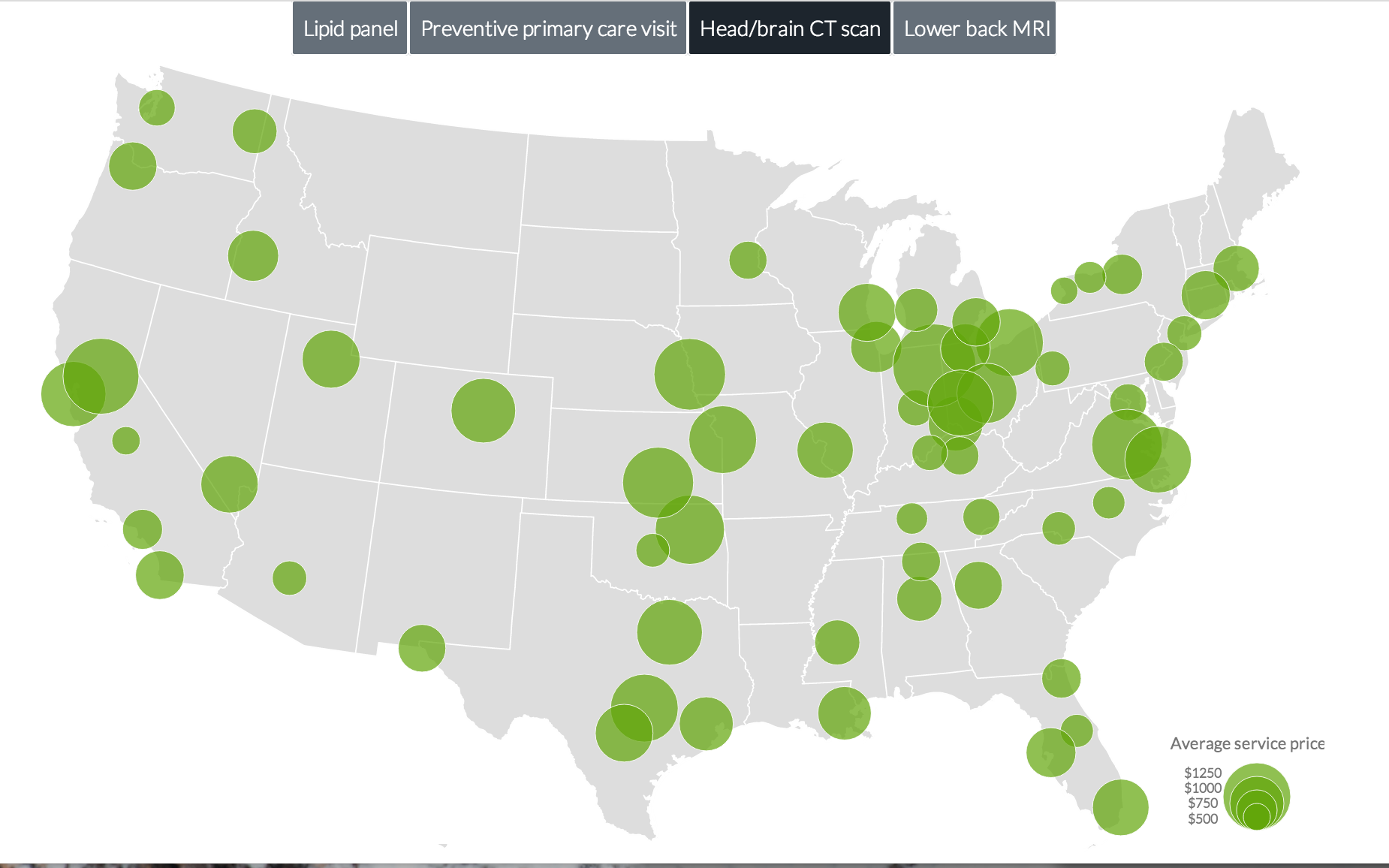 You can play around with the Castlight data here. One of the things that you notice is that averages mask huge variation. In Indianapolis, for example, where the average price is $667, Castlight found individual doctors charge anywhere between $281 and $1,640. In other words: being in a city that has, on average, low prices, is no guarantee of a particular doctor's charges.

The massive variation in medical prices that turns up in the Castlight data is pretty unique to the American health care system. Most other countries have some form of rate-setting, where the government negotiates prices for services like MRI scans and primary care check-ups.

That doesn't happen in the United States. Instead, each health insurer negotiates their own price with every doctor, and hospital, usually in secret. Insurers don't often like to share these prices, mostly because they see it as a competitive advantage — if they're getting a great deal with the local ophthalmologist, for example, they don't want the insurers down the street to know about it. This is why Castlight's data shows that, even for the most basic services, prices can vary massively.