Share All sharing options for: The FDA is cracking down on wood-aged cheese — and it's a terrible idea

This weekend, news emerged that the Food and Drug Administration was cracking down on the use of wooden boards in the aging of cheese. (Update: After this post was published, the FDA responded to my request for comment and clarified that no explicit ban is in place, though they are concerned about the practice. Their letter is at the bottom.)

Though they aren't banning the practice entirely, the FDA appears to have already ordered some New York State cheesemakers using wood shelves to cease operations, sending a letter to the New York State government saying "The use of wooden shelves, rough or otherwise, for cheese ripening does not conform to cGMP requirements."

Their reasoning was that these boards can't properly be sanitized, increasing the risk of Listeria and other pathogens spreading as cheeses ripen.

all sorts of factors contribute to listeria, and it's not clear that wooden boards are especially dangerous

Wooden boards have been traditionally used in the ripening of all sorts of artisan cheeses for hundreds of years. The rule would apply to both American-made cheeses and anything imported to the US, so people throughout the cheese industry are understandably freaking out.

But here's the thing: all sorts of factors can contribute to the incidence of harmful strains of bacteria like Listeria on cheese surfaces, and it's not clear that wooden boards are especially dangerous.

"I don't think we should just say 'Don't produce cheeses on wooden boards.' It's more complicated than that," says Arthur Hill, a food scientist who studies cheese at the University of Guelph in Canada. "The literature on this is not conclusive, and I'm not sure that the risk analysis justifies the FDA's ruling."

Only a few cheesemakers that use wood have been forced to suspend operations so far, and it's unclear whether the FDA is retreating from public backlash or never intended this to be an actual policy in the first place. Still, at the moment, the artisan cheese industry is very upset about the possibility.

How wooden board aging works 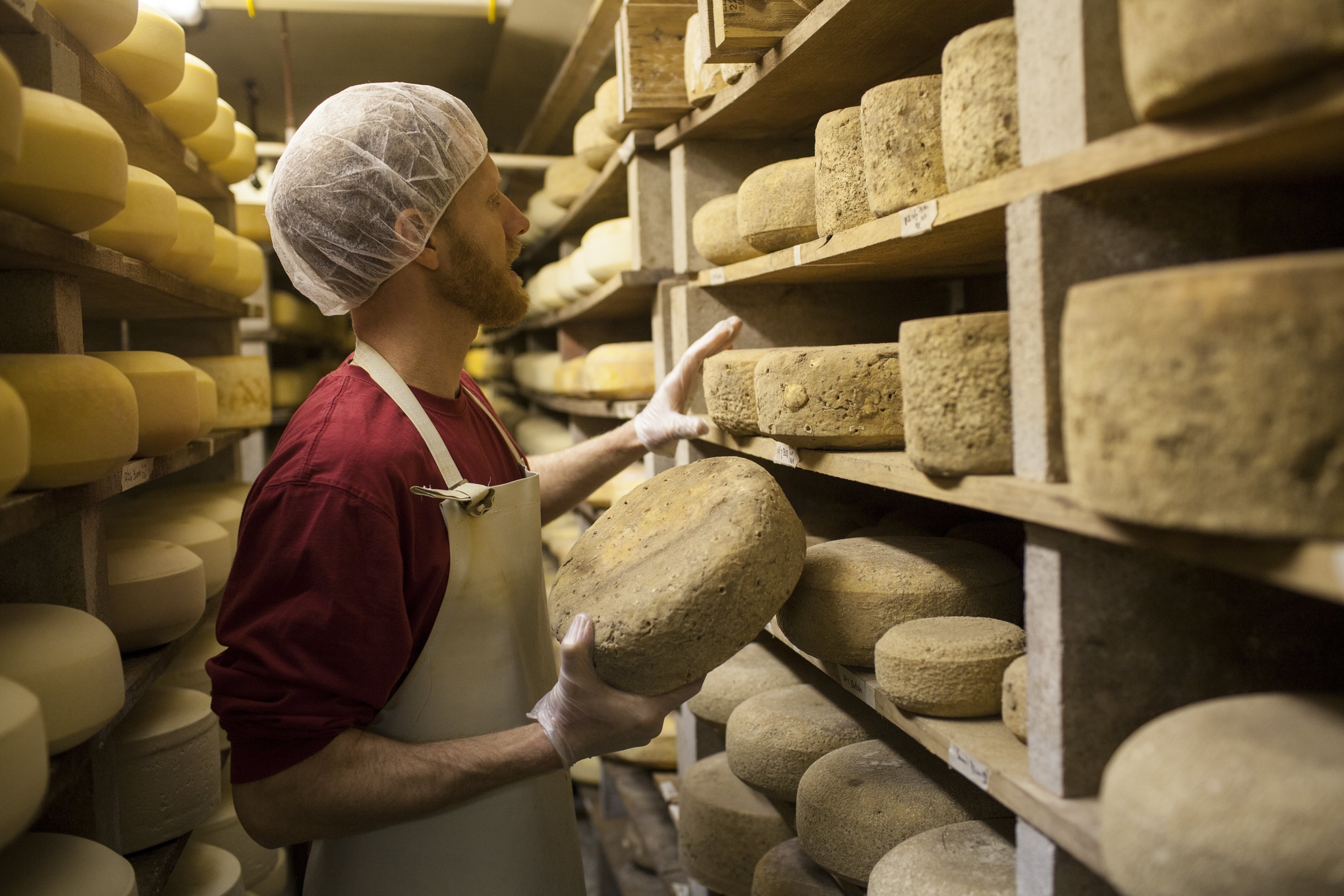 All types of cheese go through an aging process, during which distinct flavors and textures develop. For most cheeses, a rind forms, and it includes benign bacteria that grow and contribute to the cheese's flavor.

Many cheeses — including Beaufort, Parmigiano Reggiano, and others you've probably heard of and may love dearly — are traditionally placed on wooden shelves while they age. Sometimes, wooden molds are used as well. This is because wood is porous, so it allows airflow, crucial to the growth of these flavorful bacteria.

wood is porous, which is crucial to the growth of flavorful bacteria

In some cases, the bacteria that grow on the rind are simply the strains naturally present in the aging facility. In other cases — for washed rind cheeses, which are bathed in saltwater before aging — the cheeses are intentionally inoculated with bacteria. Cheesemakers do this by putting them on the same wooden shelves where the previous batch ripened, so the new cheese picks up the old bacteria culture.

The FDA is especially concerned about the safety of this latter type of cheese, but suggested they'd ban the use of wooden shelves for all varieties, because they say wood can't be fully sterilized. Cheesemakers say the material, however, is absolutely necessary for their product.

"If you take the wood away from a traditional plant that's making the cheese, they will probably never be able to get that same flavor profile back," Hill says. In some cases, plastics have been substituted for wood, but they alter the flavor of the cheese. Many cheesemakers even swear by a particular type of wood to ensure it tastes right.

Why this ban on wood won't increase safety 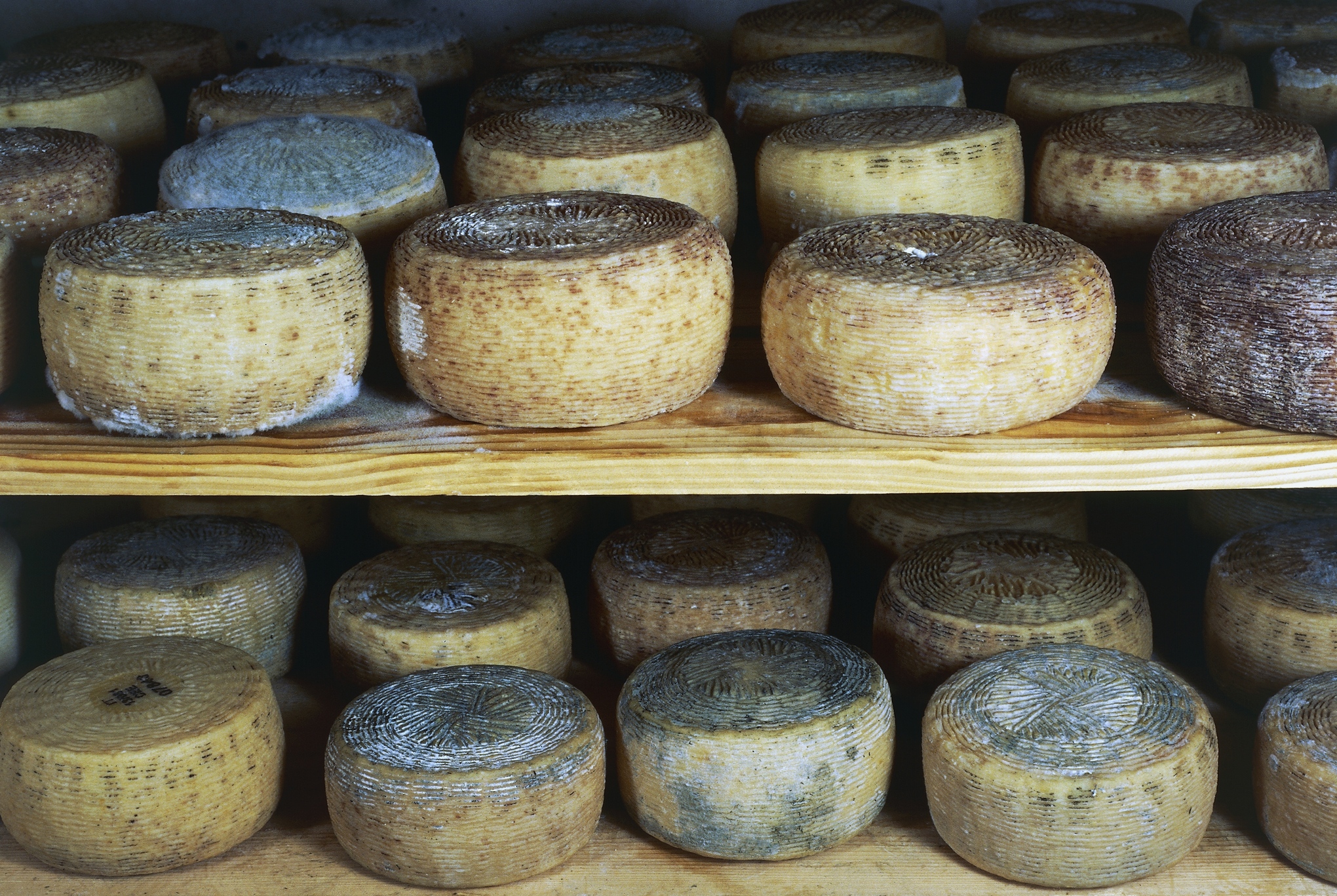 It's true that cheese occasionally causes Listeria outbreaks, and washed rind cheeses may be especially prone to them, because bacteria strains are intentionally cultivated on their surfaces.

"They are a little risker," Hill says. "I love them, and their earthy flavors, but I wouldn't give them to my 90-year-old father, or someone who was pregnant." Pregnant women, older adults, and people with weakened immune systems have the highest risk of getting infected.

if you ban wood, you may actually create conditions in which listeria can grow more effectively

However, a range of factors determine which types of bacteria grow on a cheese's rind, and the use of wood doesn't seem to be especially important in promoting Listeria.

In the FDA's letter clarifying its position on wood, it cited studies showing small amounts of Listeria can survive in boards after they were cleaned with detergent. But the same studies also concluded that the Listeria were wiped out when the boards were cleaned and cooked at high temperatures, making the wood safe for cheese production. Additionally, other studies the FDA cited note that the material used is much less crucial than other factors — such as the presence of benign bacteria that can outcompete Listeria.

"There's occasional evidence of toxigenic bacteria, but there's also evidence of other bacteria that produce antimicrobials that limit the growth of toxigenic ones," Hill says. " So if you arbitrarily say, 'you can still do the washed rind, but you can't do it on wood,' you may actually create conditions in which Listeria can grow more effectively."

Moreover, the numbers of Listeria detected in these tests aren't particularly high — probably not enough to actually cause an outbreak. The truth is that the age-old tradition of washed rind aging produces a complex mix of bacteria strains that we still don't fully understand — and the answer isn't banning wood, but conducting more research.

What's going to happen to your favorite wood-aged cheeses 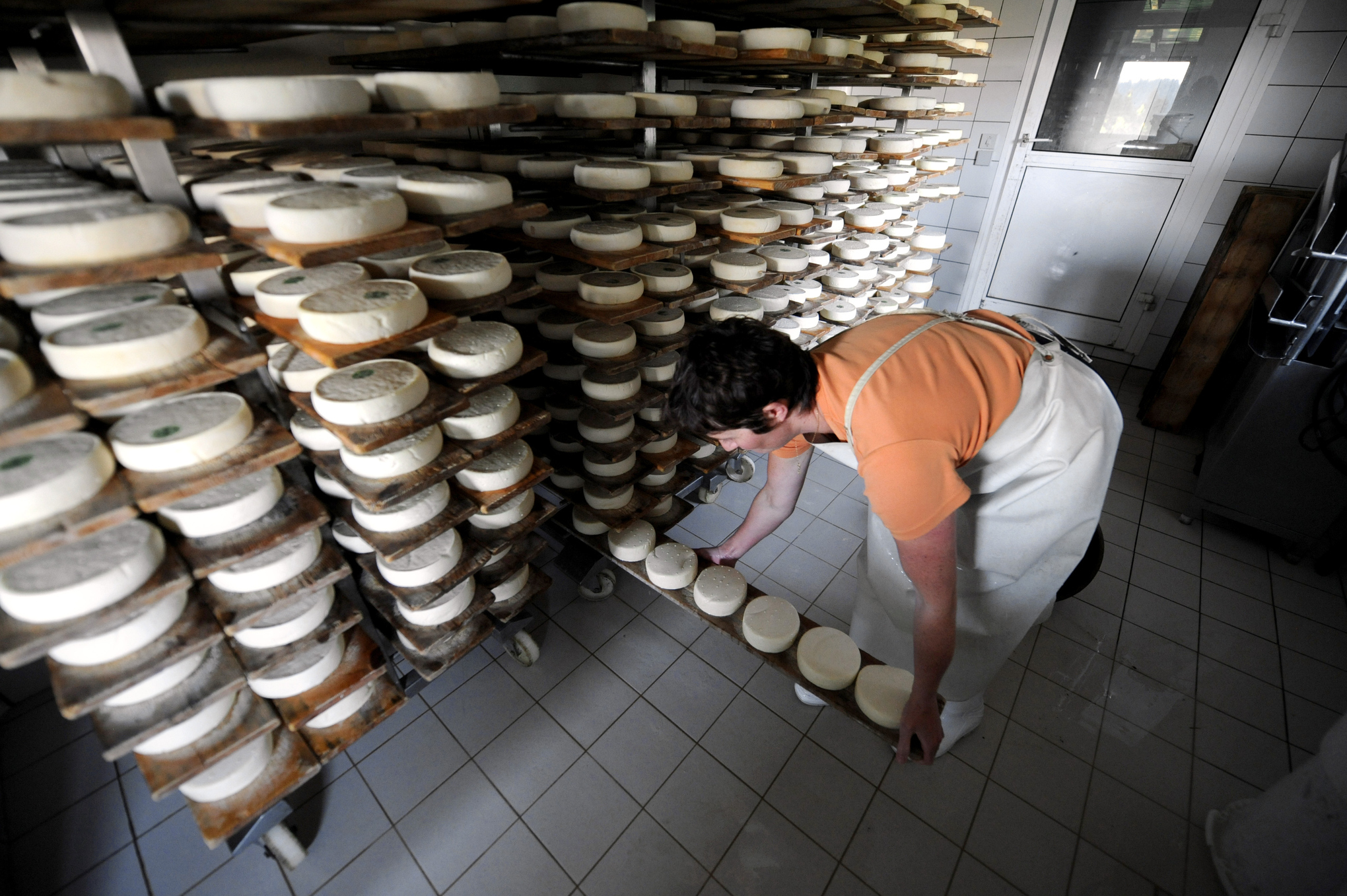 All this isn't a result of a new law, but a so-called "clarification" of the FDA's position on the topic. It came about after the FDA's Center for Food Safety and Applied Nutrition issued citations to several New York State cheesemakers for the use of wood shelves, which prompted an inquiry from the state government, which allows the practice.

In response, the FDA clarified its position, saying that the use of wood shelves violates a provision of its Current Good Manufacturing Practice regulations that requires "all plant equipment...to be adequately cleanable." The agency is applying this interpretation to all imports as well — an important aspect, since the majority of cheeses imported from Europe are aged on wood.

Obviously, that's a very vague provision, and no one in the industry seems to have expected the FDA to interpret it as a ban on wood. This is part of the continuing implementation of the 2011 Food Safety Modernization Act — intended to prevent contamination, instead of merely responding to it — which gave the FDA all sorts of new powers over food safety.

It's unclear what will happen next. The rule won't affect large-scale manufactured cheeses, since they aren't aged on wood anyway. If heavily enforced, it could throw the small-scale artisan cheese industry into disarray, since the majority of its cheeses are aged on wood. Some European cheeses — like Comte and Beaufort — are legally defined by their aging process, and the law specifies to use the name, the product must be aged on wood.

At the same time, the FDA is now saying that there is no new policy, although it has already forced a few cheesemakers in New York State to suspend sales.

Some commentators are claiming that the agency is going beyond its legal authority, partly because it didn't conduct a process called notice-and-comment rulemaking, in which new rules or interpretations are open to public comment before they're enforced. If the agency did go forward with the no-wood rule on a broader scale, Hill expects it'd face lawsuits from cheesemakers saying it endangered their livelihoods without a sound scientific basis.

Update: Here's the text of the FDA's statement on the issue:

In the interest of public health, the FDA’s current regulations state that utensils and other surfaces that contact food must be "adequately cleanable" and properly maintained. Historically, the FDA has expressed concern about whether wood meets this requirement and has noted these concerns in inspectional findings. FDA is always open to evidence that shows that wood can be safely used for specific purposes, such as aging cheese.

The FDA will engage with the artisanal cheese-making community to determine whether certain types of cheeses can safely be made by aging them on wooden shelving.