Nearly 9 in 10 New York voters support medical marijuana. Now, their governor does too.

Share All sharing options for: Nearly 9 in 10 New York voters support medical marijuana. Now, their governor does too.

New York Governor Andrew Cuomo on Monday signaled he would sign a bill legalizing medical marijuana as long as it comes with proper regulations.

Cuomo's support is hardly surprising, given that he backs medical marijuana pilot programs at 20 New York hospitals. But it's good news for state legislators who are planning to push a medical marijuana bill through the current legislative session.

It's also unsurprising because medical marijuana is so overwhelmingly popular across the country but particularly in New York. Politicians are risk-averse, which is why touchy social issues like same-sex marriage and marijuana legalization often end up on the ballot instead of statehouses. But with medical marijuana, it seems the only risk for politicians at this point is falling behind the public's support for relaxed marijuana laws. 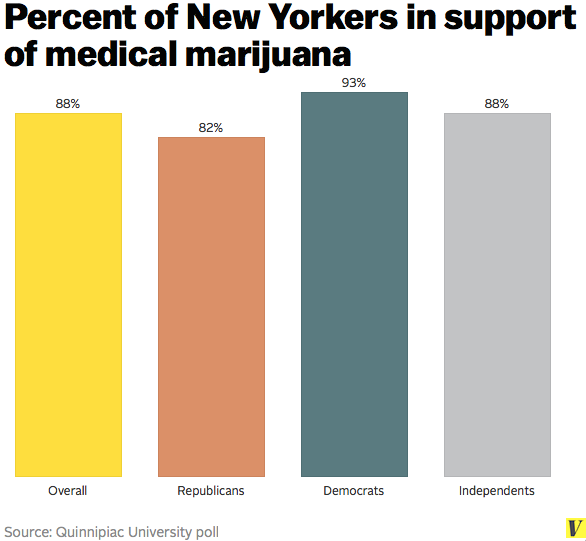 The state, however, is more split on legalizing pot for recreational use. 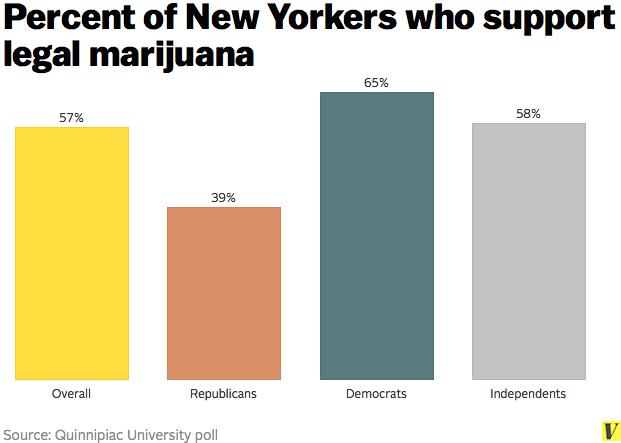 New York, however, isn't alone in its support for medical marijuana. As the Pew Research Center found in 2010, voters across the country overwhelmingly support allowing the drug for medical purposes. 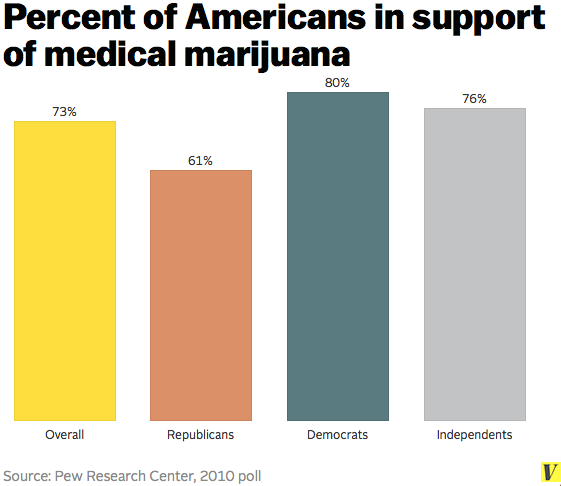 At the same time, New York arrests a lot of people for pot

Regardless of what voters think, New York in 2012 had some of the highest arrest rates for pot possession in the nation, according to an analysis from Addiction-Treatment.com. 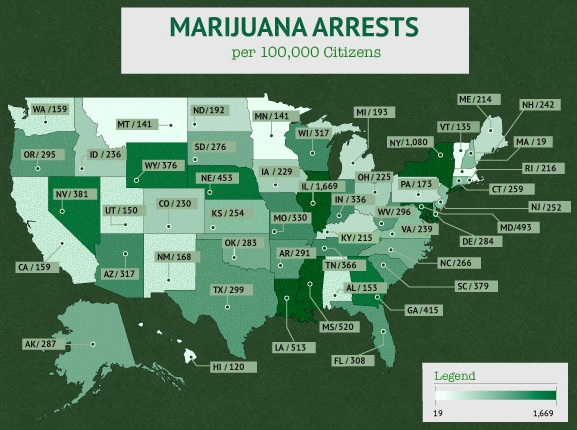 The high arrest rate stands even after controlling for how many reported marijuana users are in the state. 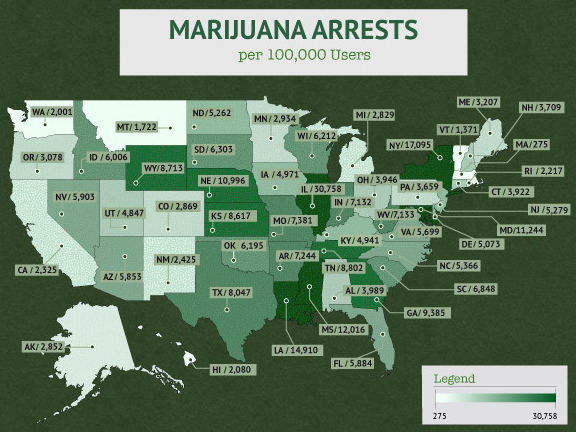 What's puzzling about New York's high arrest rates is marijuana is actually decriminalized in the state. The problem, as the Marijuana Policy Project explained, is that law enforcement often exploit a loophole in New York law that allows arrests for marijuana that's within public view. Police reportedly use that exception to arrest people, particularly minorities, by getting them to empty their pockets — and therefore expose marijuana that would otherwise be hidden — during searches.

Given the majority support for medical marijuana and outright legalization, these arrests seem to be out of step with public opinion.