What's still wrong with the job market, in two charts

Share All sharing options for: What's still wrong with the job market, in two charts

Today, the Labor Department released some good news and bad news for millions of unemployed Americans. The good news is that there are more and more job openings out there. The bad news is that employers aren't filling those openings any faster. Below is a look at employers' rates of creating new openings and hiring new workers, and they're inching ever-closer together. 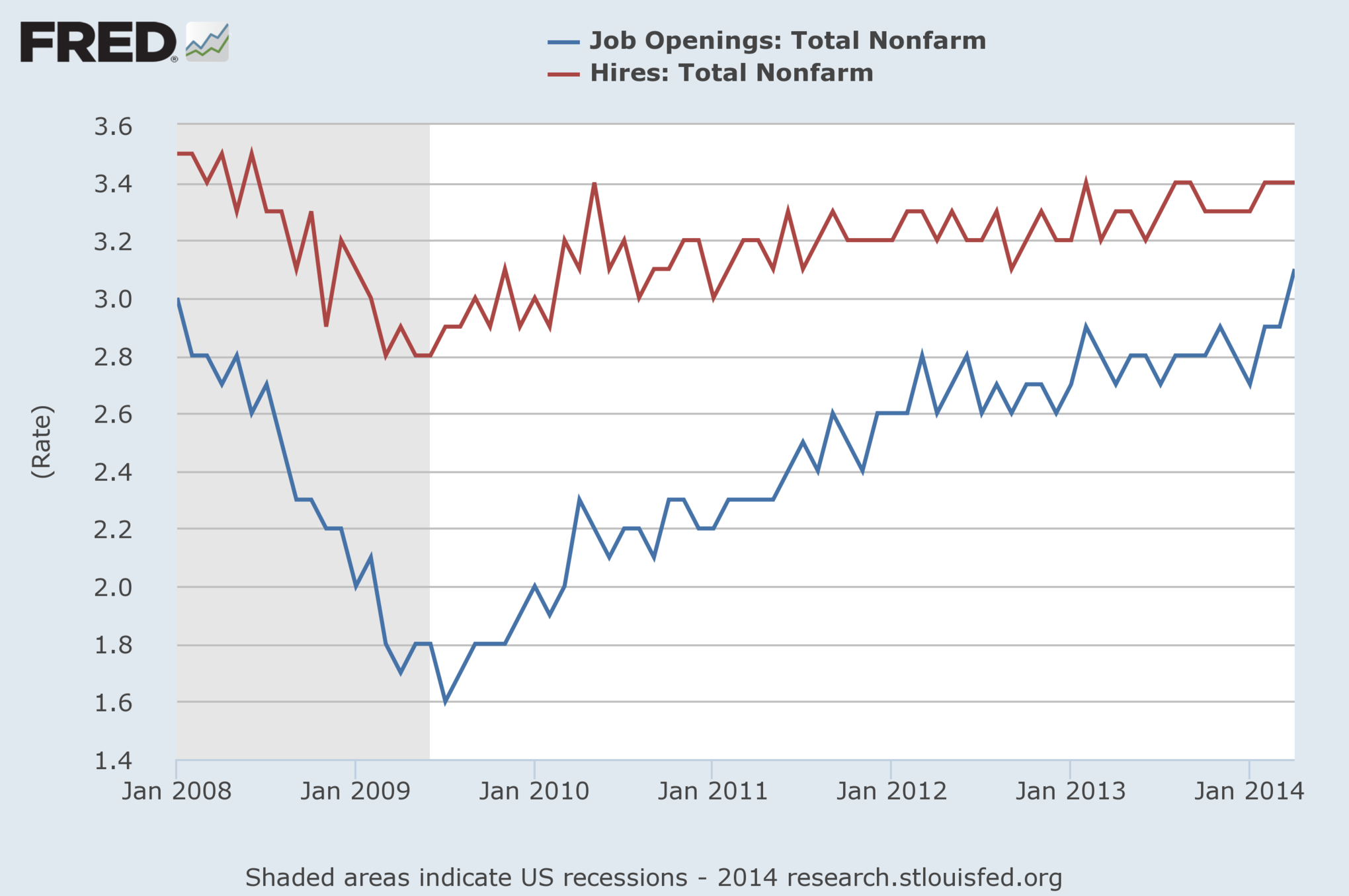 The hires rate — the number of hires expressed as a percentage of all workers — has been at 3.3 or 3.4 percent since last August. In that course, the rate of job openings has climbed, and in April, it climbed again, sharply, from 2.9 to 3.1 percent.

Put another way, the ratio of job openings to hires keeps inching downward. In April, the number of job openings climbed by around 300,000, to 4.5 million, while hires held steady at around 4.7 million. 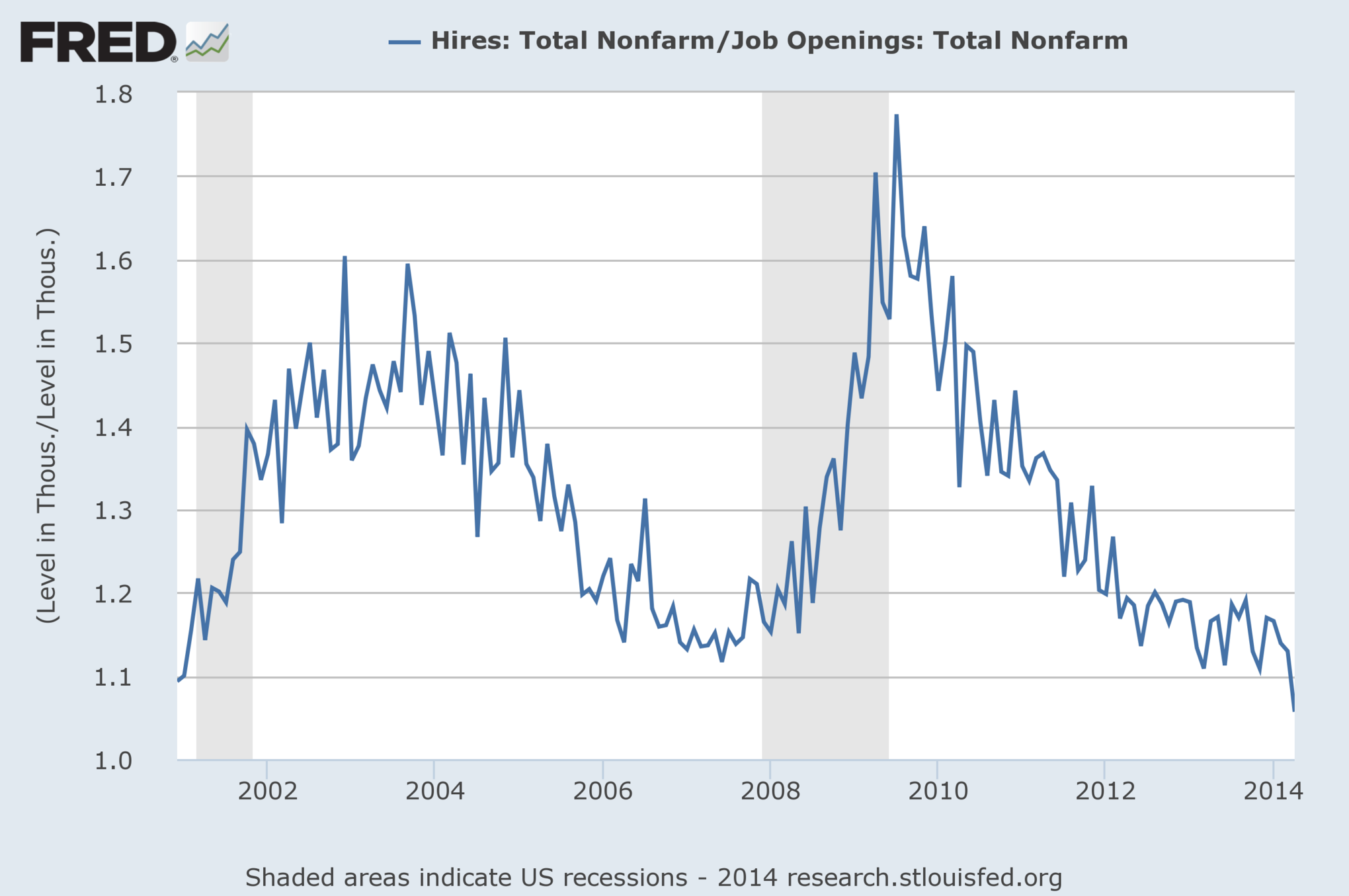 "It's surprising how few hires there are, given the number of job openings," says Gad Levanon, director of macroeconomic research at the Conference Board. "It is, I think, still an open question what's going on there."

There are a couple of reasons why this might be happening. Levanon says this ratio can be viewed a proxy for how long employers are taking to fill jobs.

it could be that employers are not only nervous but spoiled.

"When there are a lot of jobs and few job candidates you'd think that time to fill a position would be higher. And that's what this indicator is telling us now," he says.

But it could also mean that employers are, for whatever reason, deciding to take their time in hiring. One theory here, as Catherine Rampell wrote in the Times last year, is that employers are still feeling cautious from the downturn — don't make a mistake in hiring, the idea goes, because it could be costly to pick the wrong person.

The flipside of that theory is that employers are not only nervous but spoiled — there are lots of unemployed people out there, so employers have lots of candidates to pick from and aren't trying too hard to seek out the best candidates themselves. In a 2012 paper, economists referred to this as "recruiting intensity" and showed that it had fallen off and had not yet recovered from the recession.

Given the massive number of unemployed and discouraged workers, this may still be happening. All of which means that the recent four months of 200,000-plus monthly job creation are good news, but still in many ways surprisingly weak compared to what we might expect