Share All sharing options for: 7 surprising charts about technology and media today

Mary Meeker of Kleiner Perkins Caufield Byers put together this big presentation on investment opportunities in the contemporary technology space. It contains a number of fascinating charts mixed in with the bullet points and such. These seven are the most striking and important, not just from an investment point of view but simply as a way to understand the world we're really living in today.

1. There's no sign of a bubble in VC funding 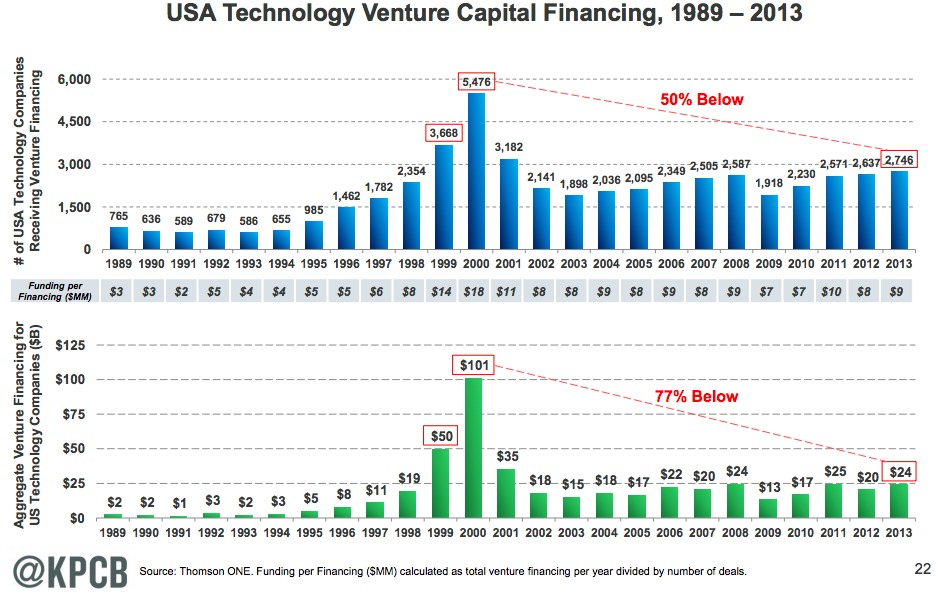 Neither the number of companies getting funding nor the total amount of funding offered is particularly unusual.

2. Mobile punches way below its weight in ad spending 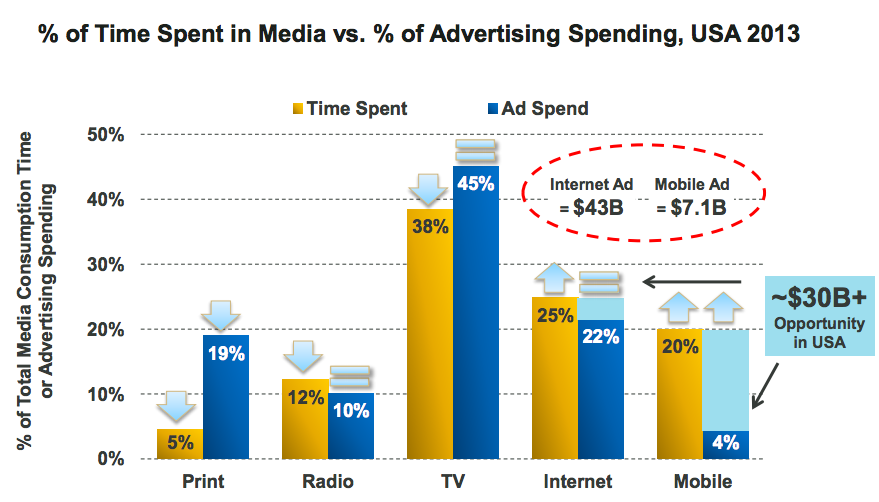 TV and especially print continue to attract a level of ad spending that's out of proportion to audience engagement. Meanwhile, everyone's glued to their phones all the time and nobody's ponying up money to reach them. 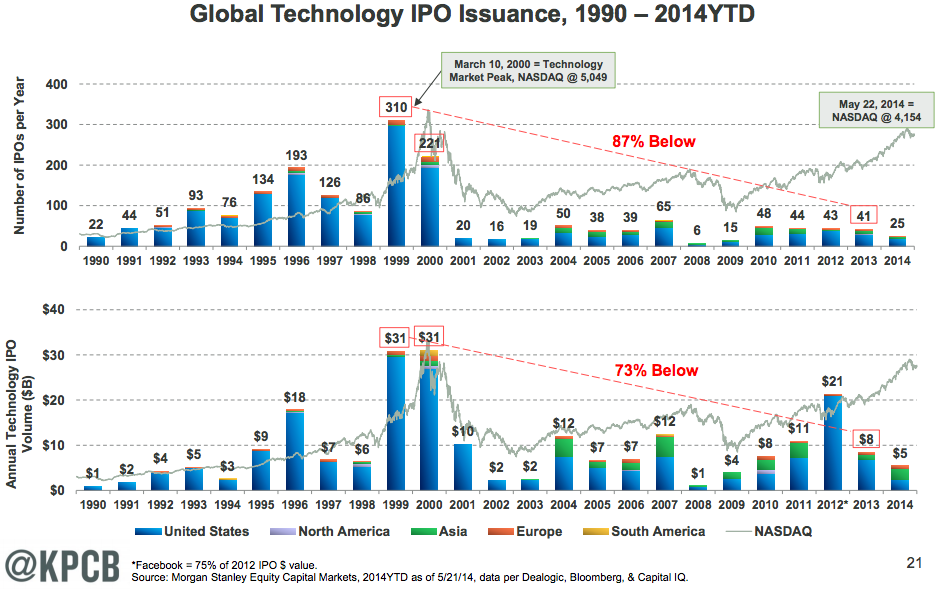 Forget the dot-com boom. Except for the huge 2012 Facebook IPO, we still aren't back to where we were before the financial crisis.

4. Streaming is the new owning 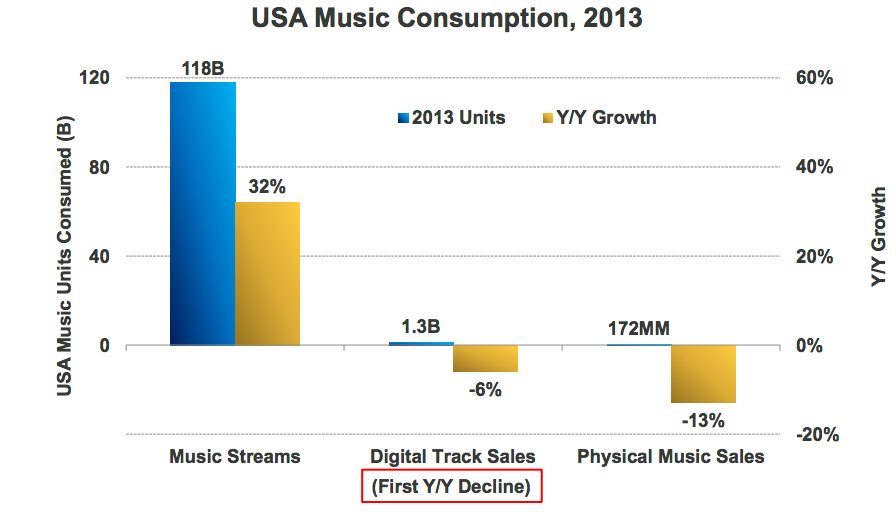 Even the relatively new technology of digital music downloads is already in decline in the face of the streaming juggernaut.

5. Smartphones are getting really cheap 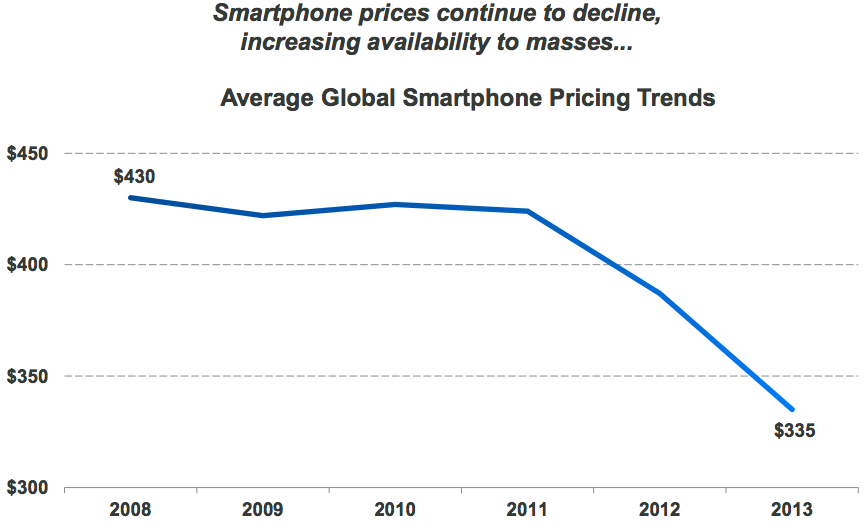 US media coverage continues to be dominated by the top-end phones from Apple and Samsung, but globally average prices are falling and smartphone technology is becoming accessible to more and more people in low- and middle-income countries. 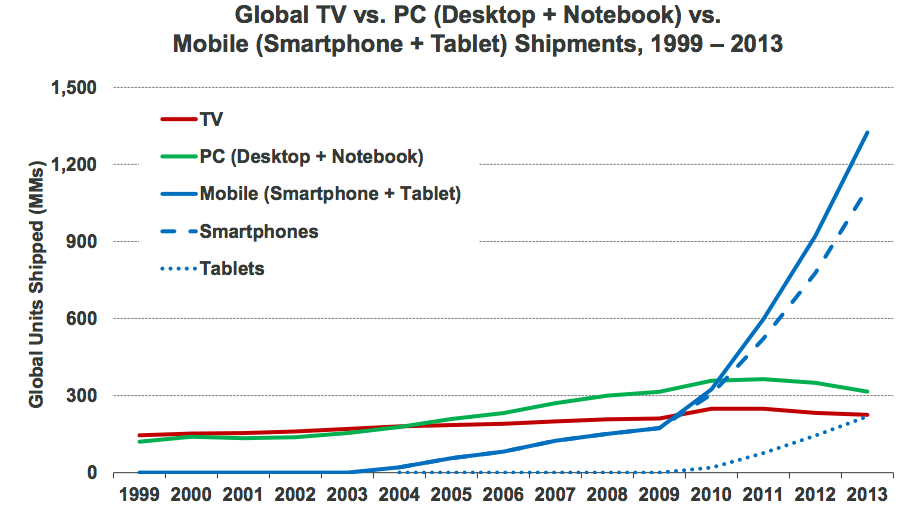 There were a series of "tablets are dead" stories earlier this year when it became clear that tablets are much less popular than smartphones, but in context it's clear that this is about the appeal of phones rather than the lack of appeal of tablets. 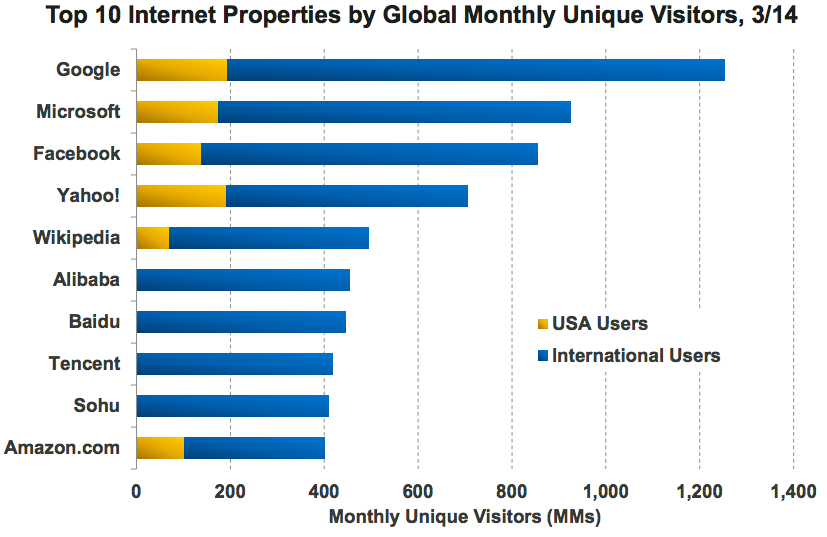 Four of the top ten internet properties don't exist in the United States at all.