Sexual assault on college campuses has become a national priority, with Vice President Joe Biden leading a task force on stopping it and even President Obama weighing in . Just how common is campus sexual assault, and what do students experience? The studies specific to college students have some limitations, but here's what we know.

1 in 5 women is raped during her lifetime, many when they're college aged.

Eighteen percent of women have experienced rape or attempted rape in her lifetime, according to the Centers for Disease Control and Prevention. A much higher proportion, 45 percent, experienced other forms of sexual assault, such as unwanted touching or harassment, or were pressured into sex without the threat of violence. 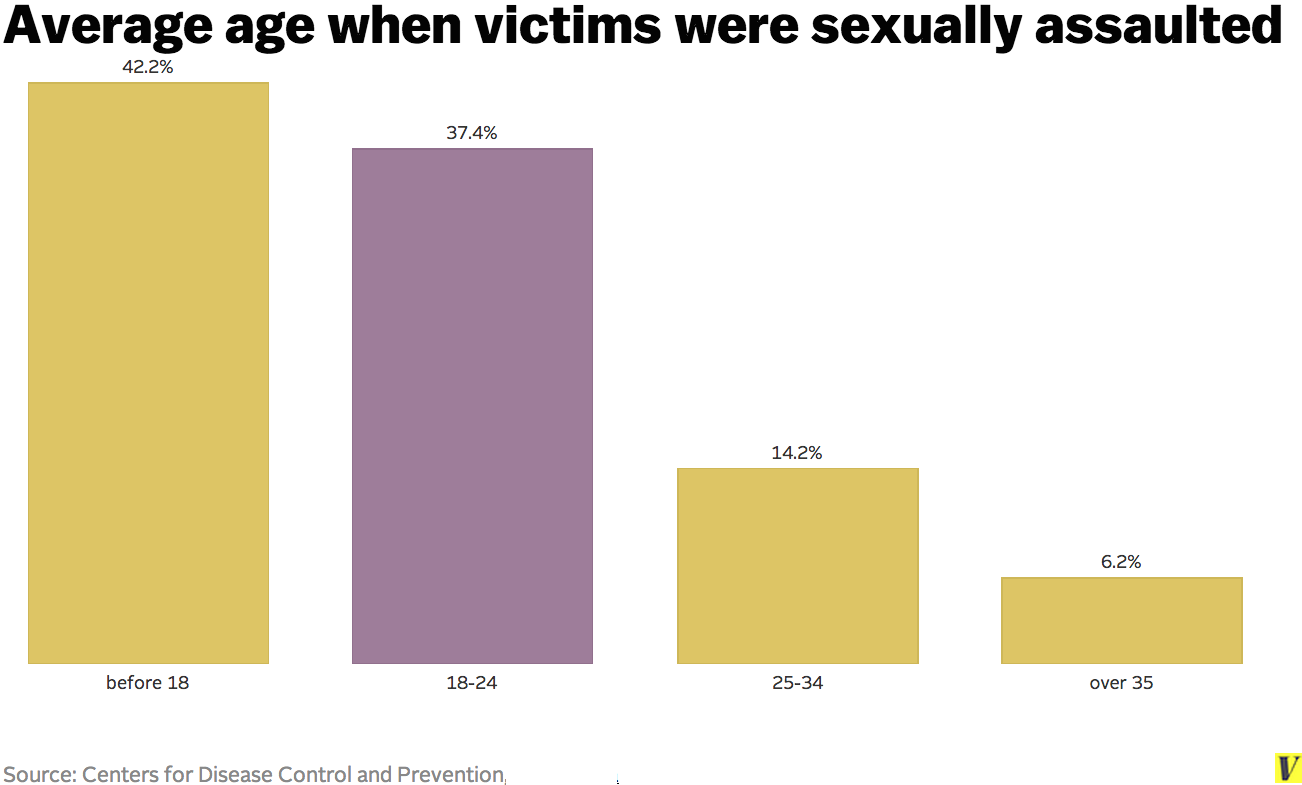 Those statistics are from the National Intimate Partner and Sexual Violence Survey, which asked about 18,000 men and women about their experiences.

The CDC survey finds a higher rate of rape annually than another federal survey of crime victims, the National Crime Victimization Survey, which finds that about 1.3 women in every 1,000 are raped each year. (The CDC's rate is much higher, about 1 in 100.) The difference may be due to how the questions are asked, or who is doing the asking; the victims' survey didn't include the fact that sex can qualify as rape if one person involved is too incapacitated to consent.

Sexual assault is more common when students are drunk, drugged or otherwise incapacitated.

A 2007 Department of Justice study found about the same rate of sexual assault: one in five women, or 19 percent, is the victim of an attempted or completed sexual assault while in college. (Sexual assault includes both rape and unwanted sexual touching.) 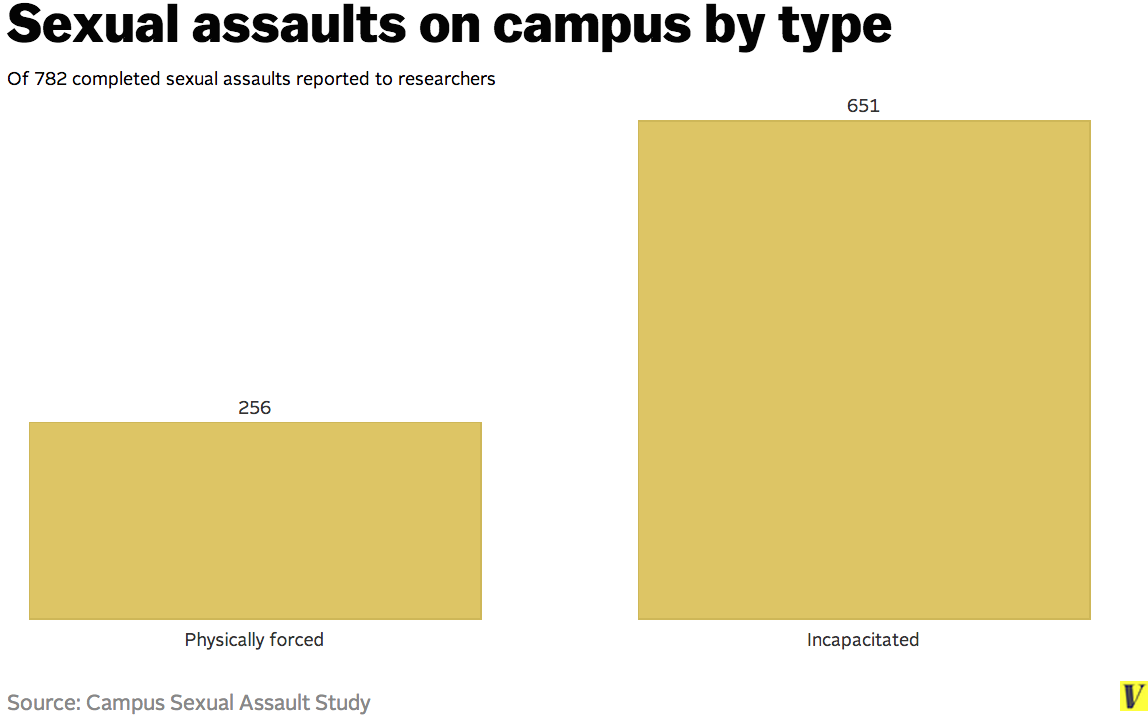 (Sexual assaults can be both types at once, so the percentages don't quite add up.)

The study is one of the most thorough and recent on campus assault. But it has some limitations. The 5,500 students surveyed are from just two universities, both with residence halls, Greek organizations and college sports.
Those are all facets of the typical undergraduate experience, and they also make sexual assault more likely. So it's difficult to say how well the results apply to colleges without those cultural features — let alone to community colleges, or to the growing population of college students who don't fit the traditional undergraduate profile. 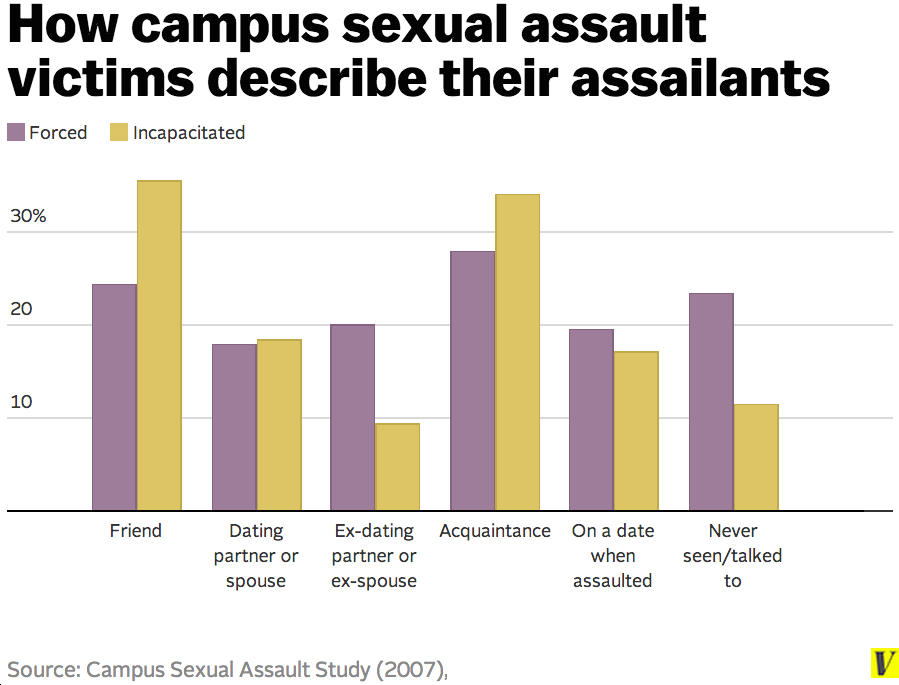 Sexual assaults spike in the fall. 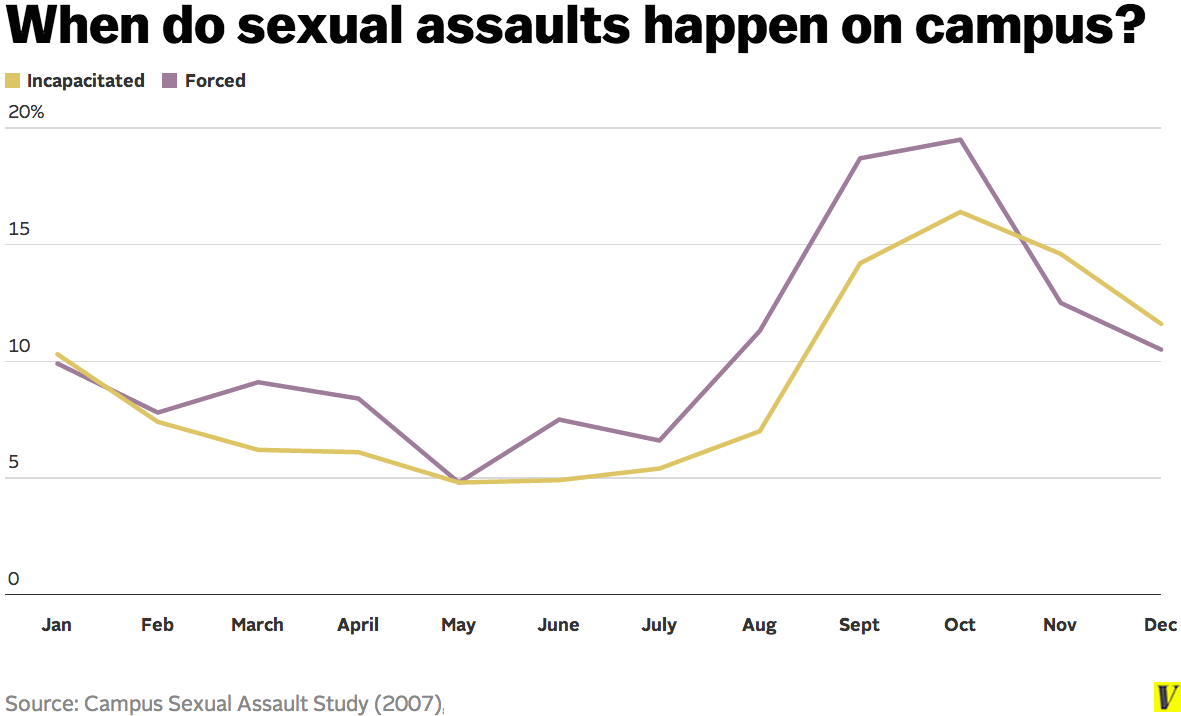 Students who experience sexual assault are more likely to be in abusive relationships. 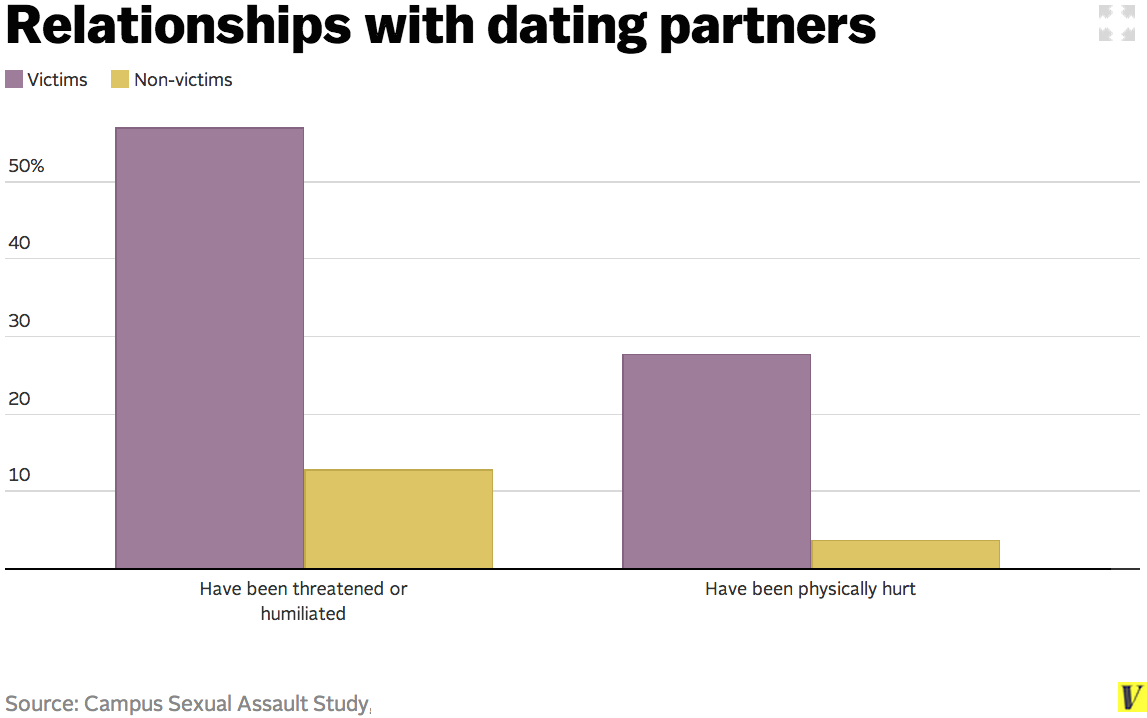 Many women wouldn't describe what happened to them as rape.

A majority of students who survived forced rape said they considered what had happened to them as rape, but only a minority of survivors of incapacitated rape did so, researchers found. Those percentages exclude students who experienced unwanted sexual touching. 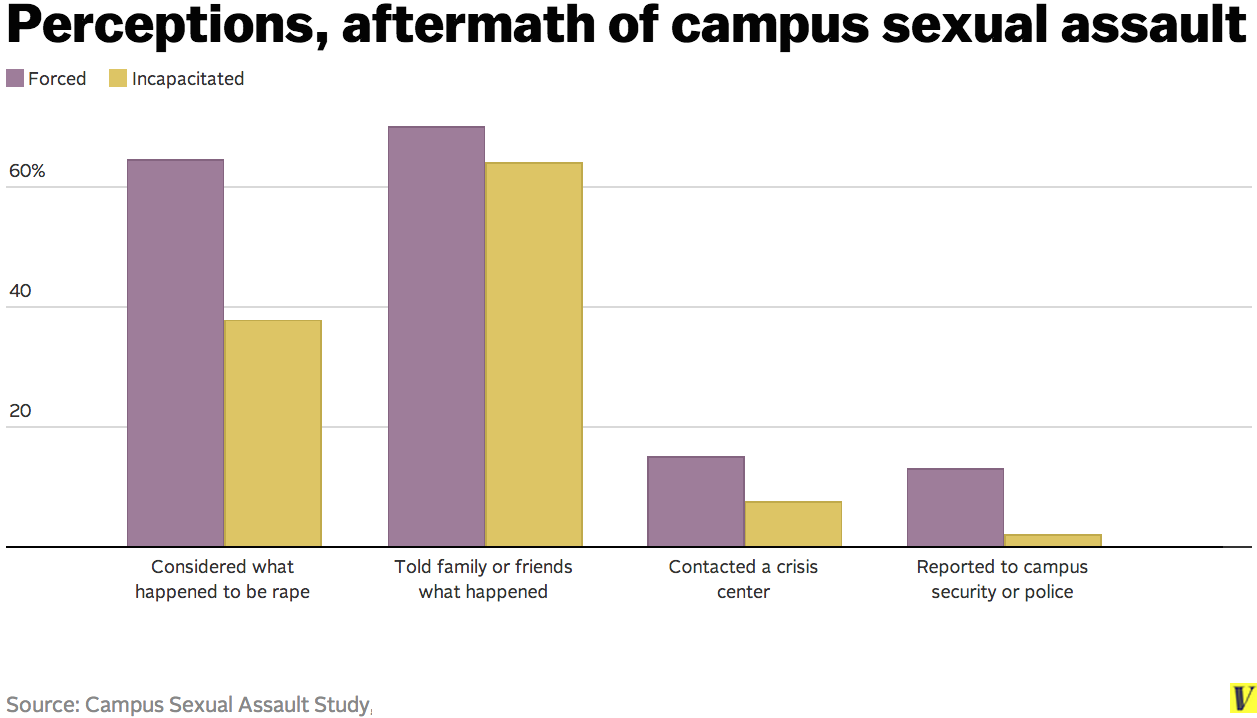 The survey described scenarios to people being interviewed what could have happened, but didn't assign a word to it; for example, students were asked if they'd ever had unwanted sexual content because someone used force or because they were unable to consent.