The biggest American homes are in...Tennessee?

Share All sharing options for: The biggest American homes are in...Tennessee?

If you had to name where America's biggest homes were, just off the top of your head, where would you pick? Hollywood, maybe. Or New York City, perhaps, or maybe Silicon Valley, where tech entrepreneurs have sprawling mansions. 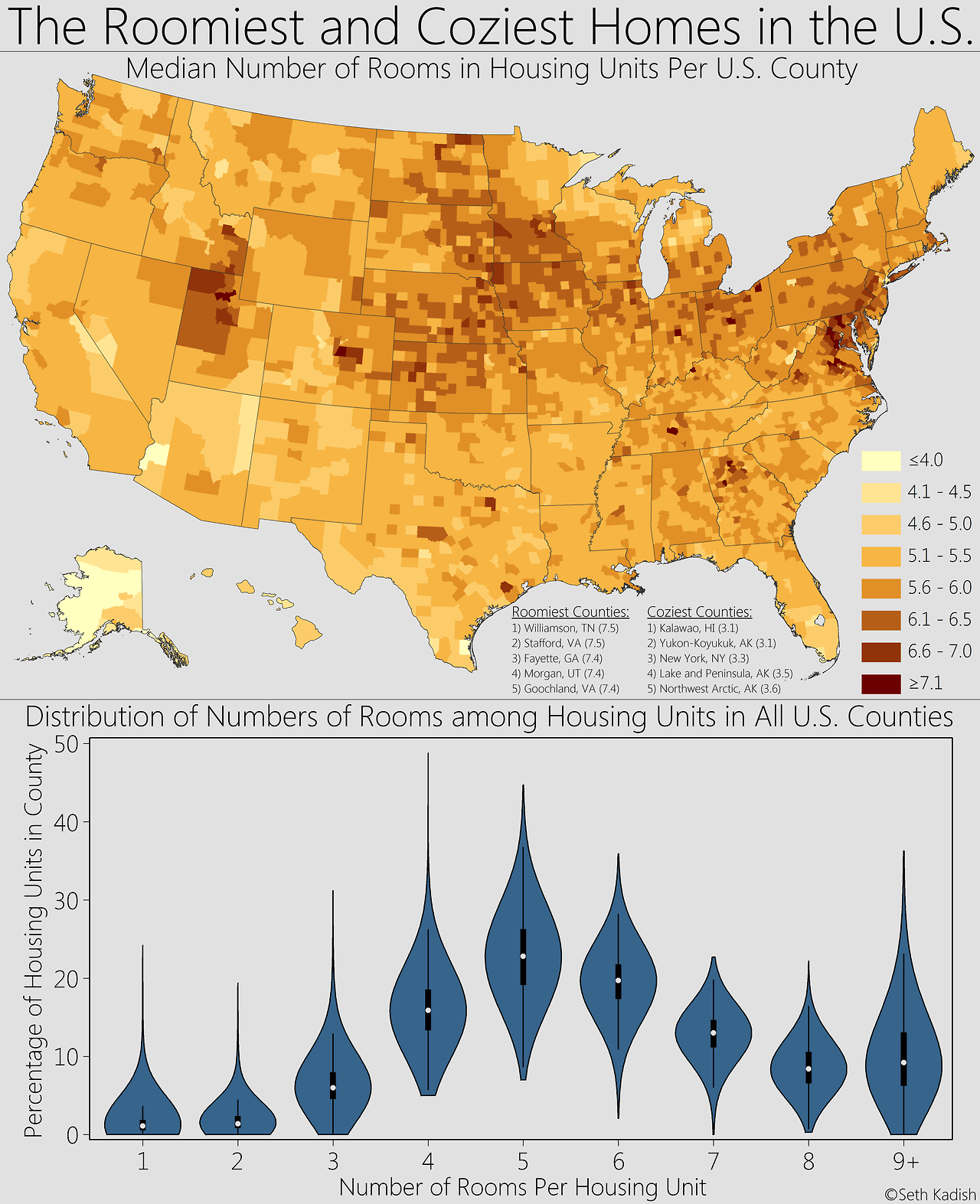 The data, compiled on data visualization blog Vizual Statistix, shows that Williamson County, Tennessee and Stafford County, Virginia, have the highest median number of rooms per housing unit, at 7.5 (not counting bathrooms, which the Census doesn't include in its room counts). Not surprisingly, those counties also have money — Williamson County has a median household income that's more than double that of the entire state of Tennessee's. Likewise, Stafford County (along with several others in the Washington, DC, area) is one of the highest-income areas in the country.

Not that income has everything to do with it. Kalawao County in Hawaii, once home to a leper colony, is currently home to only 90 people, making it one of the tiniest counties in the nation. Those residents that remain may simply have some very modest dwellings, bringing the county's median down to 3.1 rooms per home. Likewise, New York County (a.k.a. Manhattan) has the third-smallest number of median rooms, which may simply be a function of having lots of small apartments.

Even if you live in a place with relatively modest homes, you might see houses in your area getting more and more spacious. New American homes are growing larger all the time, both in terms of rooms and square footage. As of the early 1980s, only 18 percent of new single-family American homes had 4 bedrooms or more. Today, it's 41 percent. 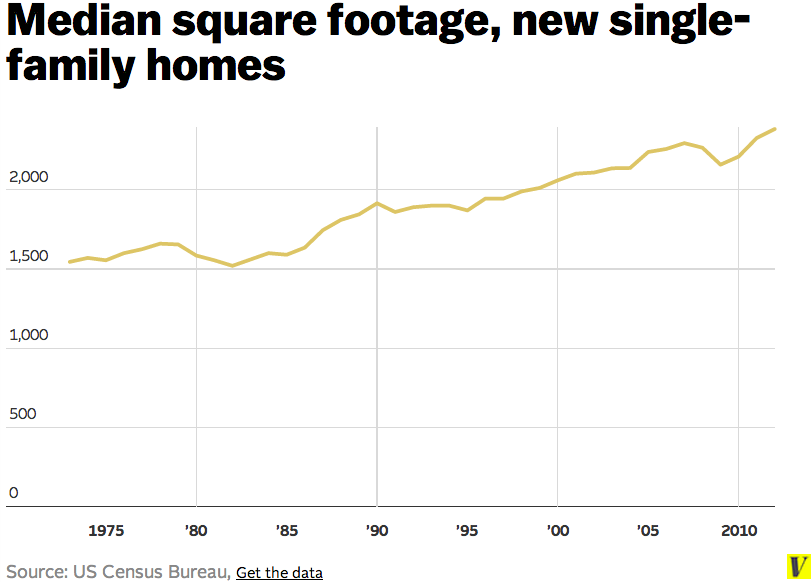 Then again, it may be that those growing homes need the space to grow into. That may explain why lower-population areas of the upper Midwest have homes with so many rooms. It's easier to have a huge house, after all, when the nearest neighbor is a half-mile away.