Share All sharing options for: LGBT people are more likely than straight people to go to jail

It's not just marriage. LGBT individuals, along with people living with HIV, face serious legal disparities that go far beyond the right to tie the knot.

LGBT individuals, along with people living with HIV, face serious legal disparities that go far beyond the right to tie the knot

A recent survey from Lambda Legal found 5 percent of of respondents among the LGBT community and those living with HIV reported being in jail or prison in the past five years, compared to the nearly 3 percent of all U.S. adults who are under some form of correctional supervision (jail, prison, probation, or parole) at any given time.

It's possible these higher incarceration rates could be explained by higher crime rates in the LGBT community. But one study from Yale University researchers found higher engagement in illegal activities does not fully explain systemic discrepancies against LGBT people, even though nonheterosexual adolescents do in general report slightly more minor transgressions (but not more serious and violent crimes).

So what's behind the disparities? A new report from Columbia University's Center for Gender and Sexuality Law provides several explanations. Here are four of its biggest findings.

The problem sometimes starts with families

It's not atypical for families to reject a son or daughter's sexual orientation or gender identity by kicking the child out of the home. A survey from the Williams Institute found the top two reasons for homelessness among LGBT youth are related to family rejection. 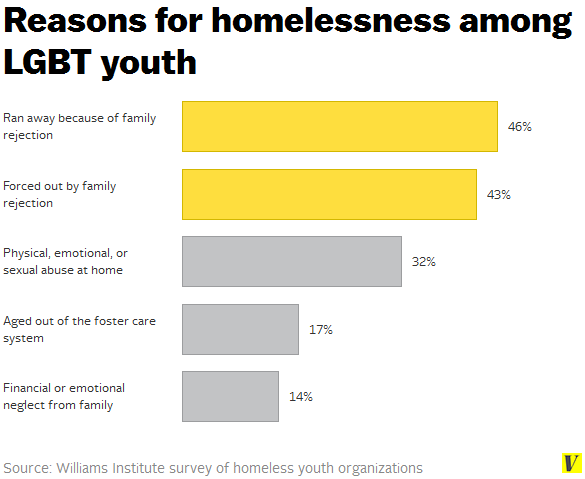 As a result, a Center for American Progress (CAP) report found LGBT people make up 20 to 40 percent of the homeless population despite making up just 5 to 7 percent of the overall population.

Homelessness creates all sorts of problems for these youth, from physical to mental issues. That's why, as the Columbia University report points out, homelessness is often a close predictor of involvement with the juvenile justice system.

Schools can make the problem worse 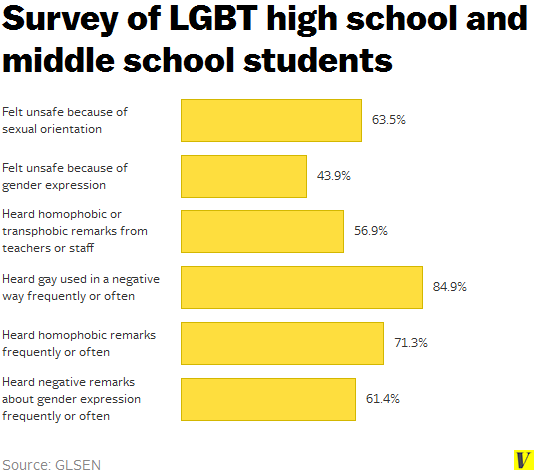 Part of the problem, according to the Columbia University report, is many schools still keep relaxed policies against anti-LGBT bullying. Even schools that adopt strict anti-bullying policies don't always enumerate LGBT populations as a particularly vulnerable group, which leaves LGBT students open to abuse. 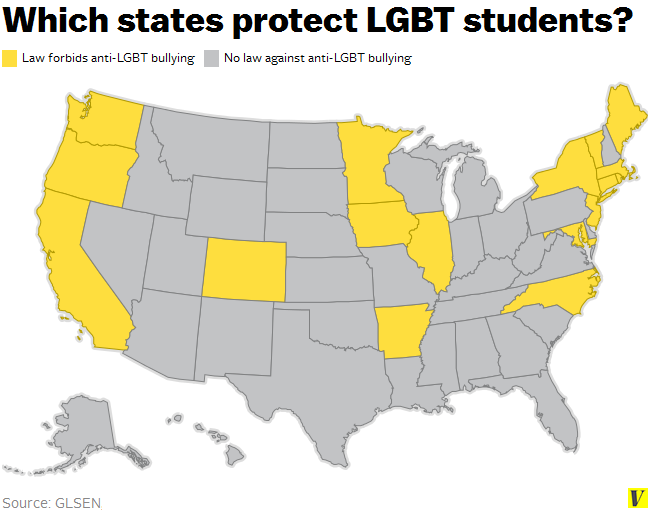 There's also some instances in which school rules are enforced in a discriminatory manner. A CAP report found, for example, that school administrators often punish LGBT students for public displays of affection but not straight students.

Making LGBT students feel isolated and bullied in the place where they're supposed to be learning, the Columbia University report explains, makes it much more difficult for LGBT individuals to overcome hurdles into a healthy lifestyle and career.

In run-ins with law enforcement, LGBT people and those living with HIV tend to have considerably more difficulty with police than the overall population — especially if they're young, black, and poor. 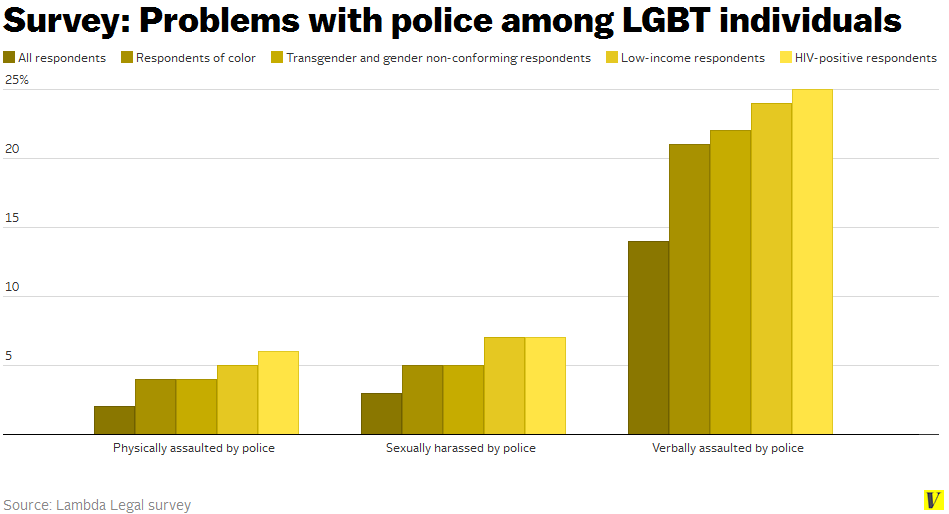 Sometimes how police enforce laws can be discriminatory. The Columbia University report, for example, found some cops presume transgender women of color are sex workers and use condoms as evidence for prostitution charges. "Surely, no heterosexual white man would be arrested on suspicion of prostitution for carrying condoms in his pocket," the authors write.

These disparities doesn't just lead to more arrests among LGBT populations. The Columbia University report suggests that the discrimination creates a sense of distrust in law enforcement within the LGBT community, which can further perpetuate crime and violence if people are unwilling to turn to police to solve potentially dangerous conflicts.

HIV-specific criminal laws can play a role as well

Some states have HIV-specific criminal laws that disallow HIV-positive people from engaging in low-risk sexual acts (oral sex, spitting, and biting) without disclosing their HIV status. 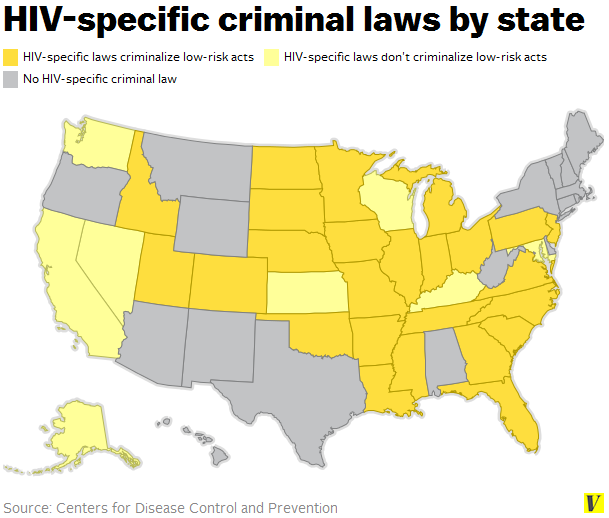 These laws might seem like a good idea to policymakers: they should, in theory, discourage people from spreading HIV to inadvertent partners.

But the Columbia University report suggests a couple reasons to be cautious of such laws. For one, the Centers for Disease Control and Prevention found that, contrary to common stigmas, these low-risk sexual acts have a very low or miniscule chance of transmitting HIV. And there's no evidence these laws stop the spread of HIV in the first place.

there's no evidence these laws stop the spread of HIV

It's also possible these laws disproportionately affect LGBT individuals, since gay men make up more than half the HIV-positive population but 4 percent of the overall male population.

Still, it seems these laws aren't enforced very often: the Center for HIV Law and Policy found 189 arrests and prosecutions from 2008 through April 2014, and about 80 percent of those appeared to occur under HIV-specific criminal laws. (Some states prosecute these instances under general criminal laws.)

None of this is meant to suggest that sexual partners shouldn't disclose their HIV status. That's obviously preferable. But the Columbia University report provides some reasons to be cautious about putting the preference into law, especially when the preference is based on outdated views of how HIV spreads.