Share All sharing options for: Sorry, Republicans, Obamacare enrollees are paying their bills

About 80 to 90 percent of Obamacare enrollees are paying their insurance premiums, major health insurers testified before Congress on Wednesday.

The insurers' testimony undercut a report from House Republicans

The insurers' testimony undercut a report from House Republicans that found only 67 percent of enrollees on Obamacare's federal exchanges had paid their premiums. Insurers only start coverage after they have received a first month's premium payment from an enrollee, making the percent paid an important metric to gauge how many people will actually gain coverage.

House Republicans' report, insurers explained, got that metric wrong. It counted potentially millions of enrollees' premiums as unpaid when they still had several weeks left to pay their bills. Insurers, in fact, said they had warned the committee that the data was preliminary before it was published online on April 30.

"At the current time enrollment and payment information can only be presented as of each day when the numbers are counted," J. Darren Rodgers, senior vice president of the Health Care Service Corporation, testified. "As such, there are natural lags between the effective date of coverage and the date on which the member's coverage payment may be due." 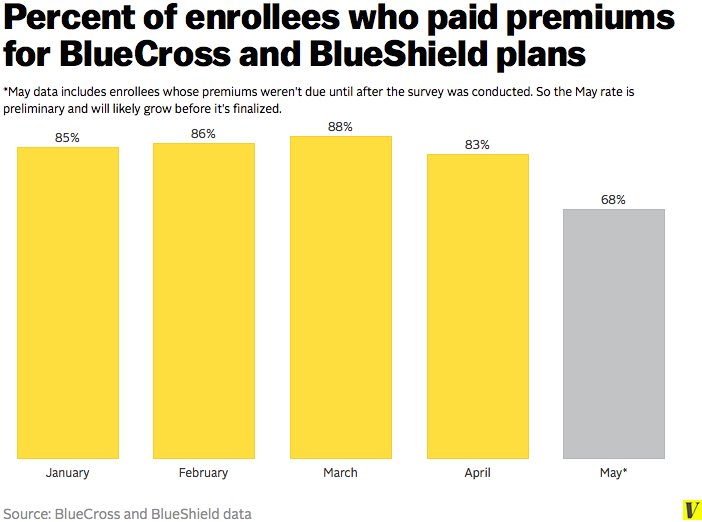 Insurers also said that changes in premiums, including possible decreases and double-digit increases, will vary depending on where a health plan is offered. In earning calls, insurance executives echoed similar statements.

Republicans contended that their report was necessary because the White House failed to provide transparent information about how many people paid their first premiums.

"We began asking for basic data from the administration on enrollment one week after the launch of HealthCare.gov, and the administration has rejected our requests for more information every time," Rep. Fred Upton (R-MI) claimed.

Democrats, on the other hand, said the report was purposely misleading and part of an ongoing political agenda against the health-care law.