Most teachers spend hundreds to pay for supplies, special projects, even field trips

Share All sharing options for: Most teachers spend hundreds to pay for supplies, special projects, even field trips

One way to celebrate Teacher Appreciation Week: make a donation to teachers.

There are some signs in recent years that teachers are increasingly relying on their own pockets and outside donations to fund their students' educations.

In a 2013 survey from the education-focused Horace Mann Companies, for example, teachers reported spending hundreds of dollars for classroom projects and supplies throughout the year, despite already making considerably less than some of the highest-paying jobs in the nation.

A majority of teachers spend hundreds of dollars on their students

Different levels of government sometimes reimburse some of these expenses. But in many cases, teachers are left alone to carry the bills. 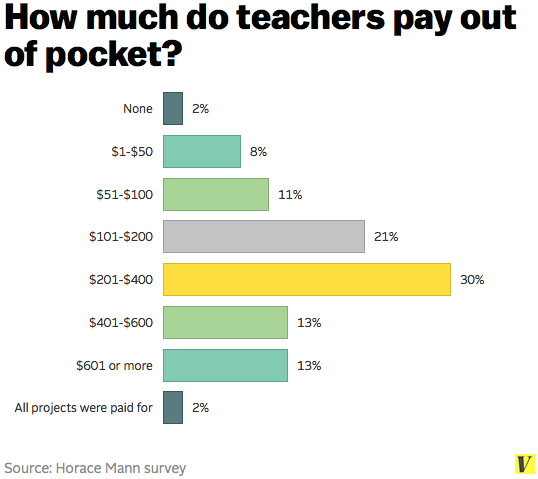 The dollars cover a wide range of topics and goods, from general classroom supplies to college and career preparation projects for students. 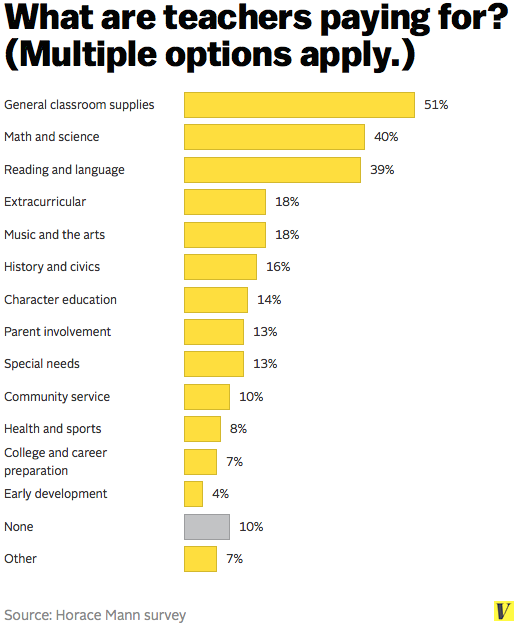 Most teachers have projects canceled throughout the school year

The teacher-paid projects, however, don't cover everything that educators would like to take on. The survey found a plurality of teachers had more than two projects canceled in the school year due to funding issues, and more than eight in 10 teachers had at least one project canned. 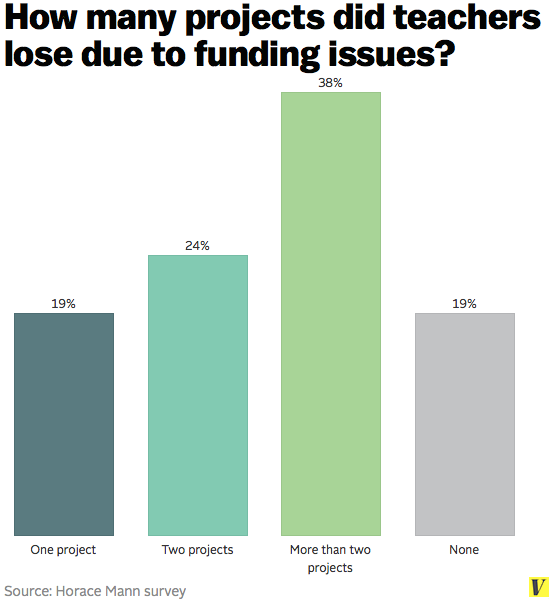 Third-party services help make up the funding gap, too

It's no surprise, then, that teachers are also turning to third-party services like DonorsChoose.org to fund the education of their students. Among the projects funded through this service are books, technology (laptops, tablets, and document cameras), classroom supplies, field trips, and class visitors. 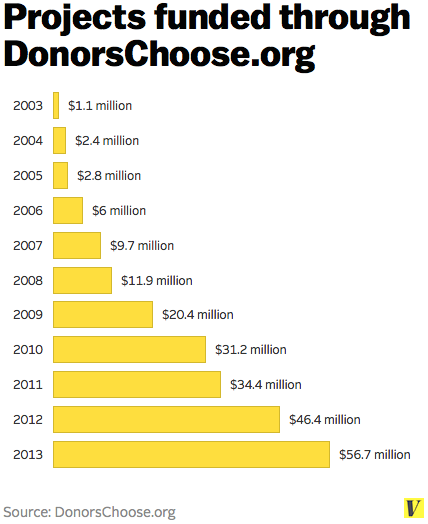 A lot of schools benefit from these donations: 57 percent of public schools and 61 percent of high-poverty schools have participated in DonorsChoose.org at some level. 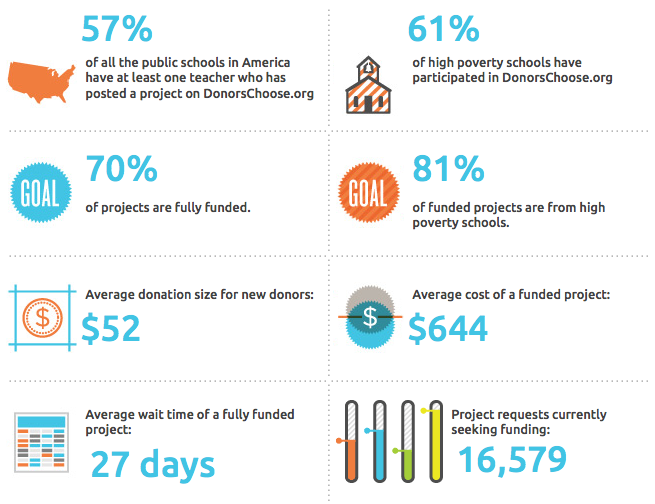 A major driver of these out-of-pocket expenses: education spending has remained relatively flat in the aftermath of the Great Recession of 2008 and 2009, which means education funding hasn't kept up with inflation. 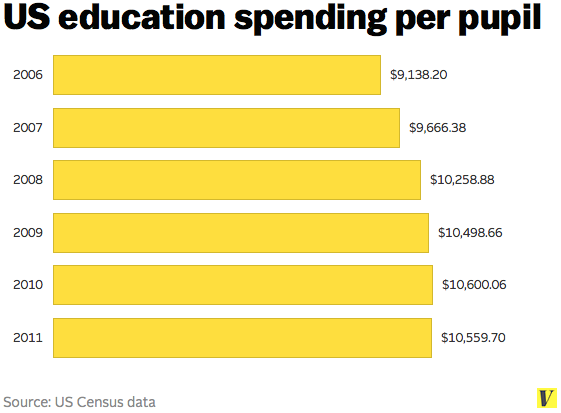 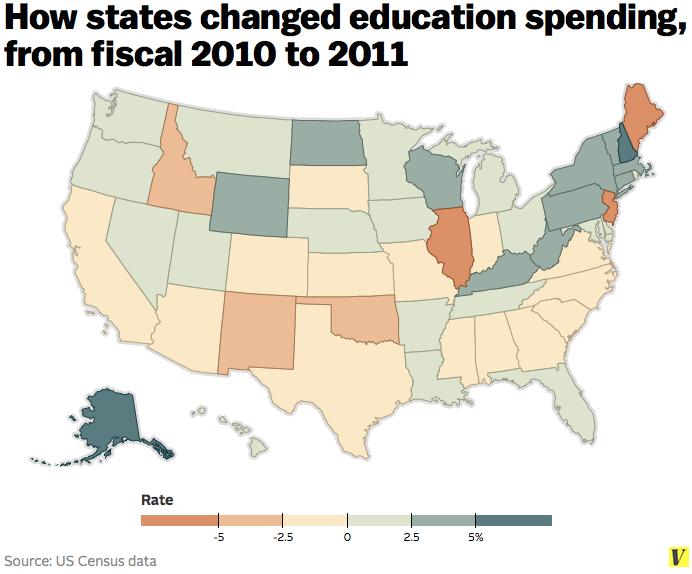 Some of the cuts are pretty big, adding up to hundreds of dollars per student. It's not surprising, then, that some teachers feel the need to spend hundreds of their own dollars to make up for some of the lost funding.