The federal government thinks it will spend $900 billion less on health care programs over the next decade than it projected just three years ago, according to a new analysis from the Committee for a Responsible Fiscal Budget.

Most of that isn't due to the federal government cutting programs or reducing what it pays doctors. Its largely due to the fact that health care costs have grown a lot slower in the past four years than they did in the past. 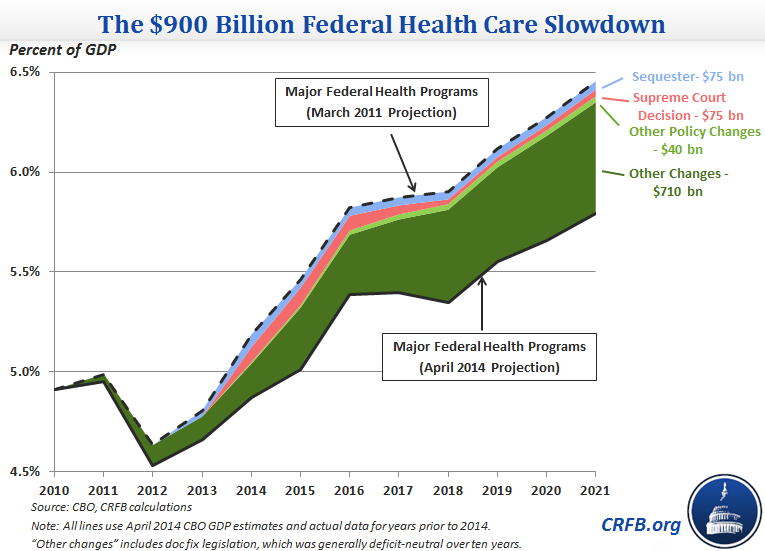 Collectively, those three programs cover more than a third of all Americans. And that means any change to health care spending, however tiny, can have a huge impact on the federal budget.

The CFRB analysis of Congressional Budget Office data suggests that about 80 percent in the expected reduction in health spending is due to the fact that health care costs grew really slowly for the past four years. Instead of outpacing overall economic growth, as they typically do, medical spending grew at pretty much the same rate as everything else.

The other 20 percent reduction comes from specific policy changes that happened in Washington. When the Supreme Court ruled that states didn't have to participate in the health care law's Medicaid expansion, for example, that cut the amount that budget forecasters expect the federal government to spend on the public program.

But by and large, most of the spending reduction comes from the fact that health care costs have grown slower than expected — a huge boon for a country that also happens to be a massive health insurer.